16 African Streetwear Brands You Should Keep On Your Radar 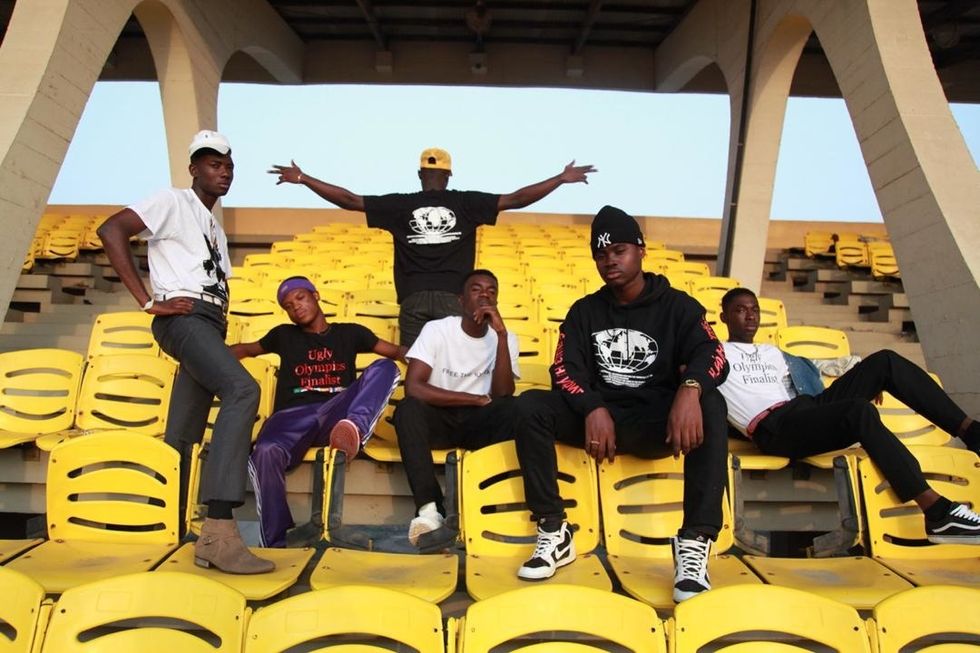 Photo courtesy of Free The Youth.

Get to know the African streetwear brands continuously shifting the fashion world.

Streetwear is said to have emerged from neighborhoods rather than fashion designers and is often associated with hip hop and skateboarding culture. It's an unorthodox aesthetic rooted in unapologetically dressing outside the box with an ironic cult following.

Where it was once deemed an underground movement and subculture hell bent on rejecting a number of ideologies, today it has become synonymous with being fashionably cool. Gone are the days of old-world thinking—today's fashion houses often borrow their ideas straight from the "streets."

Consumers are flocking to retailers for graphic-adorned hoodies, tees, sneakers, jackets, sweats and bags and the African diaspora isn't immune to this scurry. We are unarguably the cause of this shift in culture.

The evolution of this lawless fashion form is rooted in an appreciation for originators Karl Kani, Ecko, FUBU, Sean John, Phat Farm, Rocawear, and G-Unit clothing. These brands are the blueprint for their predecessors Stussy, Supreme, Bathing Ape, Hood By Air, Vetements, Off-White, Heron Preston and Fear of God, to name a few.

The lines have been blurred. Streetwear aficionados are as much the elite as they are cool kids.

Dig into our list of 16 African streetwear brands you should keep on your radar.

Casablanca is the Paris-based label inspired by founder Charaf Tajer's Moroccan origins. For those of you unfamiliar with Tajer, he is heralded as one of the co-founders of the essence of Parisien cool, Pigalle. His first solo collection, which launches October 31, is fully manufactured in Casablanca and full of bright and bold hues. The SS18 drop will be comprised of relaxed tailoring and terry tracksuits. The line will be "a cross between comfort and elegance."

In 2011, founders Jimmy Ayeni, Ola Badiru, and Anthony Oye set out to launch a brand that expresses their ideals and over the years, Modus Vivendii, has stayed true to its ethos—"just making cool shit." It's a unisex street couture brand based between Lagos and London with notable features in Vogue Italia, Hypebeast, Highsnobiety and Vogue Arabia. Modus Vivendii's mission is to amplify youth culture in Nigeria and the goal has far been exceeded through their collaborations with Off-White, Nike and their international presence in a Japanese boutique.

Budding Nigerian streetwear brand Severe Nature was established as a means of pushing urban trends forward. The brand follows a distinct model of dropping exclusive collections season to season and aims to eventually distribute all over the African continent.

Much like other brands on this list, Bearded Genius encapsulates youth culture. For 3 years, the brand has kept a pulse on the streets dressing Nigerian millennials. They've not only placed enticing logos on shirts, they've created beard oils, shaving powders and balms to capitalize on the fact that to set oneself apart, you must break away from one niche market. The brand has tipped its hat to Fela and even collaborated with Davido.

Sanusi Lagos was founded by celebrity stylist and designer Seyi Sanusi in 2013 as a means of bridging the gap between affordability and high quality sports-luxe inspired clothing. Its signature pieces include windbreakers with utility exerts, tracksuits, hoodies, sweatpants, shorts, bomber, biker and trucker jackets.

UK-based brand Mojo Kojo can not be missed courtesy of its prints and motifs on apparel handmade by Nigerian artisans. Founded in 2015 by Koye Adesanya, it was born out of a desire to wear African-print streetwear with a 90s feel. Today, it's a hit with festival and party-goers; college and high school students. The brand has joined forces with both K-Swiss and Urban Outfitters.

Daniks Peters is the Ghanaian brand that embodies the retro urban culture of the youth in the country. Designer Dorcas Kpogoh's first collection, The Junkyard, was inspired by broken down vehicles in Kokompe, Accra and aimed to help raise awareness about road safety, as approximately 21,000 people died from traffic accidents in 2017.

Free the Youth is a collective and agency of nine young creatives determined to empower African youth and penetrate worldwide art scenes. It aims to showcase street-style via social media and later grow into a notable clothing brand and creative agency. The collective's first collection, produced in late 2015, featured t-shirts and sweatshirts with its mantra, "this pain printed on cotton" and was seen at Accra's Fashion Week 2017. Ghetto University of Tema, the second collection that's still unreleased, has been dawned by popular BET Award-nominee, Kwesi Arthur.

Envisioned by Jonathan Coffie in 2013, Free The Youth played a hand in helping with the creation of visual masterpieces like this Grind Day music video. They're known to rummage through shops, seeking out the most eye-catching stuff to wear and just landed a Nike collab (but you didn't hear that from us).

Ghanaian entrepreneur, Kulaperry, has big plans for his brand, FearNoMan. Launched just 2 years ago, it's set to take over the urban African fashion industry with its presence in 29 countries. It owes its success to social media marketing and branding. With a powerful logo that represents African heritage, the struggles we endure to achieve our dreams and meditation, the brand is speaking to all sorts of consumers.

Cape Town-based multi-disciplinary brand OH OK prides itself on collaboration, quality, sincerity and comfort. Launched just a year ago, it's released a number of well-received collections and lookbooks.

South African designer Nokana Mojapelo is the brains behind DOCC (Dreams of Conceptual Content), a streetwear line heavily influenced by construction work. Mojapelo has collaborated with Nike and his 2017 STAFF ONLY collection sold out rapidly. The same will certainly occur for his latest collection, Suicide Awareness.

Beautiful Boys is the simplistic, locally-produced Jozi-based brand that offers two-piece tracksuits and graphic designed t-shirts. It's message is rooted in black boys and men seeing the beauty within themselves. The brand's strength lies in its high-quality materials and visuals.

Suave creates eccentric leather goods, backpacks and accessories from materials like kitenge and denim. Founder Mohamed Awale has been turning waste into quintessential items for traveling around Nairobi since 2014. The sustainable brand, whose products are created with unwanted fabrics and leathers, offers a variety of bold or subtle prints and patterns.

ChilliMango is an urban clothing line that is handmade in Kenya. Founded in 2010, it was one of the first brands to adopt the use of khanga and leso as its main fabrics. It creates pieces like jackets, t-shirts that feature proverbs that "only true Kenyans can understand," bags and housewares.

Vieg Yuro is a clothing brand created in 2015 by Evanilson Viegas, a fashion designer who aims to re-educate society and national fashion lovers by influencing them to wear artistic clothing and street patterns.

Amna Elshandaweely is the Egyptian "tribal wear" brand that mixes traditional trims with street style fashion. Pieces are made in Egypt, Sudan, Kenya and Ethiopia by craftsmen on the ground. Its founder draws inspiration from a variety of cities and cultures. She celebrates her North African roots in such a unique manner, it's no wonder she's caught the eye of CNN's African Voices and competed in Project Runway Middle East.