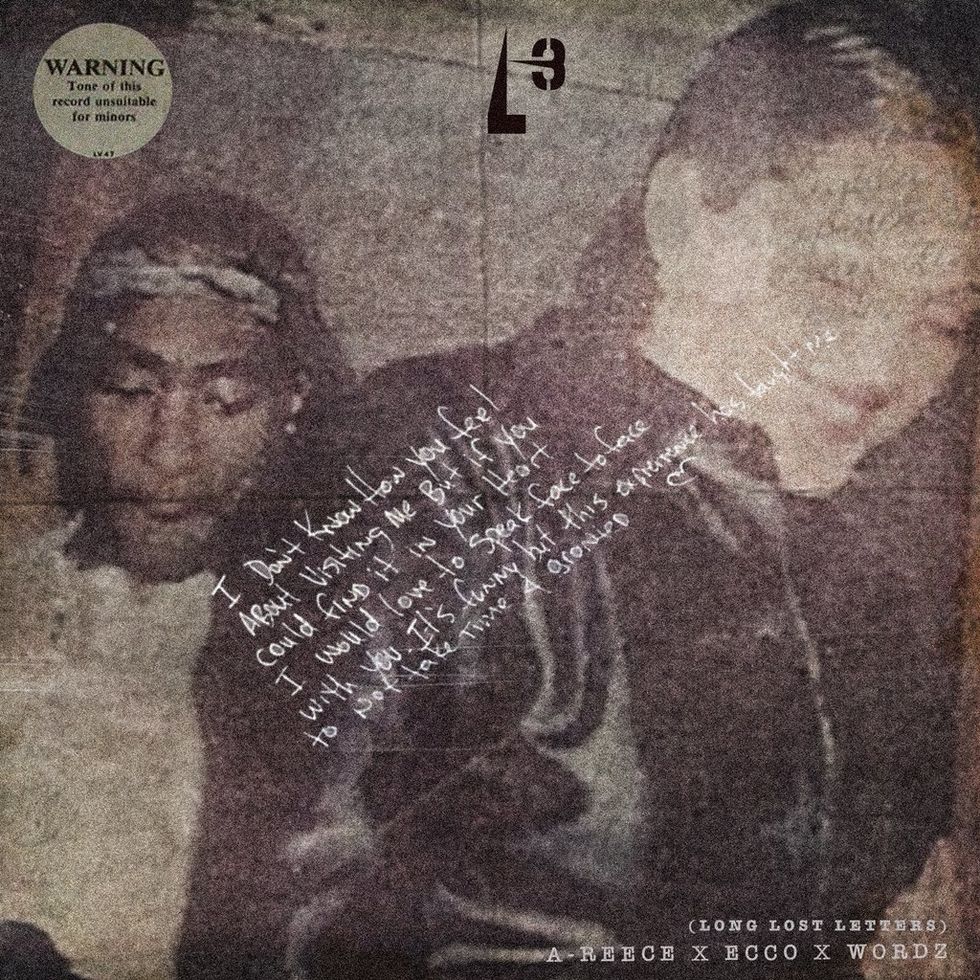 While caught up in the hype of new albums by superstars such as AKA, and Jay-Z and Beyoncé, you might have missed a gem of a project. South African rappers, A-Reece, Ecco and Wordz, released L3 (Long Lost Letters), an EP that just might be the best South African rap release you will hear this year.

L3 is an impressive display of great raps and beats. While there are no songs about racism, fragile masculinity and all the other ills rappers need to address in order to be recognized by scholars as potent artists, it would be a travesty of justice to dismiss L3 and not recognize its excellence.

On the project, Reece, Ecco and Wordz, who are all members of the popular Pretoria-based hip-hop collective The Wrecking Crew, tell their own stories of growing up, getting into the game, meeting shady characters, and learning about people's shitty ways. The autobiographical opening song "Dark Daze," sees the rappers reflecting on how far they've come in the game, highlighting the lowlights of their lives and careers.

The second song "Better Daze (May 25th)," is the opposite—it's a celebration of the present day. That date is special to A-Reece and The Wrecking Crew as his video for the song "Meanwhile In Honeydew," which was released independently after he left Ambitiouz Entertainment, reached a million views. On the song, A-Reece raps: "Never too busy to take a moment to sit and pray/ 21, and life is moving at a different pace/ 21, I still have demons that I gotta face/ Me going through it day-to-day, I'm growing stronger faith/ May 25th, I can't believe, we hit a million views/ The only way to change the game is to break the rules."

It's such penmanship—direct, eloquent and effective—that characterizes L3. Clever but accessible wordplay, bars that sit perfectly over beats, and coherent song concepts that are evidence of chemistry among the three rappers, is what you'll find on all nine tracks. The trio have mastered the craft of making hooks that are catchy without being corny and mundane, whether rapped or sung.

Read: B3nchMarQ and the Art of Making Something From Nothing

On "Welcome To My Life," the trio muse on their lit lives, they're smoking the best shit and living the life on the road. The hook goes: "Baby boy dropped the hits/ Baby boy copped a crib/ Me and the gang I'm with/ That's how the cash is split/ Baby boy gone, he missing/ I'm never home, I trip/ Smoking on tangerine."

A-Reece, Ecco and Wordz are young, and their lives are headed in the right direction, and Long Lost Letters is a celebration of that. Unlike most celebratory projects, however, L3 is a bit reserved sonically. Most of the beats are mid-tempo, split halfway between boom bap and trap. Most of the production is handled by Mash Beatz and A-Reece, and has a uniformity that doesn't lead to monotony.

And, just like with most reality shows depicting young people living their best lives, what you see will either have you shaking your head in judgment or just sitting there, wishing your boring ass life was as exciting.

This is easily one of the best rap releases of 2018 so far, A-Reece, Ecco and Wordz are great rappers and they made a collection of equally great rap songs that sound great together, without trying to be a lot of things at once. As the adage goes, less is more.