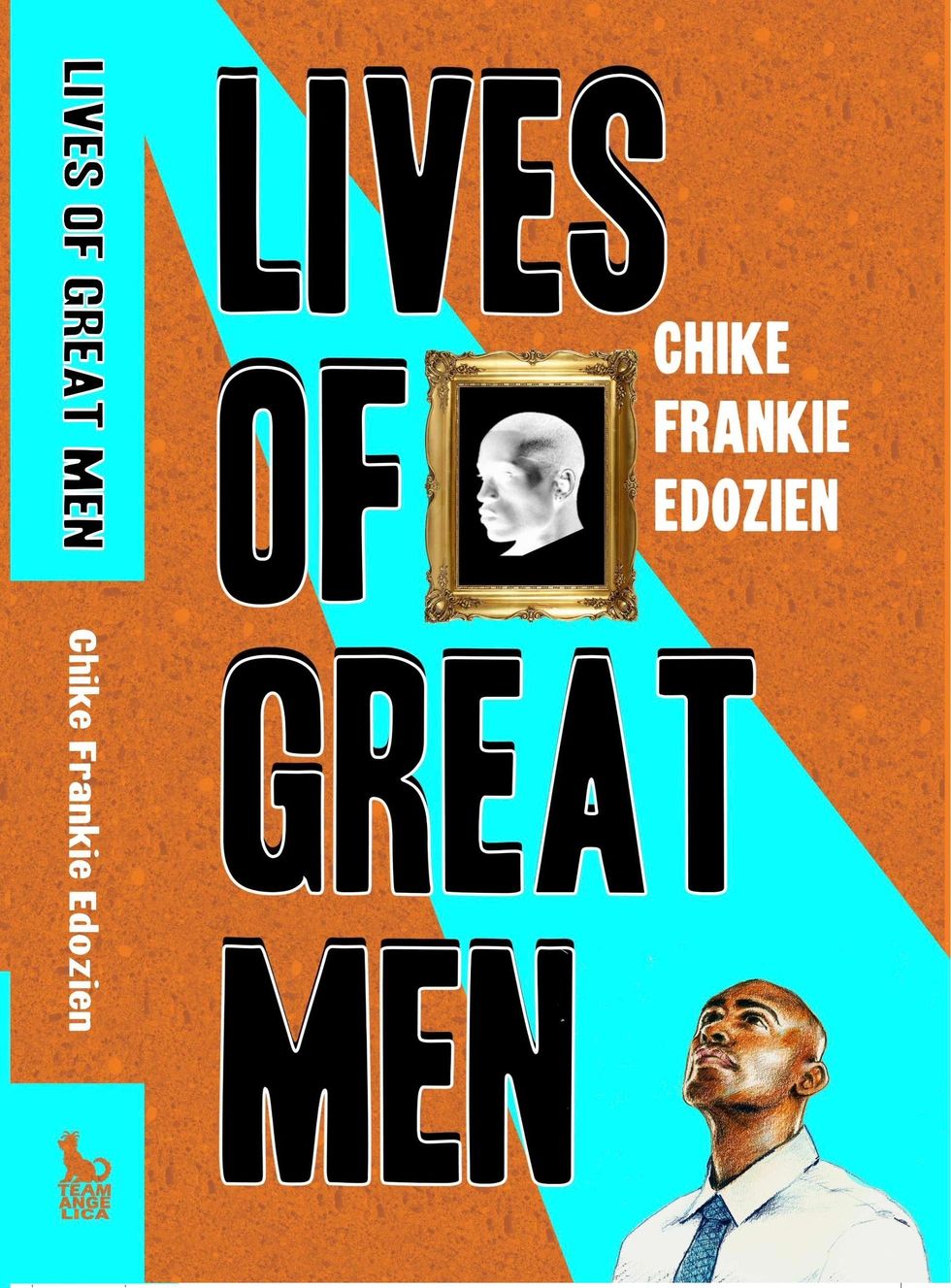 In conversation with journalist Chike Frankie Edozien about his new book, "Lives of Great Men."

Lives of Great Men, a memoir by Nigerian-born journalist Chike Frankie Edozien, chronicles his life as a gay man amidst the backdrop of Nigeria's changing political regimes in the 90s, immigrating to the U.S. and traveling around the world as a journalist. But Edozien's life isn't the only one at the center of this story. In 17 chapters, Edozien illuminates the lives of many around him, countering the narrative of those who diminish the existence of an LGBT community in African countries.

The depiction of LGBT life in African writing is not a new phenomenon. Queer characters have appeared on the pages of African literature from as far back as the early 70s, but these characters were usually fictional and not always depicted as "full human beings, with real lives and loves and dreams," notes Otosirieze Obi-Young, deputy editor of African literary blog, Brittle Paper.

The book, which has been hailed as "Nigeria's first gay memoir," discredits singular depictions of queer Africans by highlighting the lived experiences of real LGBT people, and in turn, pushing back on detractors who argue that LGBT life in Africa is non-existent. Unlike fiction, which can be discredited simply as imagination, Obi-Young says that with nonfiction, "there is no hiding place, you are insisting that what they are denying exists."

According to Edozien, it was easy to tell his own story, but for many of the men and women whose experiences were shared in the book, it was a much more difficult line to walk.

"People allowed me in after a period of intense negotiation, but they allowed me in, and I tried my best to represent them as honestly as I could," he says.

In the book, Edozien writes about the lives of the African men and women he encounters with a familiar candor, humor, and disbelief, in some instances. He writes with anger about the political and cultural forces that negate the existence of the people whose lives he chronicles. He also writes with joy and pride at how so many have continued to thrive, despite efforts to ensure the opposite.

"What I wanted to do with this book was talk about a broad spectrum of things," he says to me in his office at New York University, where is he is a journalism professor. "I didn't just want to talk about the bad stuff, I wanted to talk about the wonderful people who are being very supportive of their gay friends and children, and those who are living fulfilled lives and doing things, in spite of all of this."

The book is also a response to what Edozien calls an increasingly less tolerant society and the scapegoating of the African LGBT community. According to a 2017 report by the International Lesbian, Gay, Bisexual, Trans and Intersex Association (ILGA), 33 African countries criminalize homosexual behavior and/or attraction, with some like Nigeria threatening imprisonment for 14 years, and criminalizing agencies set up to advocate for the country's LGBT citizens.

The book shows that recent attacks on LGBT Africans are in direct contrast with what Edozien observed as a child, noting that "it went from a tacit acknowledgment [of LGBT people] to let's jail them, let's beat them up," he says. "I started to see that this was a constituency that had very little defenders and it was easy to attack them and get away with it."

In Nigeria alone, scores of people who are part of the LGBT community have been harassed, arrested, and attacked because of their sexuality or affiliation with LGBT organizations. This has led to an increase in Nigerians fleeing to the U.S. and Canada to seek asylum.

Edozien expresses his wish for the book to set off a domino effect in countries on the continent and to open up room for dialogue about LGBT issues. But most importantly, Edozien hopes the book will encourage other queer men and women to tell their stories.

"That's one of my hopes, that more stories will be able to come out because of this," says the 2018 Lambda Literary Award winner for gay memoir or biography. "I still find it weird that people think we don't have these stories to tell."

Currently, the book hasn't been released in any African country, but many readers and writers on the continent are looking forward to its impending release. "It's an important book; it's the sort of book we like because it challenges the way we think and forces us to ask ourselves important questions about our beliefs and the journey to arriving at those beliefs," Lola Shoneyin, writer and director of the Ake Book and Arts Festival, says.

Although Edozien began writing the book in earnest in 2013, he has been writing stories about contemporary LGBT life on the continent and in the diaspora for well over a decade. To him, the book is simply a continuation of his past work.

"And sometimes, I feel like I haven't even finished," he says with a laugh.