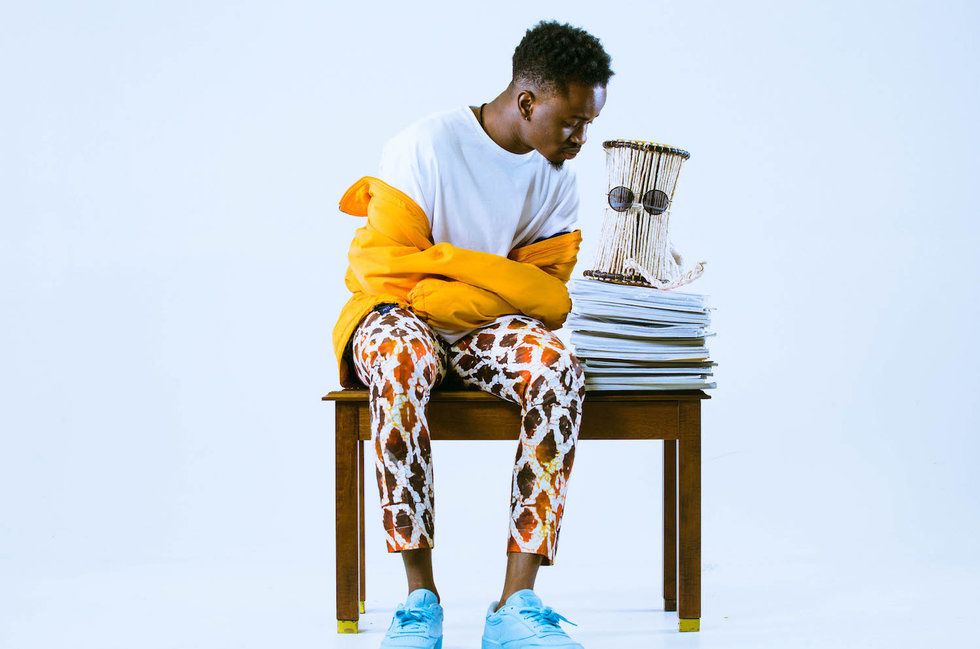 Mannywellz. Photo courtesy of the artist.

Many 'Dreamers,' including Nigeria's Mannywellz, performed on the John Daversa Big Band album.

Out of the many headlines coming out of the Grammys, you might have missed this one.

As a recipient of the Deferred Action for Childhood Arrivals (DACA) policy, Mannywellz' is one of the 800,000 young immigrants who receive a renewable two-year period of deferred action from deportation and eligibility for work permits. That is all in limbo under the Trump administration's mission to repeal DACA.

Mannywellz is a rising young artist who's toured with Jidenna, collaborated with Adekunle Gold, and garnered millions of plays on streaming services. The ultimate decision on DACA could crush Mannywellz' career.

We interviewed him last year when he told us, "It was tough before DACA. I couldn't get a regular job, so I had to buy Jordans or phones and flip them just to pay my own phone bill. Things were hard. My dad had moved back to Nigeria, so it was just my mom and my younger siblings. That was five years ago or so in 2012. I remember my friends being able to drive when they were 16 and I had to wait until I was 19 or 20 years-old to get a freaking permit. Receiving the DACA was a relief because I was able to get a regular job—from Ledo's to Sun Trust to PNC, you know."

However he, like many other DACA kids, remains positive, "My main goal is to inspire kids that are just like me. Coming out and letting everyone know that they're not alone in this DACA fight and that we can stand together, pray together and make something happen. I think that's my main goal with my art, with what I stand for and what I release on social media."

Listen to American Dreamers: Voices of Hope, Music of Freedom from John Daversa Big Band and DACA artists below.