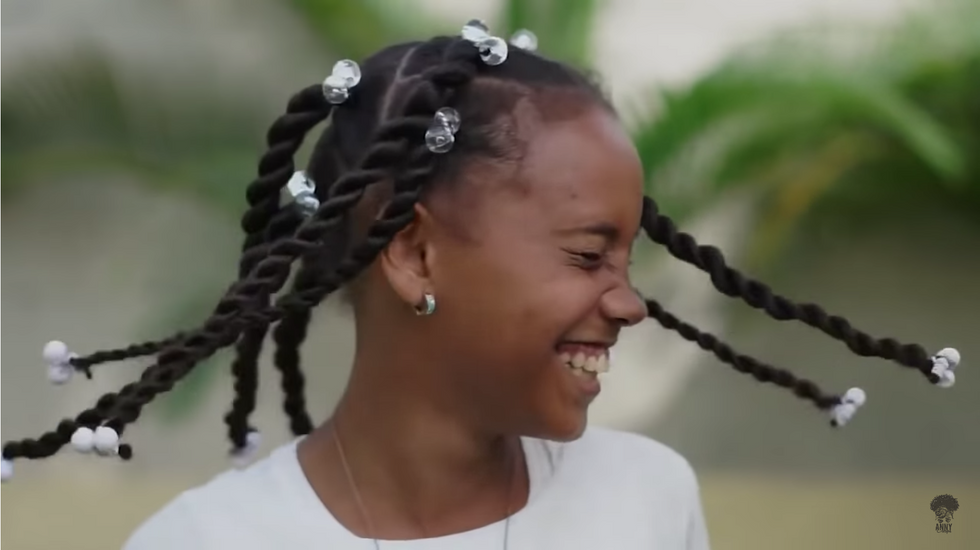 Marianela Pinales' dismissal from her position the same day the motivational campaign was released raises questions on the true motive behind the ministry's decision.

It pays to encourage every young, impressionable black child to accept themselves for who they are—even when it comes down to loving their natural hair.

Marianela Pinales did so through a new campaign she helmed on behalf of the Dominican Republic's Ministry of Education, entitled 'Ni Pelo Bueno, Ni Pelo Malo,' which translates to 'No Good Hair, No Bad Hair,' Latino Rebelsreports.

The PSA celebrates all hair textures in an effort to counter the stigmatization of black hair people face in the Dominican Republic. In the video, you'll see young students with diverse, gorgeous hair stand firm in what's theirs. "Vive tu vida, y suelta mi cabello en banda (live your live and leave my hair alone)" one young girl says in the video.

Hours after the campaign was released, Pinales was dismissed from the ministry, where she served as the director of gender equality and development. According to Dominican journalist Edith Febles, Pinales was told her dismissal was due to an order from her superiors. Questions have been raised asking whether her firing was due to such an outspoken message being spread at a time where Black Dominicans are fighting against anti-blackness and hair discrimination.

Glenn Davis Felipe, the ministry's director of communications, rejects the claim, saying her dismissal "has nothing to do with the aforementioned campaign," El Caribereports.

"We support the campaign and in the coming days we will deepen it," the official says.

Watch the campaign video below.