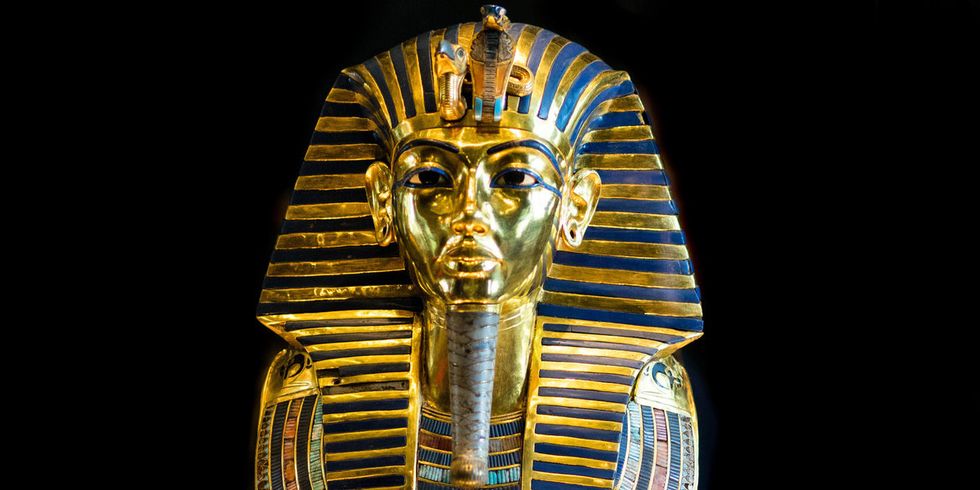 The famous burial mask of King Tutankhamun on display at the Egyptian Museum in Cairo, Egypt. Photo by Mark Fischer via Flickr.

The rare statue was sold to a secret buyer for $6 million, and now the Egyptian government has enlisted international police to track it down.

The Egyptian government has announced its plans to sue the London auction house Christie's, after it went ahead with a sale of a 3,000-year old statue of Pharaoh Tutankhamun.

Last month, the Egyptian government pushed for the cancellation of the sale, demanding that the auction house prove ownership of the relic first. Despite its efforts, the statue was sold for 6 million dollars to a secret buyer last week, as the auction house claimed no wrongdoing in the obtaining or selling of the artifact.

According to Al Jazeera, Egyptian authorities have enlisted Interpol—the world's largest police organization—to track down the bust. Authorities also disclosed plans to hire a British law firm to file a civil suit against the auction house.

Egypt's Minister of Antiquities, Khaled al-Enany told the BBC, that the ministry would push for the restitution of 32 other cultural relics sold by Christie's, reports BBC Africa.

In June, the Egyptian embassy warned of its plans to involve interpol in an investigation if the bust, which it believed to be stolen, was to be sold "illegally."

"If it's proven that any piece has been illegally moved out of the country, we will take legal action with the Interpol," said an embassy spokesperson. "We will never allow anyone to sell any ancient Egyptian artifact."

Christie's Auction House, however, has maintained that the bust was acquired legally.

This is only Egypt's latest effort to gain back its cultural relics. At the start of the year, a cartouche of King Amenhotep I was returned to Egypt after it was tracked down online and stopped from going on auction in London.