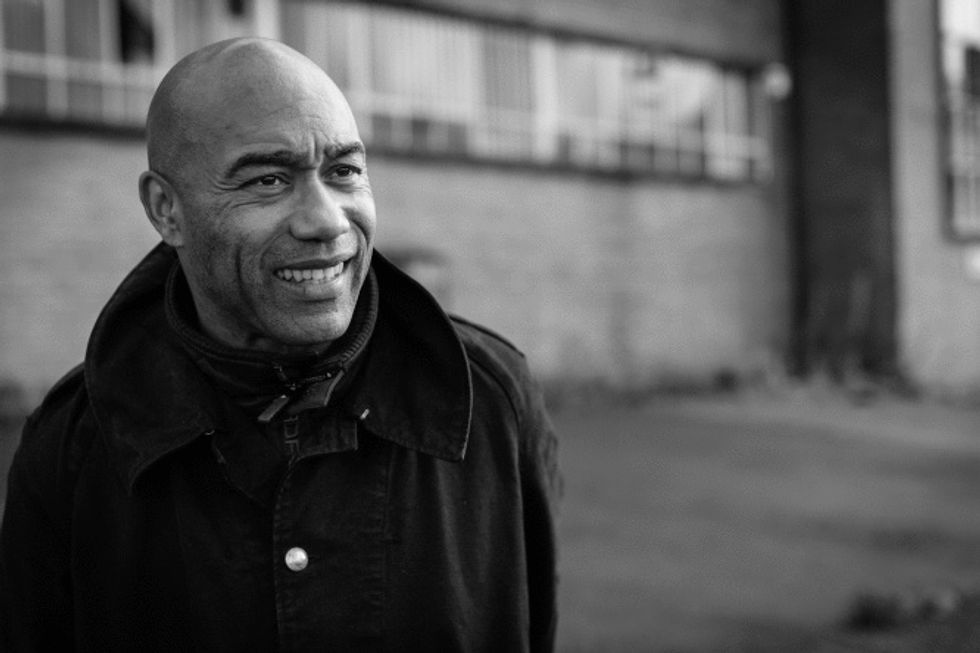 Gus Casely-Hayford started his tenure to preserve the cultural legacy of the continent through art in February.

African art in the ownership of western museums has a controversial history. In April, the Victoria & Albert Museum'sannouncement to loan Ethiopia artifacts which England acquired from the country's ruler, Emperor Tewodros II, painfully echoed the colonialist practice that justified the overtaking of the treasures in the first place. The politics of repatriation of African art impose a prickly moral reckoning for the western institutions in possession of the continent's artifacts in part due to the importance of arts as key to preserving the African narrative.

At the Smithsonian National Museum of African Art in Washington, D.C., preserving the cultural legacy of the continent through its arts is forefront on the agenda of its new director, Augustus (Gus) Casely-Hayford.

Casely-Hayford, who started his tenure as director in February, was born in London and is of Ghanaian and Sierra Leonean descent. A widely regarded historian and curator, he has a particular interest in the arts and history of pre-colonial Africa. In a dynamic TED Talk, he explained how the sacrifice African peoples endured—against forces of colonialism, racism, and war—to keep narrative alive are the underpinnings to the African body of material culture.

His series, The Lost Kingdoms of Africa, produced for the BBC, explored the continent's legendary kingdoms of the Asante, Zulu, and others. In March, he published a book on the history of Timbuktu. Casely-Hayford says that understanding the history that surrounds African art triggers for the viewer "a history between the object and themselves." He explains that identifying the connection is, "that very thing Europeans sought to deny—the idea of African intellectual tradition."

An enthusiast for the cultural history of the continent, he proclaims, "The idea of this very long trajectory of amazing civilizations that created the most incredible material culture and art…is the longest story of art and yet we know so little about it. And it's that fact that is mind-blowing."

The real-life application of Casely-Hayford's objective to impart the continent's cultural lineage through art are already reflected in the museum's programming. Aligning with the pop culture sensation of Black Panther, the museum hosted an advanced screening of the film and panel discussions with the film's director Ryan Coogler as well as costume designer Ruth E. Carter, whose designs for Black Panther emulated many of the decorative objects in the museum's collection. The film created a new visual culture in exploring the African narrative; Black Panther brought a reckoning with identity filtered through folklore.

At a press conference at the museum in April, Casely-Hayford announced his ambition to enrich the diaspora-continent exchange through collaborations between the museum and institutions on the continent. He is hopeful for programming partnerships with the museum's neighbor, theDavid Adjaye-designed National Museum of African American History and Culture. As the only museum in the United States dedicated to the arts of Africa, Casely-Hayford also mentioned the desire to enhance the museum's online tools for discovery and learning, particularly to become a reference point for students.

In his role as director, Casely-Hayford now commands the museum's collection of over 12,000 art objects from and pertaining to the continent, which he heralds as, "the single most important collection of African art on earth." With a devout ethos of preserving the cultural legacy of the continent one of his commitments, he reveals, was to support the museum's efforts to return works of art to the African continent. One of the museum's hallmark repatriation efforts was its involvement in returning the Afo-a-Kom statue—a symbol of royal authority—to the Kom people of north-western Cameroon in 1973, after it was discovered for sale in New York City.

The arts of Africa tell a story that is fundamental in bringing the narrative of African people and the story of its diaspora to life. The museum's next exhibition, World on the Horizon: Swahili Arts Across the Indian Ocean, explores the arts of the confluence of people from the Arabian Peninsula, Asia, Europe, and throughout the African continent—who collectively are often called "Swahili." Swahili coast artworks have been shaped by complex migrations across great distances, the formation of new empires, and the making and unmaking of communities and social identities, the museum explains. The museum's trajectory under its new director, his interest in hybrid approaches in the educating and engagement with art objects, and sensitivity to the continent's history aims to be doing the same.

World on the Horizon: Swahili Arts Across the Indian Ocean is currently open at Smithsonian National Museum of African Art until September 3, 2018, located at 950 Independence Avenue Southwest, Washington, D.C.