In Conversation with Karabo Poppy, the First South African Artist to Collaborate with Nike

Karabo Poppy is an award-winning South African illustrator, graphic designer and street artist. The majority of her work has been inspired by signature geometric patterns and vibrant African aesthetics.

Recently, she became the first ever South African artist to collaborate with Nike on their iconic Air Force 1 Low sneaker collection. Nike By You, which offers sneakerheads the opportunity to get some dope custom-made sneakers, teamed up with Karabo Poppy to design three unique sneakers whose aesthetic is distinctly African. Design-wise, the sneakers go where Nike itself has never gone and it's exactly what gives them a striking quality—they're hard to miss.

In a matter of days, the sneaker collection had completely sold out globally, yet another feat for a South African artist. And so naturally, we caught up with Karabo Poppy to talk about the success of her sneaker collaboration, what it feels like making history within sneaker culture and some of the biggest lessons she's learnt in the process.

You're the first South African to collaborate with Nike on their iconic Air Force 1 Low sneaker. How does that "first" feel?

Wow. I think it's been a little bit of a while because it's been a project we've been working on since January. But even to this day, it still doesn't feel real at all.

Would you term this a "surprise collaboration", or were you always making moves in the background to secure the opportunity to work with Nike?

It's a little bit of both. I do believe in working extremely hard and taking calculated risks while staying true to my individuality, the thing that would open up doors. I didn't think this would happen though. I'd always wanted my illustration and street art in graphic design to open doors, but I never thought it would open this kind of a door.

Was there any added pressure to deliver as an artist who was now being seen to effectively represent all of South African creativity?

Yeah, there was extreme pressure. I think, with this specific project, it was also two-fold because you had pressure from sneaker culture as a whole and then specifically, the sneaker culture in Johannesburg while also trying to make a shoe that is appealing globally. The pressure to be relevant and appealing to a very, very large market was the first one.

The second pressure was being able to tell an authentic story because that's where my inspiration comes from.

And then lastly, there was the pressure of working on a canvas I've never worked on before. I've never designed a shoe. Putting all of that together on a new canvas, making it relevant globally and then also representing it authentically came with extreme pressure.

Going in, did you already know what each sneaker would look like, or was it a process that unfolded itself as you went along?

I knew that I had wanted to do something that Nike hadn't done before, but I didn't necessarily know how I wanted to have that exist on the shoe. I first designed the shoe digitally, and then worked with the team to see how we could bring in a new way of applying the illustration to the shoe.

Was there anything that specifically inspired the design for each sneaker?

All three sneakers kind of have their own theme. When I was conceptualizing how I'd be designing the sneakers, I was thinking about tagging the current contemporary African aesthetic that we have. Africa is extremely broad, but I feel like there are common threads that we can find throughout the continent, and the first one being the very spiritual relationship with hair. But also, throughout the years, we've seen hair also being tied to politics. So, the first concept was paying homage to that common thread of an African's relationship with hair.

The concept for the second shoe was kind of talking about how all past roads lead to building something this new. So how history has allowed the creatives of today to be able to push boundaries and even break boundaries. Living in Africa and having parents that were very restricted to what they could do for a living, I needed to pay homage to all the work from previous generations that allowed me to be able to do what I want to do and do it well.

Then, the third shoe is about me speaking towards all African creative potential, both living on the continent and part of the African diaspora as well. It's about saying there's an unbridled potential that we still have yet to discover. 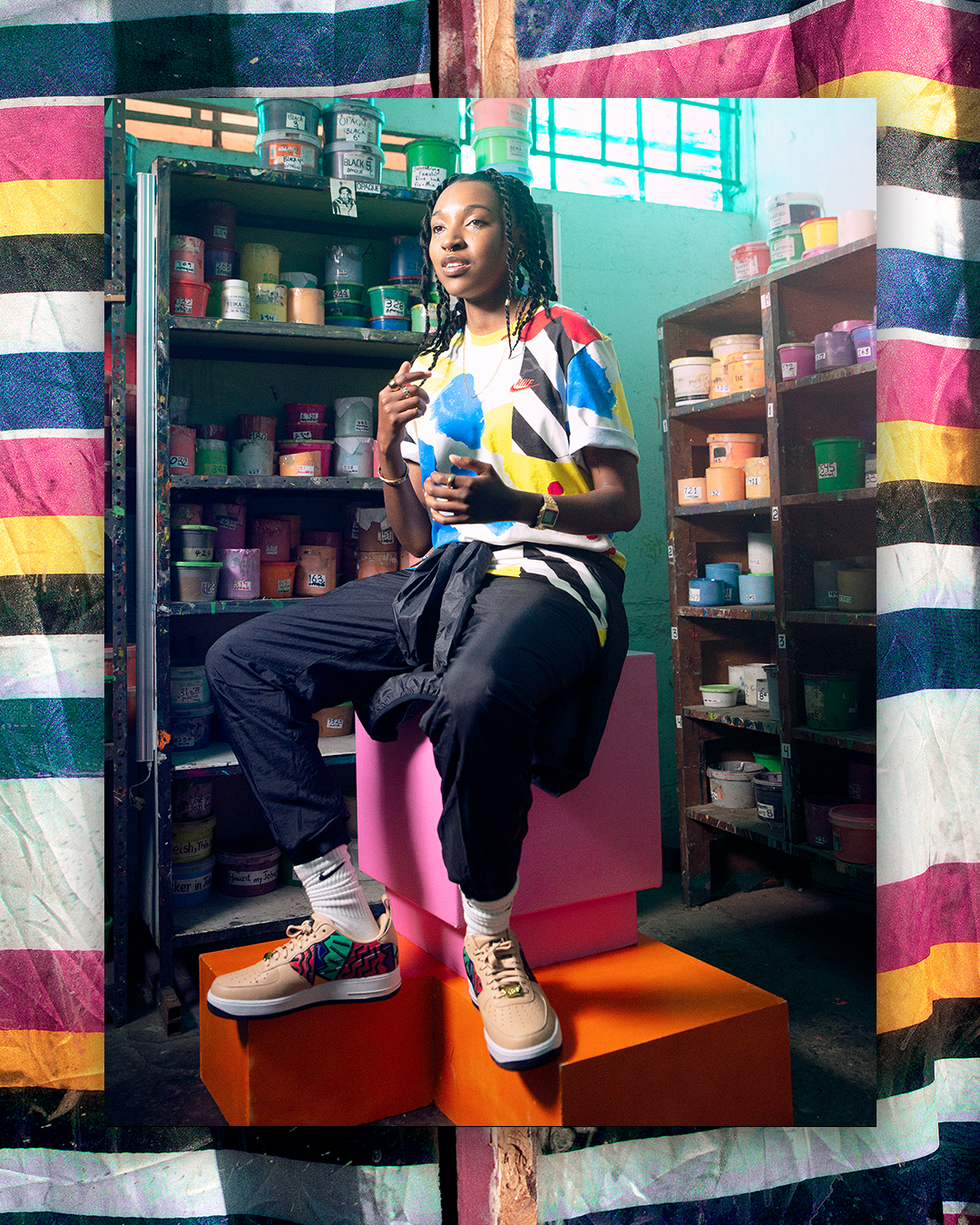 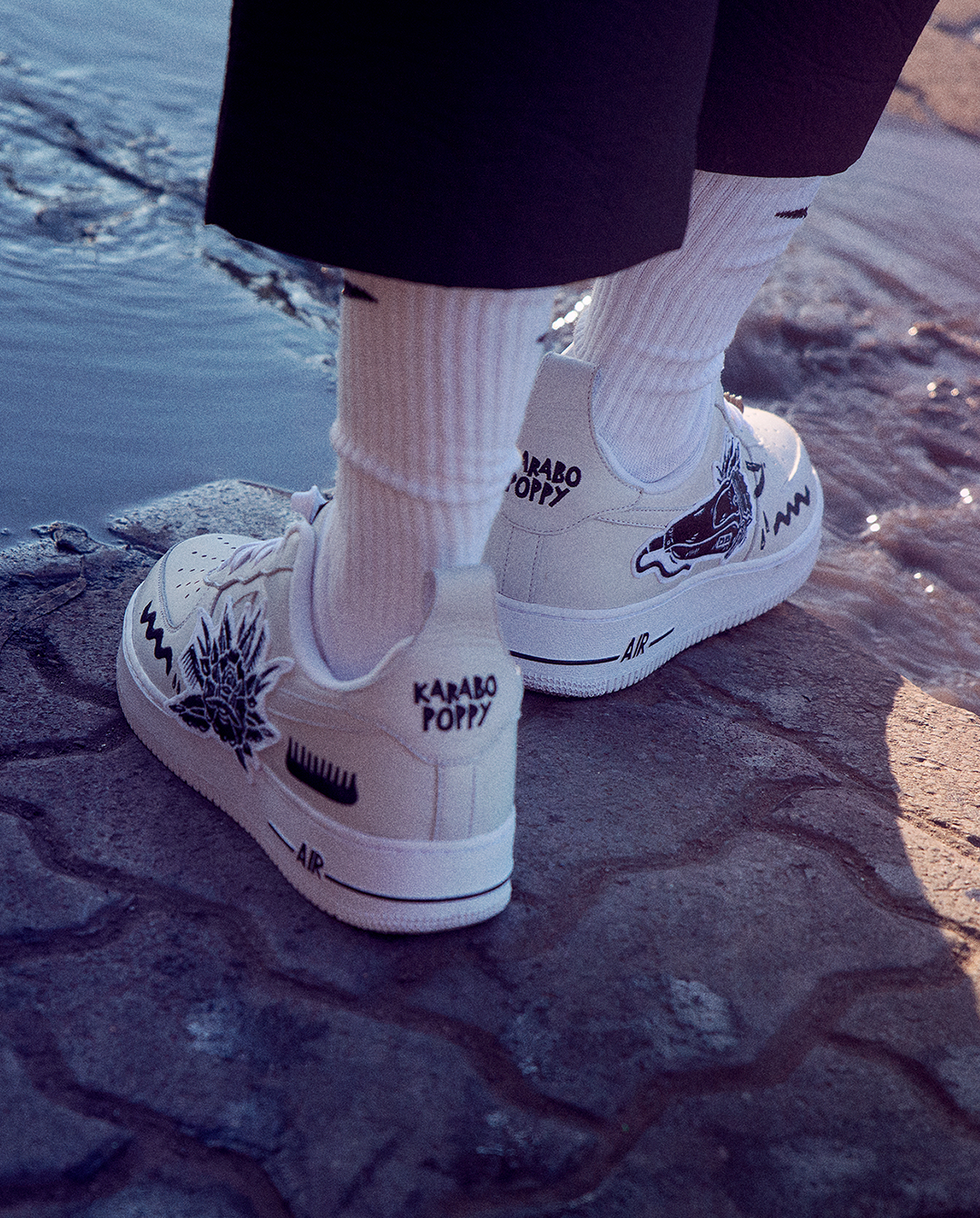 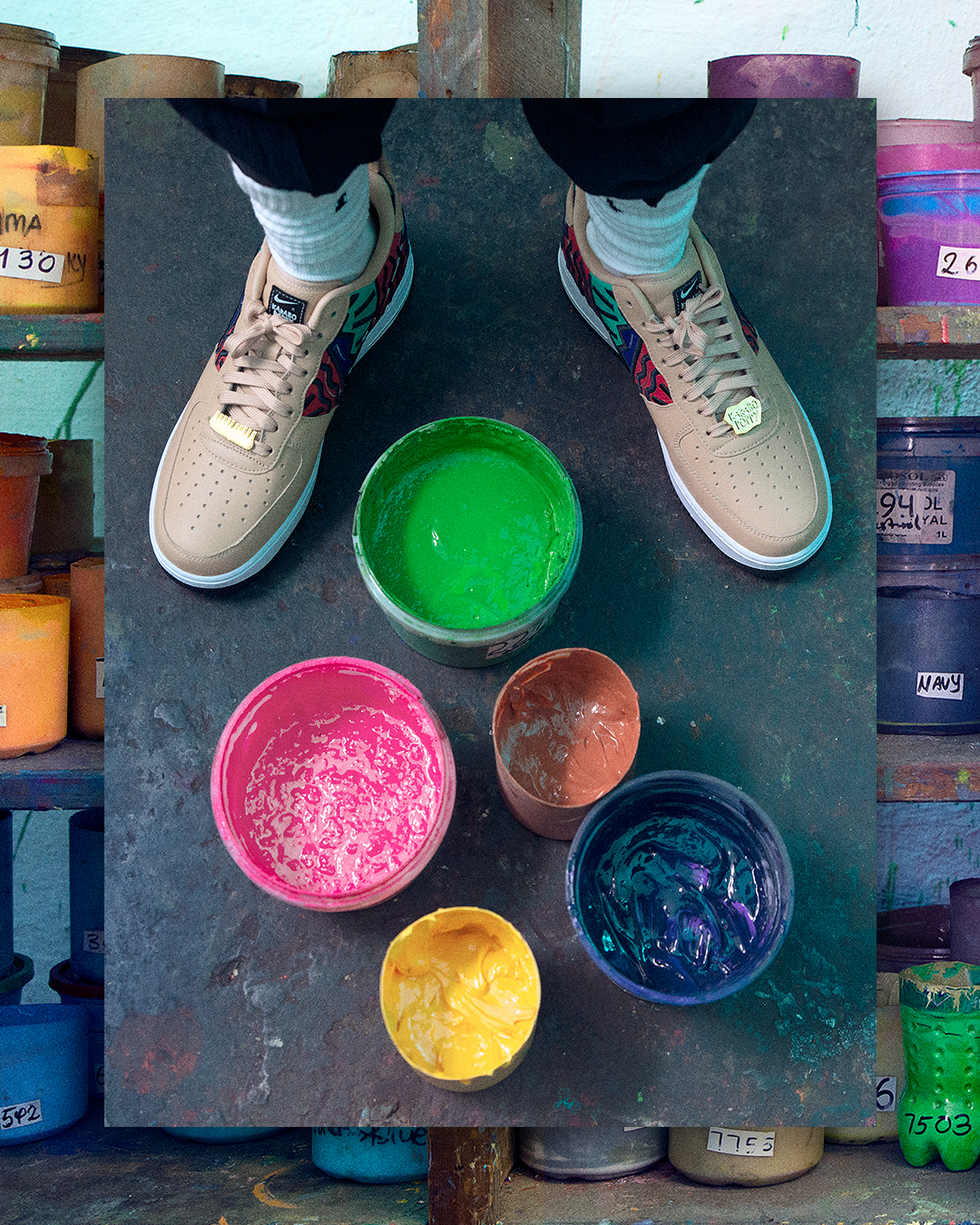 Which would you say is your favorite out of the three sneakers?

My friend, no! I have no idea. I really love them all the same. They're all so extremely different. It's very tough choosing just one.

How do you think the international community has received your sneaker designs?

From the feedback that I've been receiving over social media and from what the Nike team has told me, it's really great seeing how globally receptive the designs work. We sold out in four days which really shows how committed people were to the design. The sneakers sold out the fastest in South Africa, of course.

"In South Africa, they sold out in an hour."

And then, we had Japan sell the most overall. Spain had also sold out in three hours. We've got Europe. We've got Asia. We've got Africa. And I think those are really broad and extremely different markets. But, we've seen it do well in very different markets as well. So, I think it's been received well and that's really exciting. It makes me really happy.

What would you say was the biggest challenge and lesson of this collaboration?

I think the biggest challenge came from putting pressure on myself to be able to represent the African aesthetic and doing so on a new canvas. It was a very exciting challenge. I did have a very broad and great understanding of sneaker culture and sneakers, and a great understanding of illustration as well. So, it was very natural to marry the two. But, working on something new is always challenging.

I learned a few tricks of the trade when it comes to sneaker design. I actually got to know what goes into the back end of the hundreds of sneakers that I own. It was really interesting seeing how sneakers start off as a flat surface and how they get pulled from a flat design. Also learning about the intricacies that go into sneaker design and broadly, industrial design—something that I would want to pursue as well in the future.

The second lesson that I learned was about stepping out of your comfort zone and being experimental with your designs. I think that will always be met with great excitement, and people are really open to seeing others doing something new.

February has been quite the month for music. From the top shots in music right down to the rising new acts, we give you a list of some of the best songs to come out of Ghana this month. Check them out below.