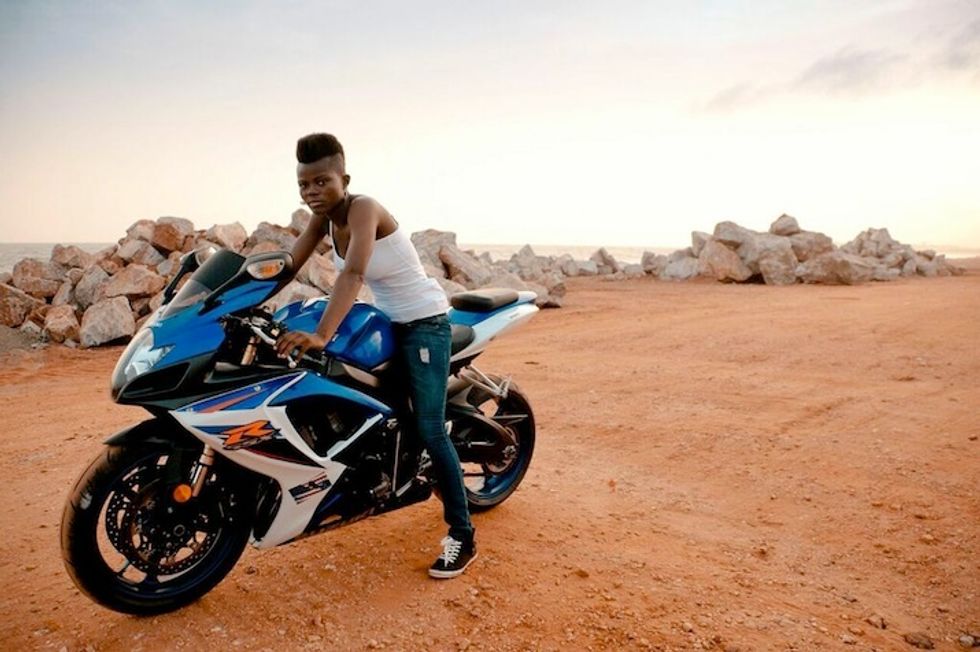 All images courtesy of the NYAFF

The 22nd edition of the New York African Film Festival is just upon us. This year's series, which has a special focus on the short format and digital technology, will see 50 narrative features and documentaries from 25 countries screening throughout the month of May, first at the Lincoln Center before heading to Maysles Cinema in Harlem (May 14-17) and finally the Brooklyn Academy of Music's BAMcinématek as part of the DanceAfrica festival (May 22-25).

The festival officially gets underway tomorrow with the New York premiere of Carey McKenzie's South African cop thriller Cold Harbour. The neo-noir film, which features an original soundtrack by Spoek Mathambo and composer Chris Letcher, follows a township cop by the name of Sizwe (played by Tony Kgoroge) who discovers police corruption linked to the illegal abalone trade in Cape Town. McKenzie and the film's producer Tendeka Matatu will both be speaking at a Q&A on opening night .

Thursday will see the screening of Nairobi-based visual artist Jim Chuchu's five-part anthology film about queer life in Kenya, Stories Of Our Lives (one of our Top Films of 2014).

The festival's centerpiece on Friday is Ethiopian-Israeli director Bazi Gete's debut, Red Leaves. The film looks at the life of a 74-year-old recent widower and Ethiopian immigrant in Israel who, following the death of his wife, sells his apartment and plans to live with his sons' families, where his traditional values are put into question.

Ivorian director Phillipe Lacôte's debut feature film, which premiered earlier this year at Cannes (making it the very first film from Côte d'Ivoire selected to screen there), is making its New York premiere on Monday. Told through flashbacks, the coming-of-age-tale Run follows the life of a man hiding out after assassinating the prime minister of Côte d'Ivoire.

Nicole Mackinlay Hahn's stunning look at inspired women in Burkina Faso will make its worldwide premiere as a part of the festival's "Women in the Media" shorts program on Tuesday, May 12th. The 11-minute short, titled Burkina, All About Women, features a series of intimate portraits of a group of Burkinabé women– including a firefighter, a rapper, an astrophysicist, a mechanic, a swimmer and a mushroom biologist.

Closing out the Lincoln Center segment is Senegalese director Safi Faye’s 1996 drama Mossane, which tells the story of a 14-year-old girl who, though promised at birth to a wealthy man, refuses to go through with the marriage.

The 2015 New York African Film Festival runs throughout May at the Lincoln Center (May 6-12), Maysles Cinema (May 14-17) and BAMcinématek (May 22-25). In the gallery above we take a look at a selection of 15 films that will be screening this year. Head here for the full listing.