We list the Top 15 Songs of the year, including tracks that made a big impact & lesser-known Okayafrica favorites we felt earned a mention. 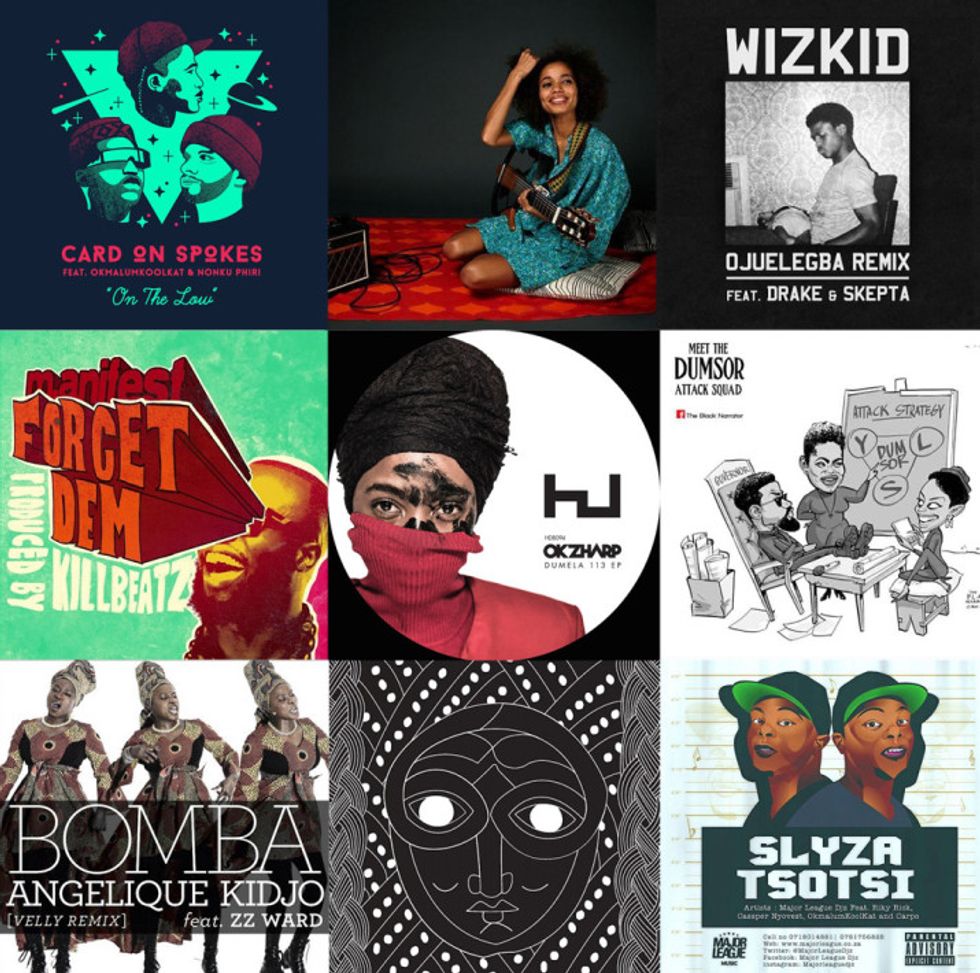 As much of the world shifts to music streaming, the importance of the single continues to overshadow the album. Even in places that streaming hasn’t reached, it’s an artist’s most popular song that gets downloaded on cellphones and blasted from taxi cabs. 2015 saw many African acts, both new and established, continue to make their mark through these focused single releases.

The story of the year was a stack of West African collaborations with high profile American acts—Davido and Meek Mill, Don Jazzy and Jay Electronica, Sarkodie and Ace Hood, and, of course, Wizkid and Drake—which brought popular African music to American audiences and beyond. Other music scenes also struck gold, with Cameroonian club anthems rocking crowds worldwide and the South African underground continuing to break genre boundaries. All said, it's been 12 months of non-stop tunes.

The following is a list of tracks that have made a big impact this year, alongside lesser-known Okayafrica favorites we felt earned a mention. Read ahead for our Top Songs Of 2015 list, presented in no particular order.

The best afropop songs about Lagos, Nigeria's most populous city, are as much about the city as a whole as they are about select areas of special importance to individual artists.


Read on for our selection of The 9 Best Afropop Songs About Lagos. Listed in no particular order.