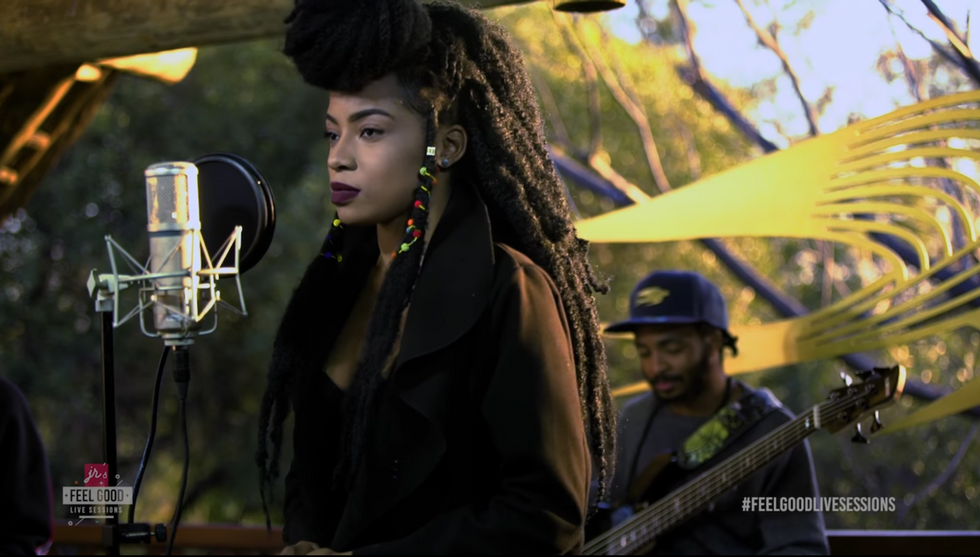 The MC performs four songs from her debut album 'The New Era Sessions.'

South African rapper Rouge's episode of JR's Feel Good Live Sessions recently aired on MTV Base. And, if just like this writer, you don't own a TV set, you can now watch the episode on YouTube.

During her set, Rouge performs four songs from her debut album The New Era Sessions, which came out last year. The razor sharp MC displays impeccable breath control, unmatched stage presence and surefooted vocal projection, as she slices through songs like "Déjà vu," "Bongo Zaka," "Dololo," and what could be her best song to date, "No Pressure." She reveals the latter will be her next single.

Rouge is one of the best performers in South African hip-hop—she always brings her A-game be it in a big festival like Back To The City or a small scale event like Koolin In The City. If you've never seen her live, this will be a treat for you. If you have, you know to expect a mind-blowing experience.

Watch Rouge's Feel Good Live Sessions set in its entirety below, and revisit our review of her album, The New Era Sessions here.