Shane Eagle Will Be Joining Bas On His ‘Milky Way’ Tour 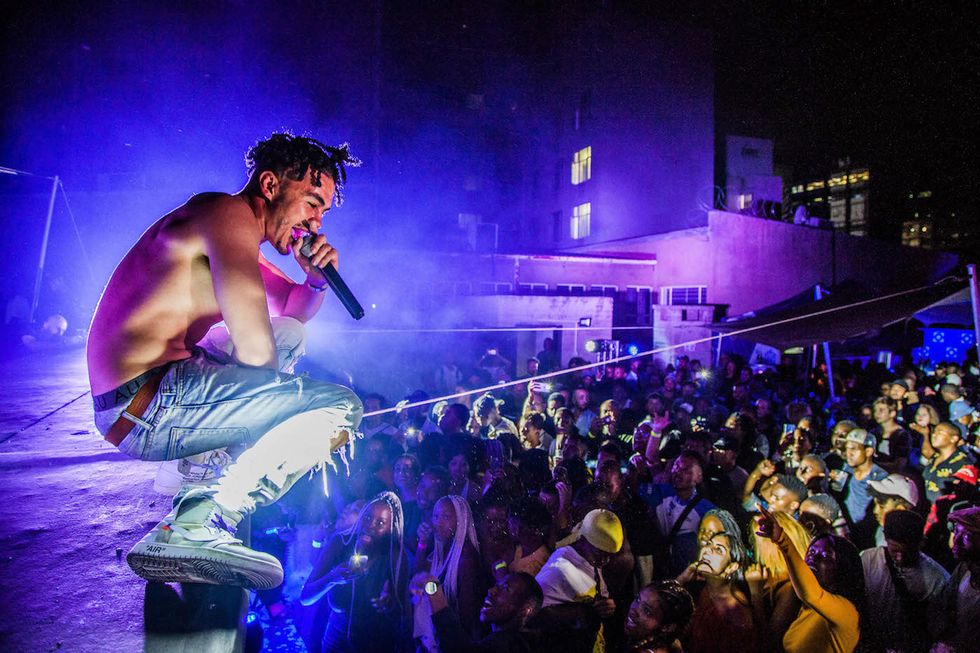 The South African rapper is going on tour with Dreamville's Bas.

The South African MC isn't the only artist listed as a special guest on the Dreamville MC's tour. Audio Push and Lute will also be tagging along.

Shane will perform in most of the tour's stops, including Paris, Liege, Cologne, Prague, Warsaw, Berlin and Amsterdam.

The South African MC clearly doesn't know what the meaning of sleep is. He wrapped up his Yellow Tour in December last year, which had a few stops including Joburg, Pretoria and Cape Town.

Towards the end of last year, he dropped a gem of an EP, Never Grow Up, which is still on high rotation in these parts. Be sure to pick up a copy here, if you still haven't.

Read: Bas: "I Was Born in France & Raised in New York But I'm Still African"

There's clearly something brewing between Shane Eagle and the Dreamville clique. When Bas was in South Africa for a few shows last year, Shane joined the rapper as a special guest.

The last time we spoke to Shane Eagle was when he had just released his debut album Yellow in 2017. The MC hinted on taking his extremely personal rhymes and hazy music worldwide, and he clearly didn't tell a lie.

Below is the full list of the Milky Way Tour dates.