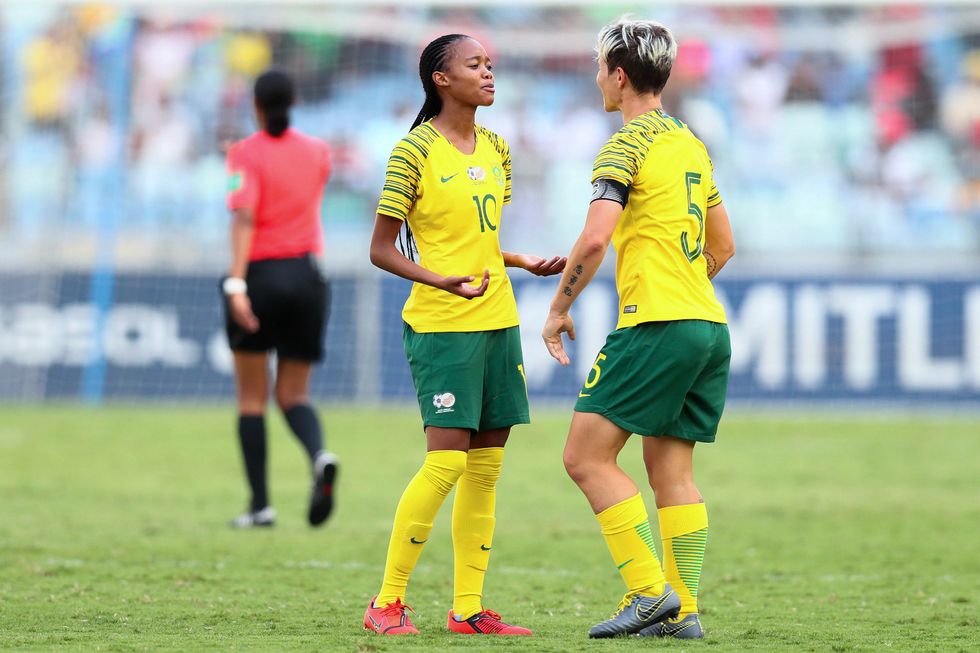 The Banyana Banyana, will receive the same pay as their male counterparts for the first time ever as they head to the FIFA World Cup.

Last November it was announced that South Africa's national women's football Team, the Banyana Banyana, would be heading to the FIFA Women's World Cup for the first time ever. South Africans celebrated the news, but some also pointed out that despite their successes, the female players were still being payed less than their male counterparts.

This is set to change however, as for the first time ever South Africa's women's team and its men's team, Bafana Bafana, will earn the same pay as they head to the World Cup in France and the African Cup of Nations (Afcon) in Egypt, respectively, Times Live reports.

"This will go a long way towards closing the pay gap between the men and women footballers in this country and it is a happy day for South African football‚" said SA Football Association (Safa) president Danny Jordan on Thursday.

READ: Why are Nigeria's Super Falcons Earning Significantly Less Than Their Male Counterparts?

"It is truly amazing as you know that we have been fighting for equality in sport for a long time," team captain Janine van Wykis quoted as saying. To know that we are going to get the same incentives as Bafana is amazing."

The team had a huge send-off on Thursday and are heading to France to play Spain, China and Germany.

Many are celebrating the news online, with some even arguing that the women should be payed more based on their record and overall performance.

For now we celebrate but in future banyana banyana must be paid more after all they are the ones that put us on the… https://t.co/6MDdOFSa3J
— the journey man (@the journey man) 1558699655.0