13 Dope South African Albums & EPs That Came Out This Month 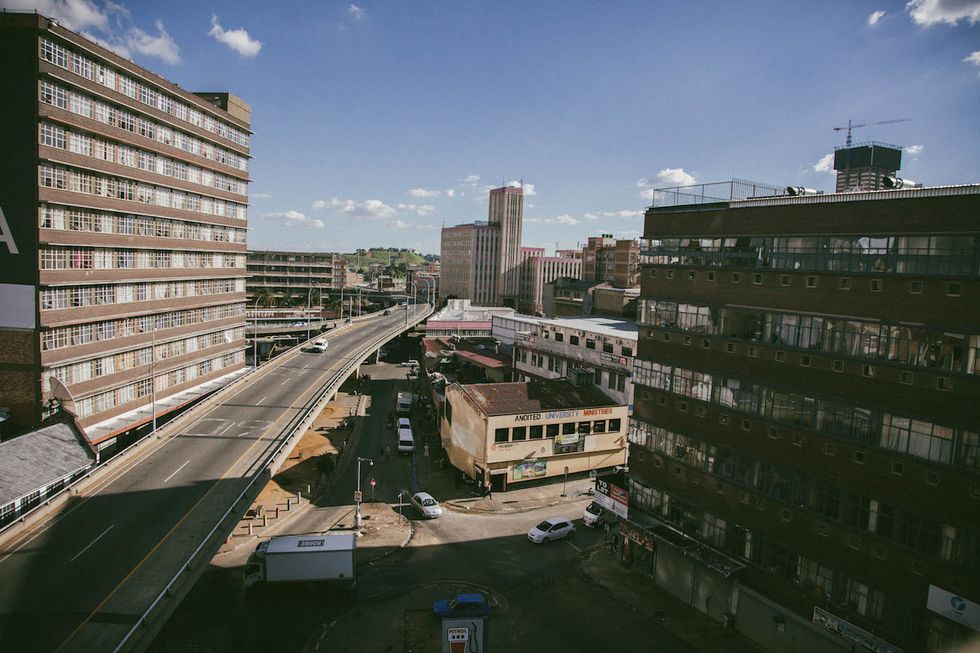 Here are some dope SA albums and EPs that fell on our radar in February.

The month of February saw plenty of releases from South Africa's diverse music scene. From the experimental house of Dwson, to the jazzy rap of Sipho The Gift, Tellaman's soothing R&B, and Nakhane's rich electronic pop, among others, we bring you the best albums and EPs that came out this month and fell on our radar.

K-Tasso's raps and melodies sit perfectly over minimalist R&B, trap and lounge production in his EP, Surf Her Energy. Expect sentimental lyrics about boy-girl relations and the anxieties of being alive in the EP's seven songs.

Tellaman's debut album tells the story of an artist struggling to juggle his career and his love life. The singer, rapper, producer and songwriter blends his hip-hop, R&B and house influences in what is one of the best releases of the year thus far. The project sounds equal parts nostalgic and equal parts current, and Tella features artists close to him in the form of Nasty C, Shekhinah, crownedYung and Rowlene, most of whom are from Durban.

Ecco "More of Me"

One thing you can't take away from the Pretoria hip-hop collective is their adeptness in raps and making solid songs and projects. Ecco's More of Me consists of eight songs that see the collective showing off again. TWC has released countless projects, and More of Me, which features the likes of A-Reece and Ayanda Jiya, is definitely one of the best.

Yugen Blakrok has never sounded as comfortable as she does on her sophomore album Anima Mysterium. She references history, astrology, spirituality and pop culture in her multi-layered rhymes while touching on a plethora of subjects. If you love your hip-hop pure, free of all artsy interpolations, and prefer the basics—beats and rhymes, then Anima Mysterium is a true gift for your headphones.

Dwson's EP blends different kinds of dance music, from house, to electro and techno. The project is given soul by the vocalists featured; Rio, Roxanne Caroline and Dumama give Glimpses of You soul and a high replay value.

Rick Jade "I Want Something New"

I Want Something New by real-life couple Bontle Modiselle and Priddy Ugly is a celebration of love, which makes sense why it was released on Valentine's Day. Sonically, the project combines R&B and afrobeats, which plays as the perfect backdrop for documenting the highest order of emotion, love.

In his long overdue debut album Peanut Butter, veteran Pretoria MC N'Veigh tells his life story in full; he shares his fears and triumphs, speaks about his relationships with those who are close to him and flexes his lyrical skills over a diverse selection of beats that ranges from raw boom bap to nostalgic kwaito and a bit of trap. His street classic "Denneboom" makes the album with a bonus a capella verse from N'Veigh's rap twin Mycbeth. N'Veigh has an interesting way of telling stories using clever punchlines, similes and metaphors, and listening to him do that for 13 songs is the treat you didn't know you needed.

EX Global "I Get Better With Time"

EX Global has come a long way as an artist. His new EP I Get Better With Time has an apt title, as it is arguably his best work to date. Just like most of The Wrecking Crew's releases, the project is centered on the individual, fun, relationships and of course being better than all these rappers. There's plenty of singing to accompany Ex's raps. Nothing innovative, but thoroughly entertains.

Old school kwaito-style beats allow Robin Thirdfloor's nonchalant yet solid delivery to flourish. It's easy to tell the MC has fun with his craft, and Zithande makes for a light-hearted and entertaining listening that preaches the gospel of minding one's business, having fun, hustling, getting money and living the happiest and most fulfilling life possible.

Nakhane "You Will Not Die (Deluxe)"

The US release of Nakhane's 2018 sophomore album You Will Not Die comes with six new songs, including one cover and one remix. Nakhane's multi-layered vocals sound like money over a selection of synths and screeching electric guitars. The artist covers a wide range of subjects from relationships to sex, family and colonialism among others. There's just no way you won't love this one.

Ranks & Tweezy "For The Skreets"

For The Skreets lives up to its title. While a lot of pop songs borrow a lot from trap, Ranks and Tweezy's joint EP is pure trap without any preservatives and colorants. The music is minimal, and allows for Ranks and Tweezy to talk their shit without unnecessary interference. For The Skreets wasn't made for primetime radio, but for the true appreciators of streets rap.

Sipho The Gift's latest EP Good Things Come In 3s plays out like one song. The three songs (which are each a minute long) bleed into each other. The MC tackles intimacy over mellow jazzy production. Both him and producer oshxku should be proud of this gem.

SA hip-hop veteran Shorty Skillz delivers exactly what you'd expect from an album titled Spirit Scream. In the song "Further Journey of the Black Magician," he makes reference to galaxies, Pythagoras, Fibonacci and other theories and entities you don't necessary mention in everyday conversation. Kanif's warm production, characterized by creep pads and dusty drums, is a perfect analog backdrop for the MC whose inspiration comes from dimensions you and I may not have ever been to. Just like most Iapetus Records releases, Spirit Scream consists of just beats and raps, without any preservatives and colorants.