A blend of Afro-house, soca, afrobeats, and sounds from Bahia, Brazil produced by DJ Moma.

"Amnesia" sees Bas linking up with fellow Dreamville artist Ari Lennox and Nigeria's Kiddominant for a head-nodding blend of Afro-house, soca, afrobeats, and sounds from Bahia, Brazil. The uplifting track was produced by DJ Moma.

The beautiful, joy-filled music video for "Amnesia" was made by an all-black creative crew, a press statement mentiosn. It features direction and choreography from Tajana B-Williams and styling from Mazhané Rima- Fleurima and Zarah Elizabeth.

For more, read our in-depth interview with Bas about his Sudanese roots and the African influences on his latest record, Milky Way. "I was born in France & raised in New York but I'm still African," he mentions in that exclusive interview with OkayAfrica.

The infectious track gets an equally vibrant music video.

On the infectious song, produced by DZL the rappers spit boisterous lyrics and talk about their many desires: one of them being having their crush cook them jollof rice. Bas told Beats 1 Radio last month that the song and others on the project, were inspired by a recent trip he took to Lagos with label head, J. Cole.

READ: Bas: "I Was Born in France & Raised in New York But I'm Still African 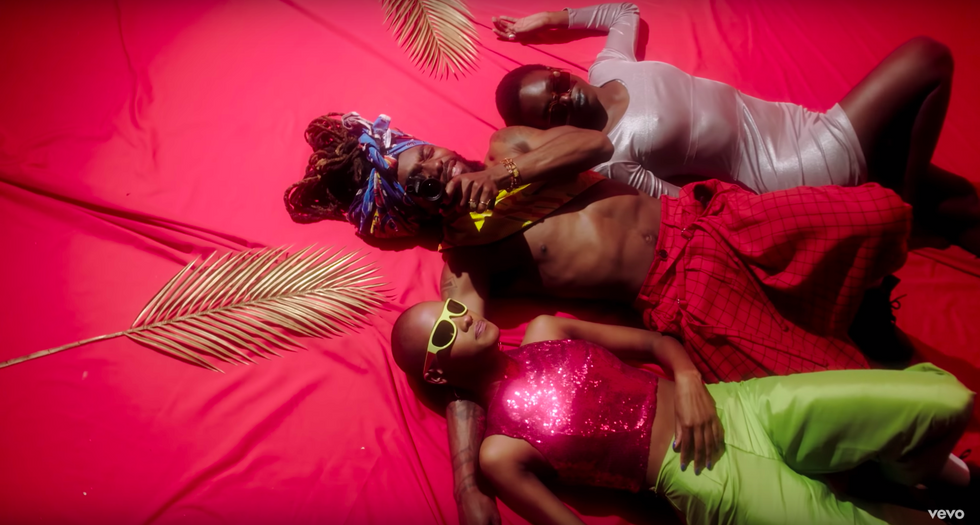 The music video, directed by Mariah Winter, is simple but striking as the three artists perform in a hazy and retro-inspired studio surrounded by several modelesque women—all of them dressed impeccably fun and stylishly.

The artist announced last month that he would be dropping a new full-length album this month, so we have that to look forward too as well.

Check out the music video for 'Jollof Rice" below.

In an interview on Apple Music's Beats 1 Radio, the artist reveals a new project dropping in September and discusses what he learned on a recent trip to Lagos with J.Cole.

Bas Jumps on Shane Eagle’s ‘Ap3X’ For a Potent Remix

Here are 10 key tracks from the South African rapper's discography.

Shane Eagle Will Be Joining Bas On His ‘Milky Way’ Tour

The South African rapper is going on tour with Dreamville's Bas.