'Suffering and Smiling': Is Nigeria Driving Its People Mad?

I have just come off a good high from the joint I smoked to help with the anxiety that greets me every time I remember that my mandatory year of National Youth Service is coming to a close. The NYSC has been a refuge for me and many other graduates in Nigeria. The fact that it was almost the only way I could stay busy while earning a meagre but steady income was consolation enough.

Welcome to Nigeria where one of our most popular phrases "Many are mad, but few are roaming" carries more weight than the promises of politicians in campaign season. A country with a population estimated to be over two hundred million and growing rapidly with a youthful majority. Like other developing nations, the statistics on mental health is either overestimated to fit a certain narrative or underwhelming owing to factors like poor access to data, impregnable cultural boundaries and a host of other issues. Nigerians have rapidly moved from being one of the happiest people to being some of the most depressed.

Last week, the Permanent Secretary of the Federal ministry of health, Abdulaziz Abdullahi, announced that around 60 million people, or 20 to 30 percent of the population suffers one form of mental disorder. This news coming from a ministry that has failed to resolve issues of ill-equipped public hospitals and fails to curb the brain drain in its sector for over a decade raises questions as to what parameters were employed to reach such conclusions. However, if this estimate is anything to go by, there is cause for alarm.

As I write this, I remember reading on my Twitter timeline a phrase "post graduate depression" which is one of the most popular mental health challenges facing the educated populace. The uncertainties of the Nigerian economy can be daunting, as if the pressures endured to be excellent at university wasn't bad enough. The most popular way out is to leave for greener pastures in faraway lands.

While it is a struggle to make ends meet in a country that was just recently annointed the poorest nation in the world, Nigerians are also faced with an image problem. Besides the few but potent citizens involved in various illegal activities both home and abroad, our poor image has been further compounded by our president in his unwavering brash remarks about the youth and the citizens of Nigeria. Being Nigerian has never been harder than it is at the moment. 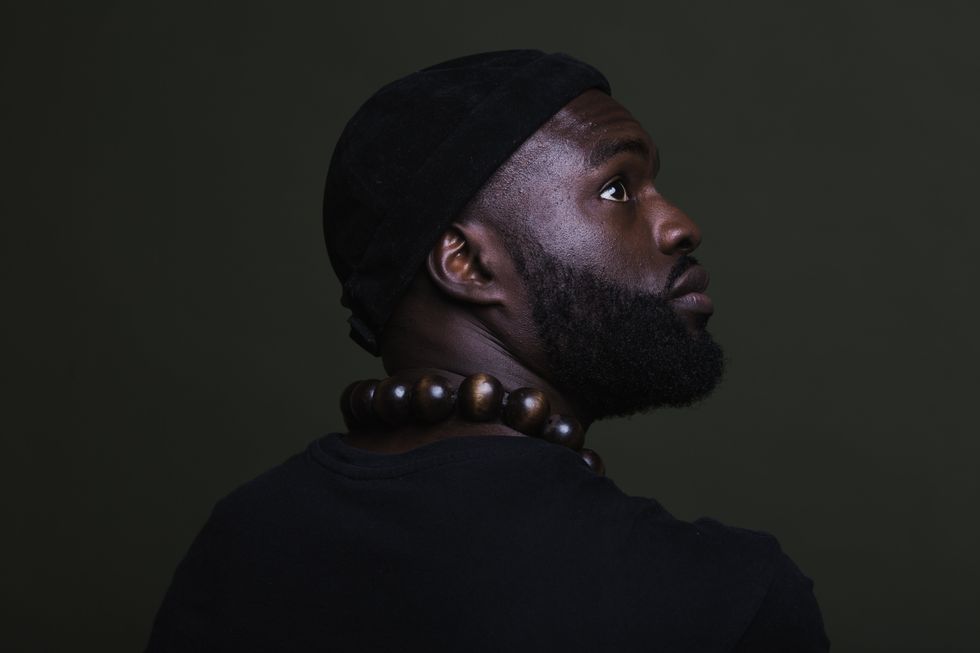 Like with any other nation, use of narcotics has always been a go-to activity for the many that suffer from the various forms of mental illnesses. From alcohol to codeine use to even prescription overdose, people that suffer mental illnesses have embraced drugs as a coping mechanism rather than face the shame that comes with their struggles in a society ridden with religious and cultural fanaticism. We live in a society where almost every constraint is seen as a spiritual attack from unseen enemies or demons that must be prayed away or in extreme cases require "deliverance." This has driven a lot of the youth to keep their mental illnesses a secret. They would rather just keep "suffering and smiling" a phrase popularized by Afrobeat legend, Fela Kuti to describe the coping mechanism of the majority of Nigerians.

I remember talking to a friend and she asked me "How do I tell my mother that I'm depressed?" I was as confused as she was because I didn't even know how to tell her about my anxiety and suicidal thoughts either and we are really good friends. In as much as my parents may love me, every time I've tried to make them understand how I feel, I'm met with a brick wall and all I ever get is "You're a man, you can't be lazy about things."

Over time, I've come to understand that it is in no way their fault because until I got older and got exposed to better information on the internet and personal research, I wasn't able to fully grasp what depression or anxiety was. The reality is that even some of our parents suffer these mental illnesses but they mask it with a strong demeanor. They have become so accustomed to this practice owing to years of so-called practice.

Recent celebrity deaths have further exposed people to the fact that a lot of people suffer in silence. From Avicii to Mac Miller to the recent passing of South African rapper, HHP, users of various internet platforms have been exposed to the realities of mental illnesses. Social media and the information on the internet has, for Nigerians, popularized professional psychiatrists and psychotherapists. And while access to the service of professionals has been simplified over time, it is still an expensive indulgence as proper treatment can take hundreds of hours in therapy sessions. In the new poverty capital of the world, only a few people can afford such luxuries.

It is the hope however that the next administration would give attention to the health sector in the country to augment the efforts of the non-governmental organizations and charity groups that have taken up the drive to help the less privileged manage mental health in their small ways. There is need for safe spaces where people can discuss and reassure themselves that they are not alone in the struggle for better mental health.

Oladimeji Adewale is a freelance music and culture writer who runs an Independent music label—Mokanla 11—in his free time. He resides in Lagos, Nigeria. You can reach him via Twitter.

Last year as Lesotho began growing weed for medical and research purposes we asked what would marijuana legalization look like in South Africa? Speculate no longer.

For the Love of Khat

What you need to know about khat—East Africa's favorite drug.

Watch Jay Z and Molly Crabapple's trenchant critique of the hypocritical and racist war on drugs. From Reagan to today's poor attempts at decriminalization.