7 Things Wizkid Should Do Now That He's Blowing Up 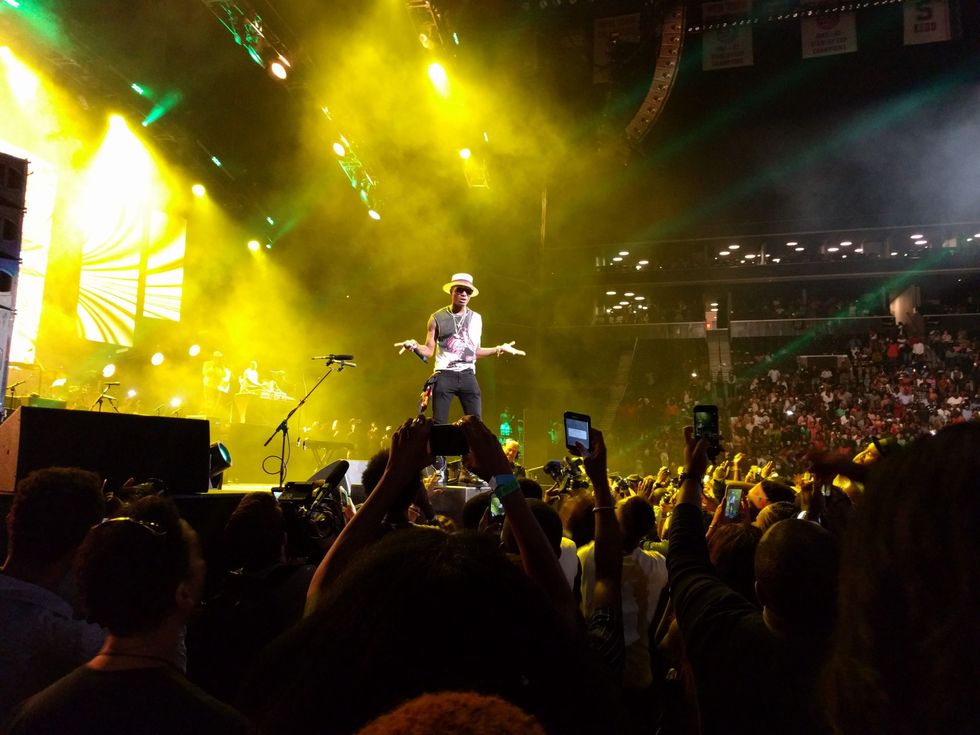 Since Wizkid's nominated for 7 Billboard Music Awards, we though up 7 things he should do once he blows up.

Last week, we wrote about the 7 times Wizkid should've crossed over already.

In our list we included things like him owning a sold out stadium concert in Brooklyn, his top collaborations with the likes of Vybz Kartel, the whole Drake thing (of, course), and his countless awards.

Well, this week, Starboy can add more notches to his belt as he's been nominated for 7 Billboard Music Awards for his role in "One Dance."

Congratulations to @wizkidayo! He's DANCING his way to the #BBMAs with SEVEN nominations! 🙌 pic.twitter.com/abFar0VDVj

Despite the obvious irony of Wizkid being nominated on a song that many would say he doesn't really feature on—remember the angry Nigerian Twitter reactions to the track—he still did have a hand in writing and producing the massive hit.

So, in that vein, now that Wizkid's set to blow up in America, here are 7 things he should do:

Hop on a grime banger with Skepta, Stormzy or JME.

Skepta's already done the "Ojuelegba" remix, but what we really need is a grime anthem with Wizkid on it. Imagine a "That's Not Me"or "Man Don't Care" style tune with a Wiz verse in it—fuego.

Feature Drake on one of his own singles, but only use his vocals at a really low volume in the chorus.

Pull a "One Dance" on 'em. We know he just dropped the "Come Closer" collaboration, but Starboy could take it a step further and get Drake on a track only to barely use him.

Pull a Diddy when he gets invited to the MET Ball.

We're starting the petition to get Wizkid invited to The MET Ball next year.

I was getting tired so I laid down on the stairs!!! #METGALA

Take a page from the Book of Kanye.

Have a wardrobe malfunction at the Super Bowl.