The 10 Best Nollywood Romantic Comedies To Watch on Valentine's Day 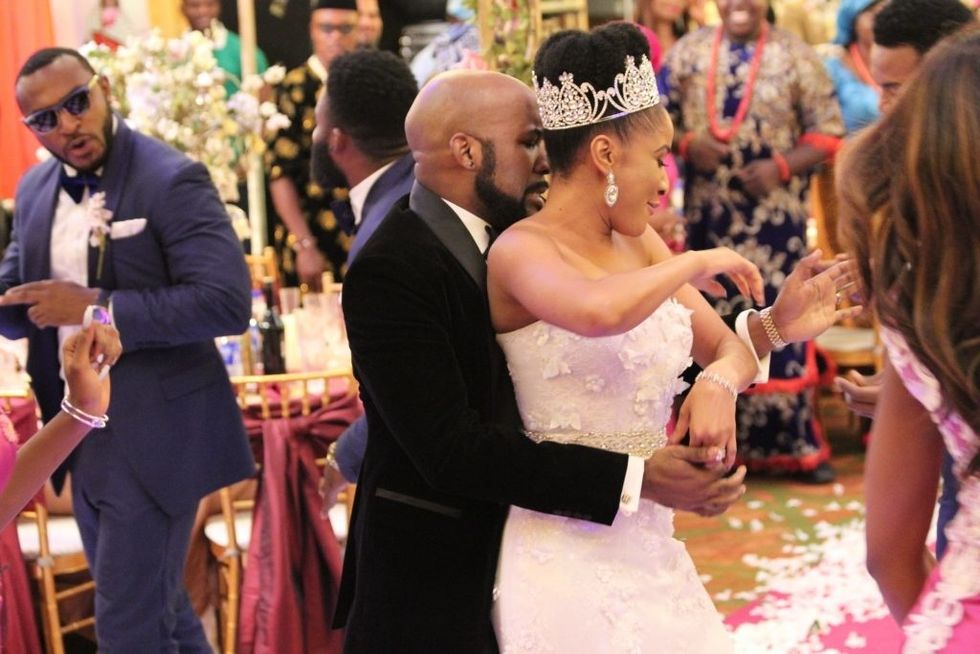 Love is in the air, abi?

Nollywood is popular for its love for romance and comedies. It is no wonder most of its biggest blockbusters are a combo of both genres—romcoms. Its biggest stars are also those who participate heavily in this genre—think Genevieve Nnaji, Omotola Jalade-Ekeinde, and Richard Mofe-Damijo.

Over the years, romance stories have evolved in Nollywood—from recreating romance as seen in Hollywood films, to telling romance stories that are uniquely Nigerian. These new romcoms are a departure from juju-influenced relationships and marriages like in Steve Guskas'Keeping Faith to keep note of. Another romance narrative that Nigerian filmmakers have abandoned is the cliched story where the daughter or son of a rich man falls in love with someone from a modest background and risks everything to keep the relationship.

The increase in production budget has helped improve the quality of onscreen love with the infusion of fairytale, destination weddings like that of Nonso and Deardre in the hilarious Wedding Party: Dubai Destination.

These days, you go to Nigeria cinemas and you enjoy romance with all that comes with it—laughs, beauty, and on a few occasions, tears. Unfortunately, Nollywood fans in the diaspora do not get to see some of these films in cinemas. But thanks to the internet and Video on Demand (VOD) platforms, they can now see these new romance stories from the comfort of their home anywhere in the world.

So, if you are planning a romantic indoor dinner with your partner this Valentine's Day, here are 10 Nigerian romance stories to watch as you cuddle next to each other. Check them out below.

The Wedding Party is a romcom that explores all that can wrong in a high-class wedding in Lagos; from the bride wedding gown getting ripped, the couples being "kidnapped"—to a robbery involving the bride and groom's families.

When Love Happens is a sweet romantic comedy about Moduroti (Mo) Bankole-Smith, a wedding planner who got tired of planning weddings for everyone but herself. Determine to break her hard luck and get herself a man, Mo turns to the internet.

Fifty explores the lives, work and romance of four women—Tolu, Maria, Kate, and Elizabeth—approaching their fifties. Each has a unique problem: Tolu is a popular reality TV star with a chaotic marriage; 49-year-old Maria has a secret affair with a married man which leads to unwanted pregnancy; Kate suffers from a life-threating disease and Elizabeth is an illustrious obstetrician with a taste for men half her age.

Road to Yesterday is a deviation from the lightheartedness of most Nollywood romance films. It is intense and emotional. Estranged couple, Izu and Victoria, try to find their way back to each other on a road trip to Izu's uncle's funeral.

Muna's life is thrown into chaos when her husband, Imoh, gets into an accident that lands him in a deep coma. Against the advice of family and friends and amidst financial difficulty, she refuses to give up on him. Her life gets complicated when she gets start having feelings for the doctor overseeing her husband's case.

Isoken is a successful, 34-year-old spinster who everyone is worried about because of her inability to get a man at her age. She went from having no man to being divided between two handsome men—the successful Osaze and the photographer Kelvin.

Ope, a disillusioned chef based in London, returns to Nigeria after her dream of starting an African restaurant in the UK fails. On her return, she has to deal with her matchmaking mum and saving her family's rundown hotel which is being bought by her prince charming.

Chuks is bent on proving the infamous Okafor's Law to his friends—so, he takes a bet that he can bed three old flames within 6 weeks but ended up the toast of his own game.

Sobi's Mystic is a suspense-filled romantic drama that explores the irony of a player being played. Sobi is taken aback by Mystique, whom he met at a night club when she kicks him out of the hotel room after a night of passion with her. Spurred by her lack of interest in him, he tracks her down to unravel the mystic attached to her character.

Picture Perfect is about finding love in the strangest of places. Kunmbi, a well-off fashion designer gets rescued by Jobe, an agbero—Lagos thug—when her car broke down late in the night in his territory. Their fortunate meeting soon turns to a nightmare for her when he sets an "office" close to her shop.

Look out for Bolanle Ninalowo in this emotional rollercoaster—he put up an award-winning performance as Jobe; it was a deviation from his Americanah and playboy characters.

Daniel Okechukwu is a Nollywood blogger. He discusses the latest happenings in the Nigerian film industry on his platform, That Nollywood Blog. Keep up with him on Twitter here.