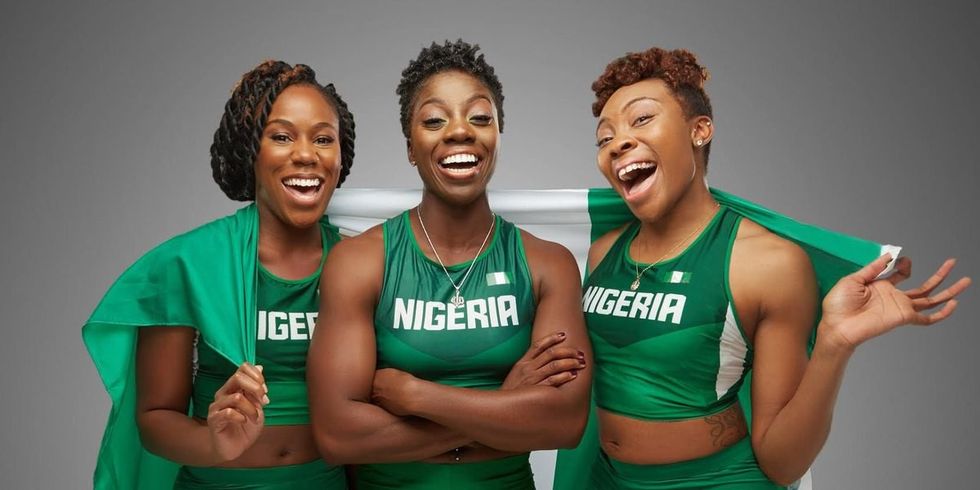 There are more Africans competing in this year's Winter Olympics than ever before.

The Winter Olympics commence tomorrow, February 9, in Pyeongchang, South Korea, where some of the world's top athletes will compete for Olympic gold. This year, a record-setting number of these skilled athletes happen to be African.

African athletes from across the continent have been making waves in their respective sports—many of them becoming the first ever to represent their country in the games. Athletes from Eritrea, Nigeria, Madagascar, Ghana, South Africa and Kenya are among this trailblazing group.

If you want to join us in "rooting for everybody African" during the Winter Olympics, look no further. Below, we list all the African athletes who'll compete in the 2018 games.

The Nigerian athlete will be the first woman to represent Nigeria in skeleton racing, just four months after she picked up the sport. OkayAfrica spoke to the athlete last month, and she had this to say about inspiring other Africans to break down barriers: "Why not use all of the gifts that I have to inspire people, so I'm not the first and last? Hopefully, the idea is that this opens doors for future generations of African athletes."

Petitjean is just 23 and she's already competing in her second Olympic games. The Togolese cross country skier will compete in the Pyeongchang games, after making her Olympic debut at the 2014 games in Russia.

This 19-year-old athlete will be the first Kenyan to compete in alpine skiing. The athlete has been hitting the slopes since the age of three, growing up in Austria where she was the only black girl. "At the beginning it was hard, they were always watching me," said the athlete. "They were really shocked that a black girl can ski like this."

Now they'll all be watching her do her thing on national TV! Talk about full circle.

This alpine skier from Madagascar will be the first woman to compete for her country in this year's games. Another history-maker to add to the already extensive list.

Abeda is Eritrea's first Winter Olympian. The 21-year-old will represent his country in alpine skiing.

Frimpong will make history as the first Ghanian to compete in Olympic skeleton racing. The athlete wants to encourage other Africans to try unconventional sports. "Through skeleton I'm trying to show people to come out of their comfort zone as much as possible and get into something different," he told Pulse Ghana. We cannot all be Abedi Pele, we cannot all be Usain Bolt, but we all have talent that we can definitely use."

The celebrated trio, consisting of Driver Seun Adigun and brakewomen Ngozi Onwumere and Akuoma Omeoga will head to the Olymics after qualifying last year. They'll be the first Africans to compete in the sport during the Olympics. Upon qualifying, Adigun had this to say:

"This is a huge milestone for sports in Nigeria. Nothing makes me prouder than to know that I can play a small role in creating opportunities for winter sports to take place in Nigeria."

"Our objective now is to be the best representation of Africa that the Winter Olympics have ever witnessed."

"Our objective now is to be the best representation of Africa that the Winter Olympics have ever witnessed."

This alpine skier represented Morocco in the 2014 Winter Olympic games and will return to compete for gold this year. Moroccan-French cross country skier, Amir Azzimani, who competed back in 2010 will return for this year's games.

Connor Wilson Is the sole athlete representing South African in this year's games.

Tune into the Winter Olympics from February 9-25 to catch all the action. Check here for more details on the games, and stay tuned for OkayAfrica's live coverage of the opening ceremony.