The 21 Best South African Songs of The Month 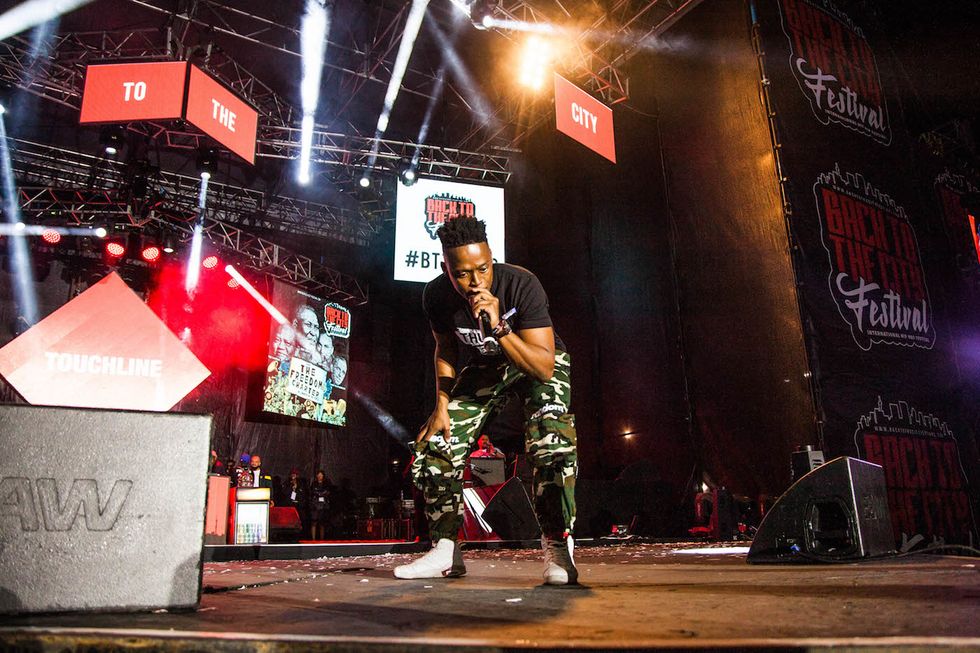 SA songs that caught our attention this month.

Check out our selections below, which feature Lady Zamar, Seba Kaapstad, Kwesta, PatricKxxLee among others.

A light-hearted banger from one of the most intense SA rappers out now.

A nostalgic breezy pop tune from three of the best Durban artists at the moment.

Two generations of Durban's rap scene go back and forth over a bass-heavy trap beat.

Muzi tells the stories of black men and women who had to leave their homes to work in the mines in Joburg during the apartheid era. The song, which is dominantly EDM, has traces of mbaqanga and maskandi. The song leads with animated visuals courtesy of ByLwansta.

Gigi Lamayne and King Monada connect for a catchy rap and gqom hybrid, that could become everyone's favorite song this winter.

"Anywhere We Go" is DJ LAG and Shekhinah's new single. The collaboration between two of Durban's top musicians, sees Shekhinah lay her ethereal vocals over a bass-heavy house instrumental by one of the pioneers of gqom. The accompanying visuals, which were powered by adidas and directed by Kyle Lewis, feature a dancer (Thami Njoko), who glistens as he shares his acrobatic moves in an open space at night, which is in line with the adidas sneaker the video is essentially an ad for.

Touchline rides a moody instrumental reminiscent of Eminem's production in the early 2000s. Touchline laces it with punchline-heavy raw raps.

The B3nchMarQ duo has some serious chemistry, and "Champions" is yet another example. The two have mastered the art of making songs one can fall in love with—their songs have the right amount of rapping and singing and they marry their vocals with beats seamlessly.

A hypnotic collaboration between DJ Maphorisa and amapiano frontman Kabza De Small. It features Kaybee Sax, who laces the gloomy instrumental with mysterious dilatory vocals. Some eerie ululations contribute to the song's mystery.

One third of rappity rap crew The Assembly, Melly-Mel sounds comfortable over an instrumental that's equal parts nostalgia and contemporary on a standout from their collaborative EP Beatmochini Presents: Every Friday. The beat, which is the work of veteran producer Beatmochini, has the warmth and soul of boom bap and old school R&B, and demands your attention with a heavy bassline and 808s.

A return to form for the kwaito legend, Zola's "Skobho Ne-Hennesy" gives you the Zola you fell in love with in the early 2000s sounding like his old confident self, which he hasn't managed to pull off in a very long time.

Just as we've grown to expect from the versatile band, "Don't" meshes jazz, electronic music and soul, among other influences. The rich music on "Don't" leads with keys, which is a perfect backdrop for the group's vocalists to lament the beautiful struggle that is life with a refreshing optimism.

Lady Zamar "This is Love"

Lady Zamar, one of the country's most popular house artists, returns with a smooth EDM tune that will pack dance floors countrywide.

Kwesta sings and raps praises to the love of his love, who he recently got married to. The music video will give you the highlights of the ceremony.

"Smogolo" features little to no rapping, as Emtte and his collaborator sing throughout. The song is produced by Kreazo, and is a quintessential ATM (African trap music) song, as it blends genres such as trap, Afropop and a bit of mbhaqanga and maskandi.

Veteran rapper MsSupa shows she can exist in the current era, as she rides a new age kwaito beat with the same confidence and control she's known for.

Mx Blouse raps about death and hopelessness with a calm tone over an ominous trap-inspired instrumental.

​Cassper "Move For Me" (ft. Boskasie)

Cassper Nyovest shows of his sexy body, alongside LA-based model Jessica Burciaga, on the video for his collaborative single with Boskasie.

"Metanoia," which features RHEA BLEK, blends the singer's soulful vocals with moody production consisting of eardrum slicing synths and a selection of airy pads that creep in and out of the song's subtle but present bassline. Robin Fassie-Kock's trumpet finds space to co-exist with all those elements in the song. The music video for "Metanoia" is Afrofuturistic, which is an aesthetic we have grown to expect from the producer and the label he runs Subterranean Wavelength.