After Decades of Erasure, Afro-Peruvians Will Finally be Counted in the National Census 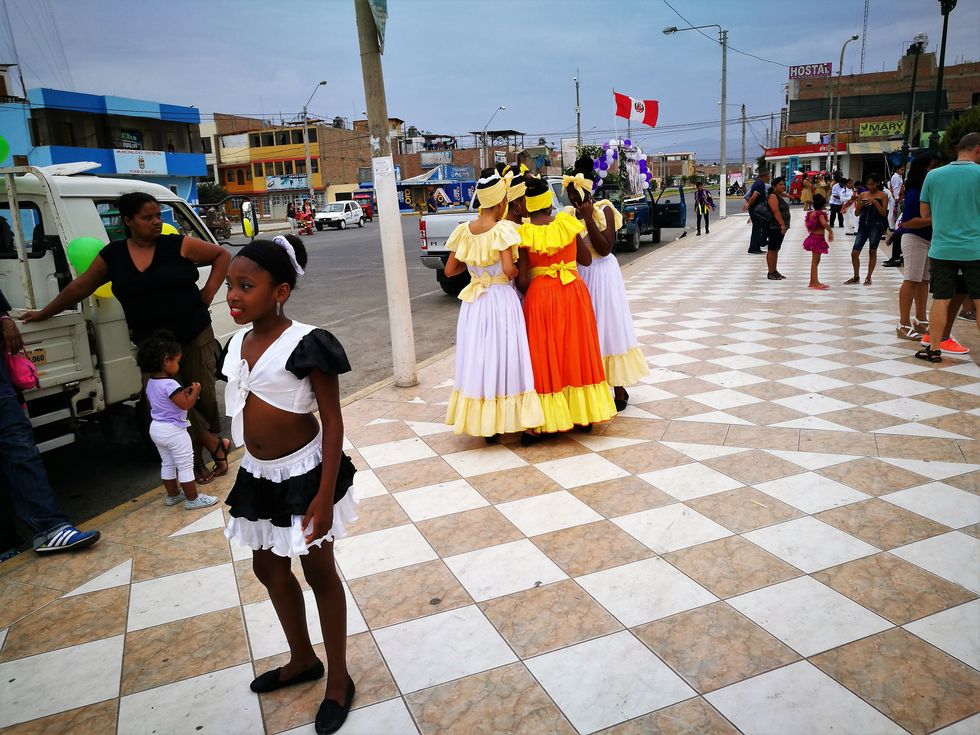 Despite an Afro-Peruvian cultural resurgence not a lot has been done to increase the population's visibility on a political level.

In 2009, Peru became the first Latin American country to issue an official public apology to its afrodescendiente population for centuries of "abuse, exclusion, and discrimination." Since then, many have criticized it as more of a symbolic gesture, especially for its failure to mention slavery. It was also seen as a way for the government to highlight Afro-Peruvian culture over making any substantive improvements to the material conditions of Afro-Peruvian communities.

Enter the census, which can play an important role in compelling the Peruvian government to address systemic inequality related to education, poverty, and health. Unfortunately, the last time Peru made a formal attempt to keep track of its African descended population via the census was in 1940.

"In regards to the [actual] number of Afro-Peruvians, there has always been speculation," says Monica Carrillo, an Afro-Peruvian activist, performer, and founding director of the LUNDU Centro de Estudios y Promoción Afroperuanos, a non-profit organization that works on behalf of Afro-Peruvians.

The results of the 1940 census showed that less than 0.5% of the population identified as Afro-Peruvian. Yet the presence of Afro-Peruvians along the Pacific coast of Peru, both in rural and urban areas, has been both historically and culturally significant for centuries. "There was actually a time during the colonial period when Lima was majority Afro-Peruvian," says Carrillo.

Afro-Peruvians also share a unique experience, according to Carrillo, when compared to that of black communities that formed on the Atlantic side of the continent. The latter was able to maintain a closer connection to African religions and languages, while the latter were further displaced, both literally and figuratively, from their traditions.

Nevertheless, Peruvian culture has strong African influences that became more apparent during the second half of the 20th century, when figures such as Nicomedes and Victoria Santa Cruz led a revival of Afro-Peruvian folklore and footballers such as Teofilo Cubillas, considered Peru's greatest player, led the national team through its first golden era. This movement has carried over to the present, with Afro-Peruvian folklore reaching international audiences via Latin Grammy-winning artists Susana Baca and Eva Ayllón.

Yet for all this recognition, something as basic as census data has been overlooked in the same way Afro-Peruvian culture was nearly erased. Since 1940, no official data had been collected by the Peruvian government and the question of race was essentially removed from the census.

This finally changed in 2017, when, for the first time in the history of the national census, Peru's National Institute of Statistics and Informatics (INEI) included a question about race and/or ethnicity that gave respondents an option to identify as African-descended. The latest results released by the INEI this past September represent the first official data on the Afro-Peruvian population in 78 years.

According to those results, roughly four percent of the total population identified as Afro-Peruvian, or about 828,800 individuals. "In general, I think that in some way, this [number] corresponds with what was expected," Carrillo says. Prior to the 2017 census, for example, a national survey conducted by the INEI estimated that Afro-Peruvians represented between five and ten percent of the total population.

Still, Carrillo warns, "These results don't necessarily imply that there weren't a lot of people who didn't self-identify [as Afro-Peruvian]." Of the more than 31 million Peruvians counted in the last census, roughly one million either did not indicate any 'race' or 'ethnicity' or selected 'other.'

At the same time, neither word appears in the question. This was done on purpose, according to Carrillo. "There was more emphasis on your cultural background, traditions, and ancestral heritage—race was not asked directly." The same goes for the array of common terms associated with blackness in Peru; such as zambo, moreno, mulatto, and negro; that are listed alongside afrodescendiente and Afro-Peruvian. "It was left open-ended because for us and for the government, it's obvious that it's an ethnic and/or racial question when you see the options," says Carrillo. Similar tactics, it should be noted, were used in Colombia to improve the accuracy of the census question on ethnicity. As a result, the Afro-Colombian population jumped from 1.5% in 1993 to 10.6% in 2005, albeit with criticisms for omitting the term 'moreno' as an option for respondents.

Encouraging self-identification within the framework of the census, moreover, can be controversial for some respondents, if not confusing for others. "It's better to reduce the potential for conflict," says Carrillo. In the case of Peru, this included convening a group of experts to discuss the manner in which race and ethnicity should be incorporated into the census. State-sponsored outreach campaigns, on the other hand, are an area in need of improvement, according to Carrillo. "There wasn't a strong enough campaign on the part of the government so that people would understand why self-identification is important," she asserts. "And well, you know, that takes a lot of time, and they didn't go all in because the resources haven't been adequate."

For its part, Carrillo's organization, LUNDU, created a virtual census to help prepare Peruvians for the questions that would appear on the census. The organization also launched a public awareness campaign called Somos Afrodescendientes that encourages Peruvians to embrace their African heritage. This is in addition to LUNDU's work in combating negative and racist portrayals of Afro-Peruvians in media. Recently, for example, a mattress ad was criticized for implicitly portraying a black woman as unhygienic from the perspective of her condescending white roommate. Carrillo was quoted in a report from NBC News as saying, "The people who run these companies don't have the proximity, experience, or interest in understanding the multiracial public that is contemporary Peru."

Visibility, however, is a byproduct of the census, one that reveals the contemporary Peru to which Carrillo makes reference. So in addition to providing official data on the Afro-Peruvian population, the census results from September showed that one-quarter or roughly six million Peruvians identify as indigenous. Visibility is also an essential feature of the broader regional movement of the past two decades to count the indigenous and Africa-descended populations throughout Latin America. The goals of the movement were highlighted by the United Nations as part of the theme of World Population Day in 2010, which encouraged countries to also improve the material conditions of their marginalized, underrepresented populations. The UN also declared 2011 the year for people of African descent and 2015-2024 the decade for people of African descent.

Since then, Mexico has recognized its population of African descent via the census for the first time ever, while Chile, on the other hand, removed the option for respondents to identify as Afro-Chilean just last year. "You make progress, you reach a certain point, but afterwards, you can't let your guard down," says Carrillo.

For Afro-Peruvians, more recently, displacement has emerged as a threat due to the growing agro-exportation industry, among other factors. "If you look at the discourse of the Afro-Latino movement in the region, it is very much associated with the topic of displacement," says Carrillo. In Peru, this has not always been the case. A major land reform in the 1970s is one such example. "A lot of Afro-Peruvians ended up owning their land, which is something you don't necessarily see in other parts [of Latin America]," explains Carrillo. That, however, is beginning to change—which is why she sees the census results as an opportunity to generate more discussion of collective rights. "Afro-Peruvians are losing their land, so yes, I think the possibility of discussing this topic is interesting."

Looking ahead, much of the advocacy and planning that preceded this last census in Peru remains pertinent to the outcome of the next census, which is scheduled for 2027. "We have to keep strengthening the campaigns so that ten years from now, we could perhaps have a greater number of people that self-identify as afrodescendiente," says Carrillo.