10 Afro-Latino Bands You Need to Check Out 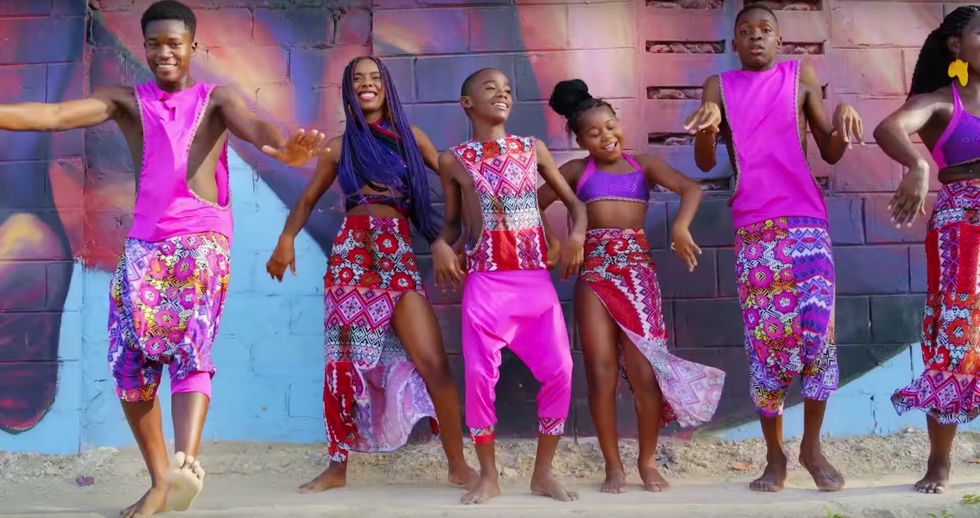 From the marimba to guaguancó, cumbia to call-and-response, the African heritage of Latin America extends to almost all of its musical genres. In some cases, this heritage is part of a fusion of different cultures; while in others, it's rooted in African-derived musical traditions that have been preserved for generations.

The following list, which is neither comprehensive nor definitive, is an introduction to ten bands that fall somewhere along this spectrum, from the formal experimentation of Puerto Rico's La Tribu de Abrante to Río Mira's mission to celebrate the traditional music, culture, and history of the El Pacífico region in Ecuador and Colombia. Overall, the bands on this list—emphasis on bands, there are no solo artists here—range from established acts to relative newcomers, with deep ties to Africa, and an abiding respect for musical traditions that, in turn, provide a platform for afrodescendientes throughout the region.

This year marks the 15th anniversary of Novalima's self-titled debut, which blends elements of Afro-Peruvian music with electronica. The band have since released seven albums (four studio, three remix), including 2009's Afro, an album that saw them inviting several Afro-Peruvian musicians to join recording sessions and, subsequently, the live band. Currently, Novalima is set to release their new album, Ch'usay, or 'voyage' in Quechua, which is an allusion to the Andean and Amazonian influences presented alongside the Afro-Peruvian influences that have defined their sound for close to two decades. A pair of singles have already been premiered ahead of the September release, the album's opening track, "Ch'usay," and "El regalo."

Just last month, La Tribu de Abrante was featured in a New York Times article where they are described as "a high-energy, 12-piece fusion orchestra [that] has blended the sounds of bomba with reggaeton, reggae and hip-hop." The band is also credited as being part of the resurgence of the traditional Afro-Puerto Rican music and dance known as bomba—in addition to contributing to its evolution. To date, the group, led by frontman Hiram Abrante, has released one full-length album, Otro formato de Música in 2016. Their most recent single is "Pegaíto al Piso," a collaboration with Cuban hip-hop trio Orishas.

Like La Tribu, the 14-member Garifuna Collective has been part of a revival, exposing audiences around the world to Garifuna music, language, and culture. Their breakthrough came in 2007 as the backing band for the late Andy Palacios' critically acclaimed album, Wátini. The following year, members of the group participated in a project that eventually became Umalali: The Garifuna Women's Project. Ayó, which translates to 'Goodbye' in the Garifuna language, and Blackbirds Are Dancing Over Me, a collaboration with Danny Michel, are their two most recent releases.

Los Rakas is a hip-hop group comprised of Raka Dun (Abdull Rubén Domínguez) and Raka Rich (Ricardo Betancourt), two cousins from Panama who met in the Bay area in 2006, the same year they released the first of two mixtapes, Panabay Twist, followed by Panabay Twist 2: La Tanda del Bus in 2009. Since then, they have put together a string of releases that showcase their eclectic influences (dancehall, reggaeton, R&B, etc.) and bilingual rap skills, including a 2016 self-titled album that was nominated for a Grammy. Along the way, Los Rakas have embraced not only their afrolatinidad, but a political self-awareness that can be attributed to groups like Dead Prez. The video of "Sueno Americano" is one such example, tackling themes related to immigration.

Listen to Los Rakas' Africa In Your Earbuds mixtape for OkayAfrica

Ghetto Kumbé is a trio of musicians from Colombia whose sound explores the intersections of Afro-Colombian music; Caribbean house; and West African rhythms such as Lambam, Soli, Sofa, Kassa, and Makru. The band has also developed a striking visual presentation, which they describe in an interview with Sounds & Colours as that of "a psychedelic African tribe from the 21st Century." Their first EP, Kumbé, was released in 2015, followed by a second EP entitled Soy Selva, released in 2017.

Yasser Tejeda & Palotre is a critically-acclaimed Afro-Dominican quartet led by guitarist and composer Yasser Tejeda. Based in New York City, where they have developed a loyal following, their music reinterprets traditional Dominican rhythms (salve hymns, gagá, and palo) by combining them with jazz, rock, and various Caribbean influences. To date, their only release is the 2009 album Mesclanza, though the lead single of a forthcoming sophomore effort is said to be in the works, according to a report from this past June.

As is the case with several of the bands on this list, New York City-based Radio Jarocho is also part of a resurgence, one that is rooted in the fusion of African, indigenous, and Spanish influences that make up the traditional son jarocho genre of music from Veracruz, Mexico. To that end, the band recently teamed up with Zenen Zeferino, an important figure in the contemporary revival of Son Jarocho, to record their sophomore effort, which is entitled Ríos de Norte y Sur. The result, as described by music journalist Catalina Maria Johnson, is a collection of "beloved exemplars of the son jarocho songbook, delicately nuanced with contemporary flourishes."

Río Mira consists of a group of musicians that represent the overlapping stretch of Colombian and Ecuador's Pacific coast, known as El Pacifico, where Afro-Pacific identity and West African heritage have been preserved for generations—dating back to when runaway slaves, or cimarrones, first built communities there. Rio Mira, in turn, is a socially conscious project that highlights the culture, history, and music of the El Pacifico region through their music. The band released their debut album Marimba del Pacifico, in 2017.

Prior to their breakthrough U.S. tour in January of 2017 and the release of their first album, Loé Loá, Betsayda Machado and the members of La Parranda El Clavo had not performed together outside of the small rural hometown of El Clavo where, for three decades, they helped to maintain Afro-Venezuelan musical traditions such as the parranda and the Afro-Soul genre known in Venezuela as tambor. The last two years, however, have been a different story, with Betsayda Machado y Parranda El Clavo touring extensively in cities across Europe and North America. In addition, more recent compositions have touched upon the ongoing political and economic crisis in Venezuela, thus providing another dimension to the band's joyous live performances.

Liniker e os Caramelows is a Brazilian samba and soul band led by 23-year-old Liniker Barros. Since the release of the EP, Cru, in 2015, Barros has become quickly become an important figure for several of the burgeoning social movements in Brazil that intersect with her identity as a black trans woman. Meanwhile, the band's reputation abroad has steadily increased, thanks to a standout performance at SXSW and more recently, an appearance at Rock al Parque which made Barros the first transgender performer in the history of the festival, the largest of its kind in Latin America. At present, the band is touring the U.S. ahead of the release of their second album, a follow up to the 2016 release, Remonta. "Lava" is their most recent single.