He Tasted Like Cheetos: How a Christian Kid Discovered Gayness and Himself 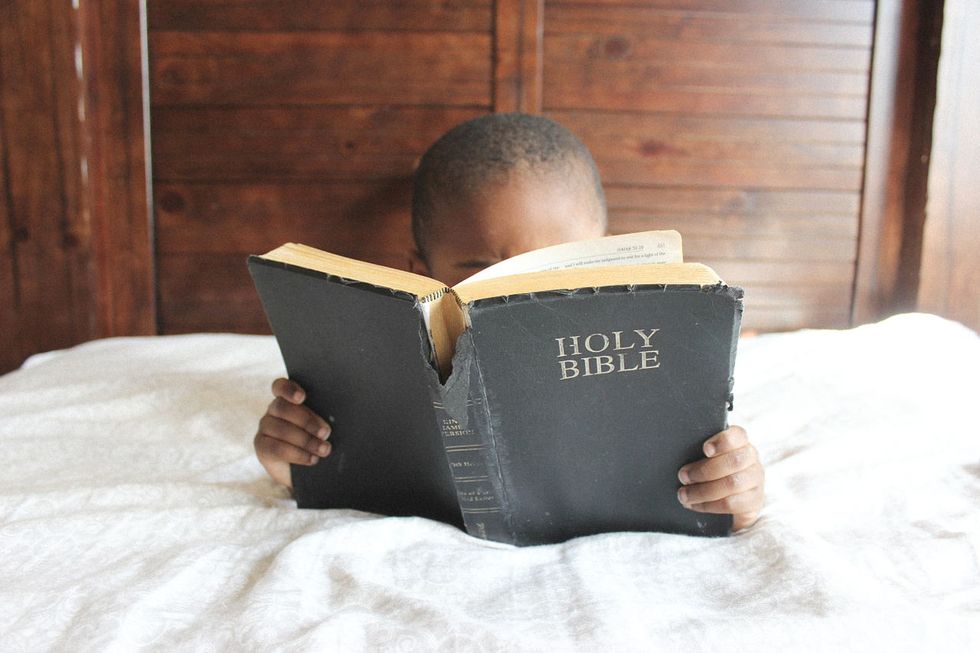 The story of a boy coming to terms with being gay through a sexual relationship with a childhood friend.

Every time we kissed, it tasted like Cheetos. Whether at age 9 or 15, it was always Cheetos.

The first boy I kissed was a family friend. From the ages of 8-16, then again at 19 we were heavily involved. I first met him when I was 8 and he was 7. Our parents were friends so I was at his house quite a bit.

When we were 11 we started going to a sleep-away camp. We were placed in the same tent. Not a full week after our arrival did we really have sex. We had been kissing and using our mouths up to that point and this progression felt natural.

He called me over and started kissing me and I gradually slid into his sleeping bag. It was a bit painful at first, but it felt right. Nothing had ever felt more right in my life up until that point. I've had sex with him so many times now that I can't really recall much more about our "first time." Every summer would be the same. He'd periodically humiliate me in public, mess with my belongings, join in on jokes about me, and then at night we'd have sex.

I was much younger then than I am now and at that time God was very important in my life. I went to mass everyday during the summer, everyone did, and I felt so bad. I was singing hymns and praises and I wanted to tear myself apart most services.

They couldn't tell he liked boys, but they could see that on me from a mile away, and I was hated for it.

When it came time for communion we could either receive the bread or a blessing, and I often found myself crossing my chest at the altar and receiving a blessing because I thought then that I was an evil mess. That place was filled with so much love, but I had truly believed that all of the love would recoil from me, that flowers and trees that surrounded us would die in my presence if everyone knew the truth. Now camp was in session during the summers, and that's when he and I were together. The school year was a completely different life for me. There was the harassment I received because I was gay, and I couldn't even admit that to myself. I didn't know what it meant, but whatever joy it may have entailed was constantly destroyed in front of me.

I refused to tell anyone that I liked boys, and I had suffered for it. Freshman year, gym class, I was sitting on the bleachers, alone, and a classmate had asked me why I was wearing two knee braces and before I could respond her another classmate said "cause he be sucking that dick." I had hardly uttered two words to him in a week and here he was saying something about me so vile, right in my presence. I had put my head in-between my knees for the rest of the class. Many days were like that over the school year.

Then in the summer I'd always see him. Be with him. I was torn on the inside. I was hurting. I could have fun during the day with other kids but at night, and even during meals I felt so alone. Whenever we had sex, I caught a break. I was eating from the cookie jar, and felt right, not good, but as if I was meant to be doing that. Having sex with him. The relief that sex with had brought me was there for only a moment, and then I went back to being at war with myself.

I had looked to him more than once for comfort, for friendship, but he couldn't even spell those words. He was "masc," as the people say, so he never dealt with the homophobia that I did. They couldn't tell he liked boys, but they could see that on me from a mile away, and I was hated for it. More sex, more hurt, more pain, more rejections, more blessings at the altar—I don't know how I continued to breathe. I thought I had God, but that was only adding to the pain. But I couldn't show any of this to anyone. What would they make of a 15/16 year old and these problems?

A small part of me, to this day, wishes somebody did know, and told me that they still loved me, and that it was okay. I was 16 then. I'm 21 now. I'm black and gay and fat. I have ADD and am possibly psychotic. I didn't accept me—all of me—then. I didn't know how to. I didn't love myself. But now I am accepting all of me—loving my full-self. If I could have done so then, I'd probably be in a higher tier of gay. A group of people that I can only glimpse at via social media.

But I'm moving forward now, not back.