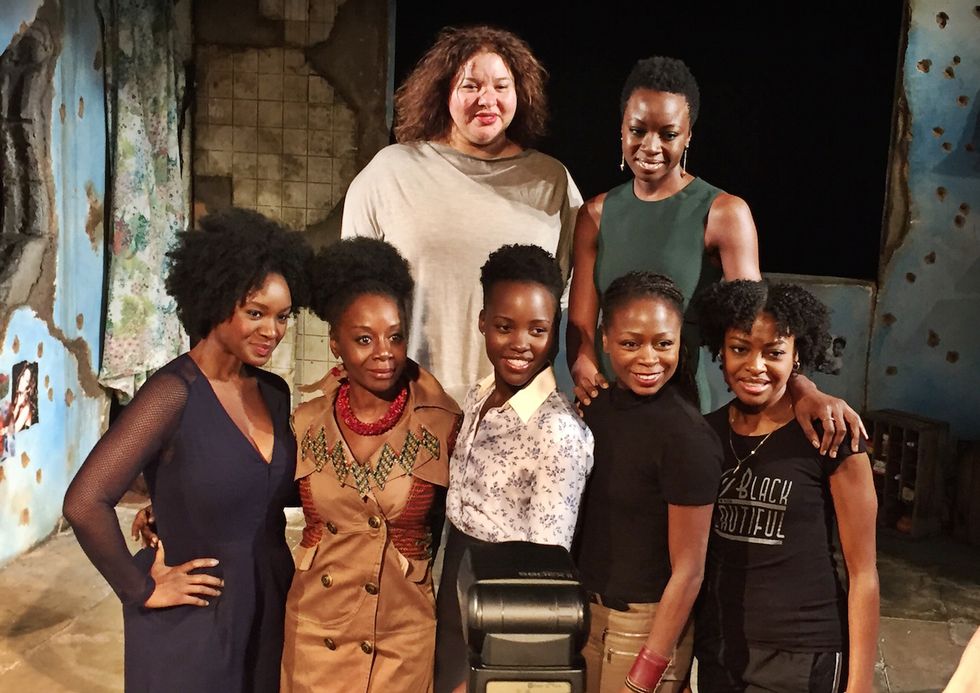 Eclipsed made history when it debuted on Broadway earlier this year for bringing some much-needed diversity to the “Great White Way.” Written by Zimbabwean-American actor, playwright and star of The Walking Dead, Danai Gurira, the powerful drama tells the story of five women during the Second Liberian Civil War.

When the play originally ran at the Yale Repertory Theater in 2009, a little-known Yale School of Drama student understudied for the principle role of the “Girl.” That same Yale School of Drama student would return to the stage—this time as the lead and with a few more accolades to her name—when New York’s Public Theater staged a sold-out production of Eclipsed last September under the helm of South African-born director Liesl Tommy.

The student was Academy Award winner Lupita Nyong’o. She and her co-stars, Pascale Armand, Akosua Busia, Zainab Jah and Saycon Sengbloh (who is herself Liberian), would reprise their roles when producers Stephen C. Byrd and Alia Jones-Harvey of Front Row Productions brought Eclipsed to Broadway this past March, also under Tommy’s direction. (Byrd and Jones-Harvey, it’s important to note, are the only African-American lead producers on Broadway.)

Tonight, Gurira and producers Byrd and Jones-Harvey are being honored at the annual Theatre Communications Group (TCG) gala in New York City.

“We're thrilled to honor both the visionary artistry and activism of Danai Gurira as well as the groundbreaking work of producers Stephen C. Byrd and Alia M. Jones-Harvey,” said TCG’s executive director, Teresa Eyring. “By bringing the voices of women from Liberia’s civil war to the Broadway stage through their acclaimed production of Eclipsed, they’ve reaffirmed theatre’s power to humanize and connect us across borders.”

The gala is being held at the Edison Ballroom. For information on tickets and sponsorship contact gala@tcg.org or (212) 609-5931.