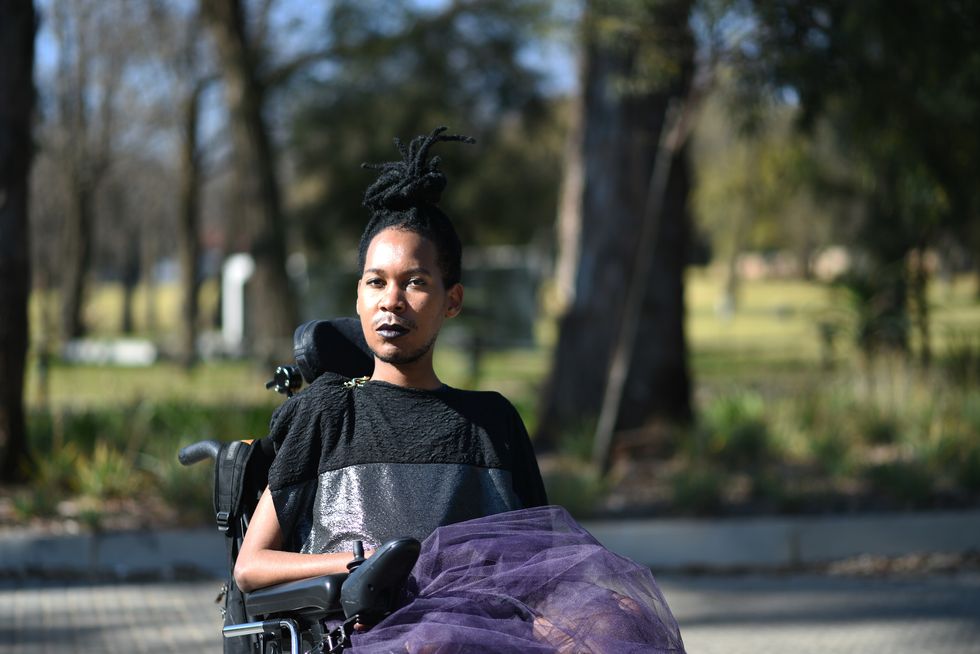 25-year-old South African Eddie Ndopu has become the first African with a disability accepted to the University of Oxford.

A 25-year-old black, queer feminist thinker in Johannesburg is making history in a big way. That young South African is Eddie Ndopu, a disability rights activist who recently became the first African with a disability admitted to the University of Oxford.

Raised by a single mother who fled apartheid South Africa to self-imposed exile in Namibia, Ndopu was diagnosed at the age of two with spinal muscular atrophy and given until the age of five to survive.

In the two decades since his prognosis, Ndopu has led an extraordinary life and career. Up until recently he was the Head of Amnesty International's Youth Engagement Work for Africa. Prior to that he was part of the 2008 inaugural class of the African Leadership Academy in Johannesburg and a summa cum laude graduate of Carleton University in Canada, where he served as a research analyst at the World Economic Forum. At 20, Ndopu was invited to give a Master’s Tea at Yale. Indeed, Ndopu’s credentials are ridiculously stacked. The magazine Pacific Standard named him one of their Top 30 Thinkers Under 30 this year.

In 2015, Ndopu applied to Oxford. A few months later he was admitted to the university’s Blavatnik School of Government to study for a Master of Public Policy degree.

“The reason why I chose this institution was because this particular programme is the only programme in the entire world that looks at public policy through a global lens,” Ndopu told The Daily Vox. At Oxford, he plans to set up his own non-profit, the Evolve Initiative, which seeks to close the access gap for people with disabilities. Speaking with Daily Maverick, Ndobu explains that through Evolve, he hopes to become the first African with a disability in space.

But whether or not Ndopu will in fact become the first African with a disability to study at Oxford remains to be seen. While it’s true he was awarded a full scholarship, the scholarship failed to take his disability-related costs into account.

“They [Oxford] assumed that I would able-bodied, so they did not account for the 24-hour care I will need,” Ndopu told Mail & Guardian. “There is no visa category for a caregiver who needs to accompany an international student with a disability because this has never happened at Oxford.”

Ndopu requires over R500,000 to cover the outstanding costs associated with his Oxford admission––including an automated wheelchair along with his personal caregiver’s travel, living and accommodation expenses.

#OxfordEddiecated is a campaign that was recently launched to get Ndopu to Oxford. The campaign’s official video, which we’re excited to co-premiere today, offers a glimpse inside Ndopu’s brilliant mind.

Watch the video below directed by South African filmmaker Nadine Kutu for Live Mag. Keep up with the #OxfordEddiecated campaign on Facebook and Indiegogo.