These daring books by queer writers describe the intersectionality of identities in LGBTQ culture.

Representation matters. In the same way that the voices of Black and African writers have been necessary in revolutionizing the world of literature and pushing back against dominant Eurocentric narratives, it has been equally important to witness the rise in stories that speak to the lives and experiences of queer people.

The works of writers such as Chinua Achebe, Es'kia Mphahlele, Tsitsi Dangarembga and Buchi Emecheta have undoubtedly produced seminal works which have cast African Literature into the spotlight.

5 Books by African Writers You Need To Read This Summer

However, the work of writers such as the late Binyavanga Wainaina and even a contemporary such as Romeo Origun, have endeavored to go further and reconcile what it means to be African and queer against the backdrop where so many having portrayed the two as mutually exclusive identities. This also extends South African writers, of course. For far too long, queer people have been excluded from literature and prevented from telling their own stories in their own way. The tide is turning and the past two decades have seen the steady increase in the number of works produced by queer people—and it's been yet another glorious revolution.

From the works of the late K. Sello Duiker to one of South Africa's most successful poetry books by Koleka Putuma, here are just five (there are plenty more) books which center the narrative of queer people. 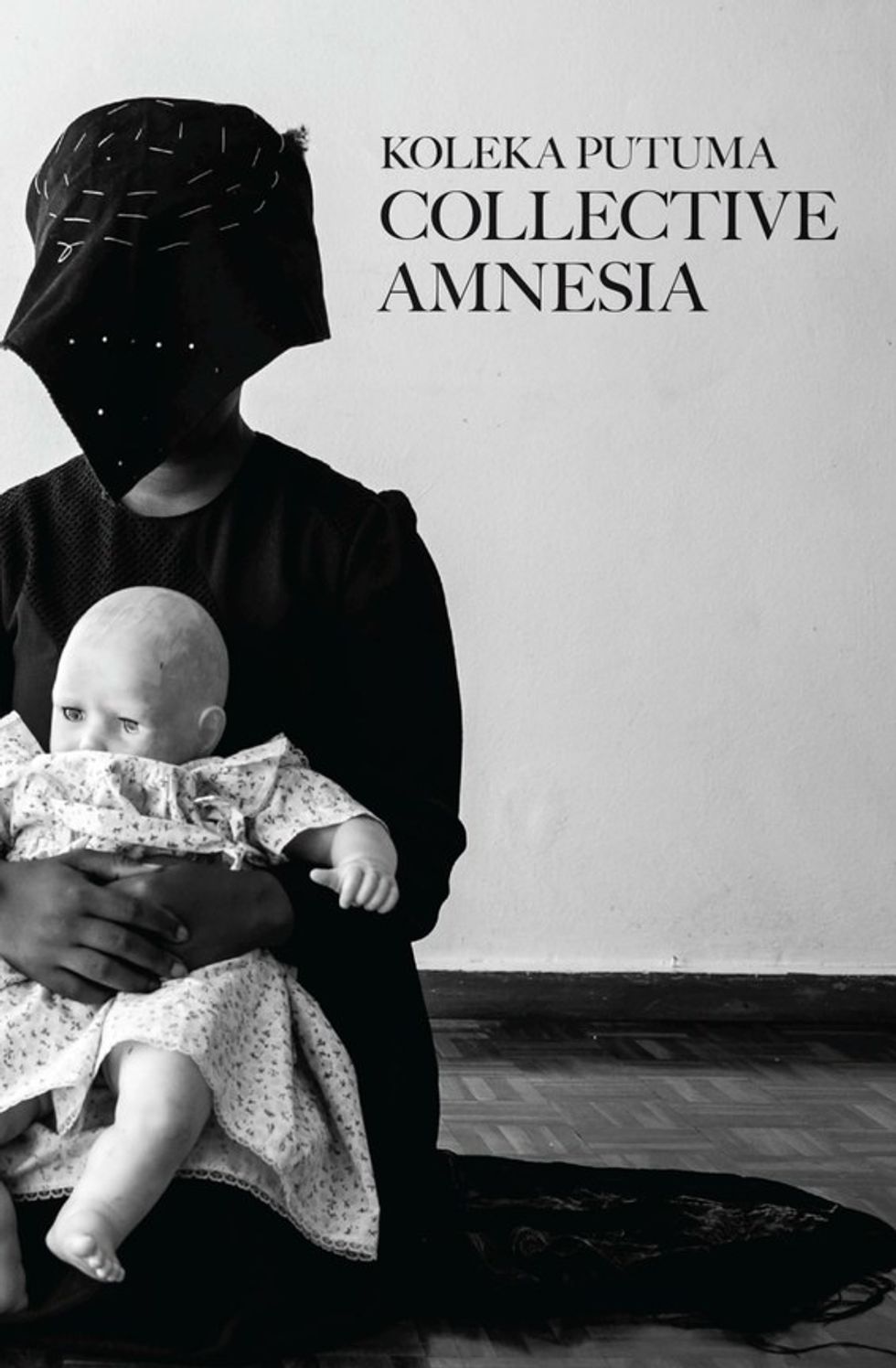 "How many abortions have fallen out of your mouth while counting the men in your life?" These are among the first words that the reader is confronted with in Putuma's debut collection of poems. Her exploration of womanhood, Blackness, queerness, traditionalism, trauma and everything in between has been so incredibly compelling that Collective Amnesia is the first poetry collection to have a 9th print run in the country. The collection has even been translated into Spanish and adopted as reading material for students across the country. Women protesting against the rampant gender-based violence in the country have often used Putuma's words, "I don't want to die with my hands up or legs open" as an impassioned plea to have their voices heard. One of the many notable poems, No Easter Sunday for Queers, was developed into a theatrical production which was showcased at Joburg's Market Theater back in August of this year. African Books Collective has rightly described Putuma's work as "incendiary poems [that] demand justice, insist on visibility and offer healing." 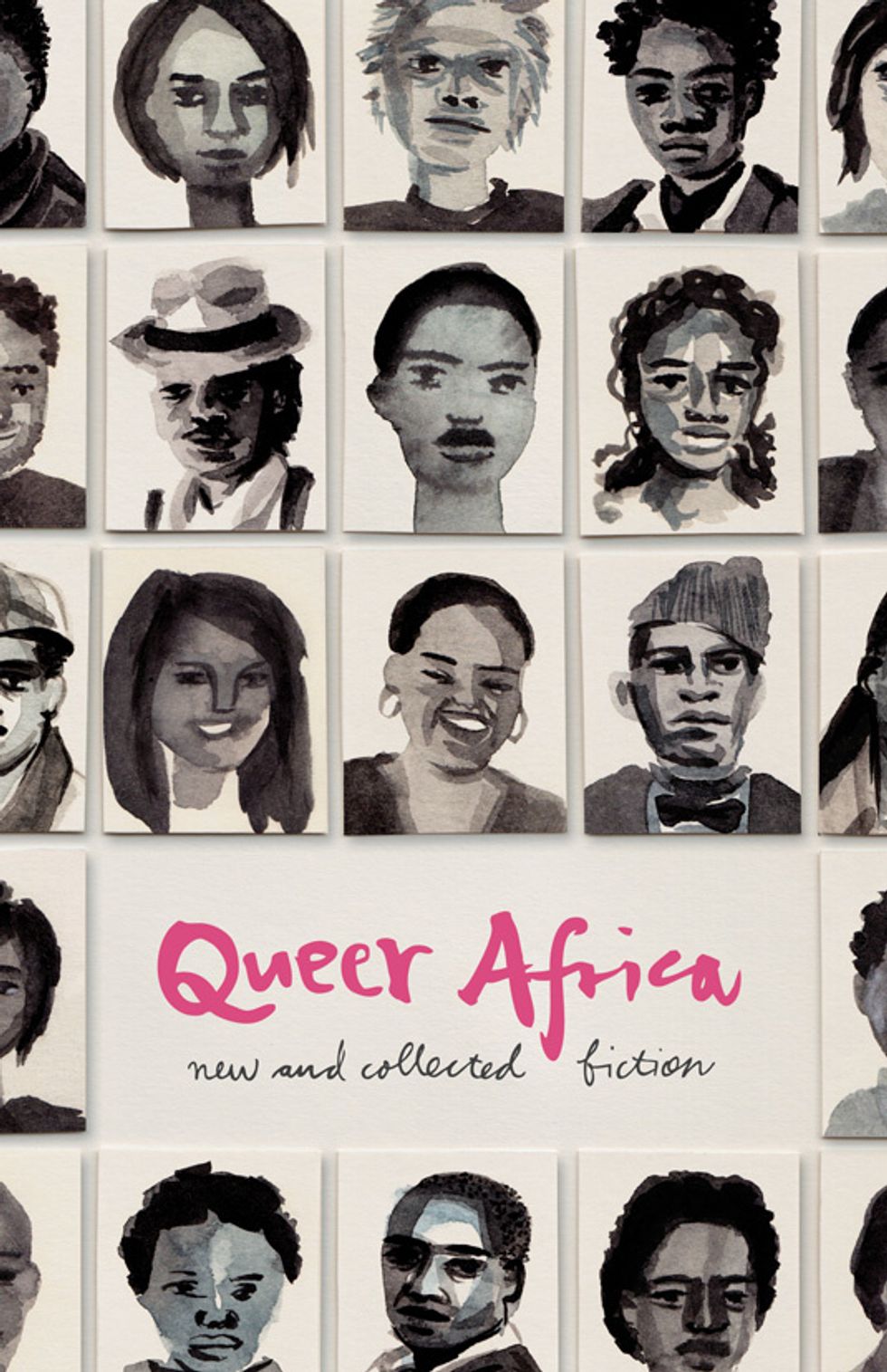 Queer Africa: New and Collected Fiction is a South African collection of 18 queer stories by writers from all over the African continent which was published by MaThoko Books, an imprint of the Gay and Lesbian Memory in Action (GALA), a center for LGBT culture and education in South Africa. This evocative collection of stories which portray queerness in varied settings has been described as a celebration of the "diversity and fluidity of queer and African identities, offering a sometimes radical re­-imagining of life on the continent." Back in 2014, It was awarded the Lambda Literary Award in the "Best Anthology" category and has become influential in the teaching of queer theory at a number of universities in South Africa.

'The Quiet Violence of Dreams' by K. Sello Duiker 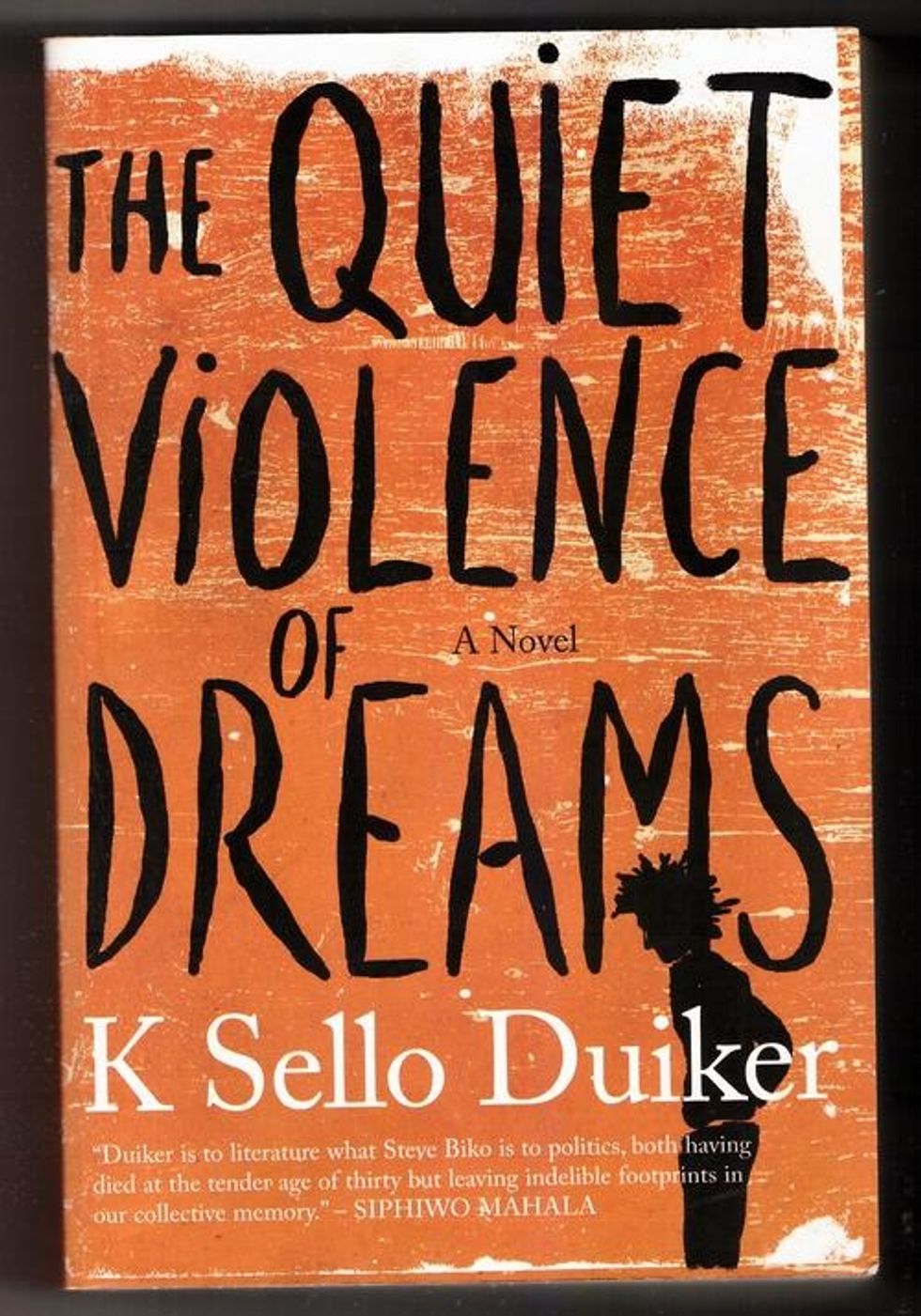 The late Duiker is one of the greatest South African writers there ever was. He was a writer that was unafraid to plunge into the abysmal depths of human emotions and write them on paper as genuinely as he felt them. Before he died, he published Thirteen Cents and The Quiet Violence of Dreams. The latter was a raw and haunting book that followed the life of its main character, Tshepo, a young university student who is troubled by his mind after a past traumatic event in his life. He delves into the world of sex work and grapples with his sexuality, spirituality and what seem to be mythical powers in his possession. It is admittedly a heavy read which transports the reader to a place that is both familiar and unfamiliar at the same time. South African writer Siphiwo Mahala described Duiker as being "to literature what Steve Biko is to politics, both having died at the tender age of thirty but leaving indelible footprints in our collective memory."

'You've Got to be Gay to Know God' by Siyathokoza Khumalo 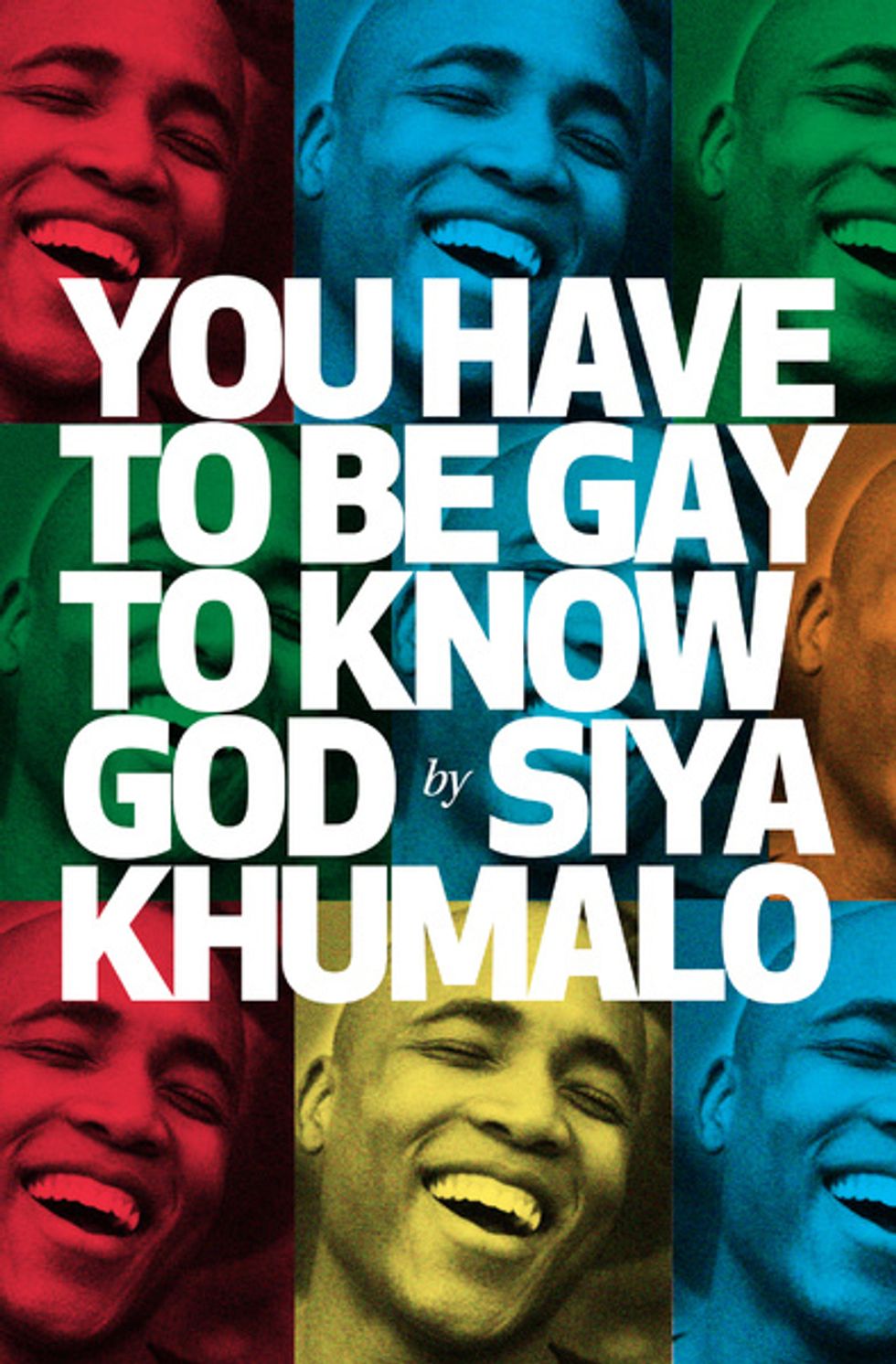 The contents of this book is as provocative as its title. It is in part a biography of sorts which sees Khumalo describing to the reader personal accounts of what life was like as a young boy trying to figure out his sexuality at a same-sex school. Additionally, the book provides commentary on a number of important topics including religion, politics, sexuality and patriarchy. Speaking in an interview, Khumalo says the book was supposed to be a "nice, polite book for Christians about the Bible" and spoke about queer people finding meaning in the same organised religion that often condemned them. It is an honest and unapologetic work that has been praised by some and criticized by others because of the uncomfortable conversations it confronts directly and unflinchingly.

'Black Bull, Ancestors and Me' by Nkunzi Zandile Nkabinde 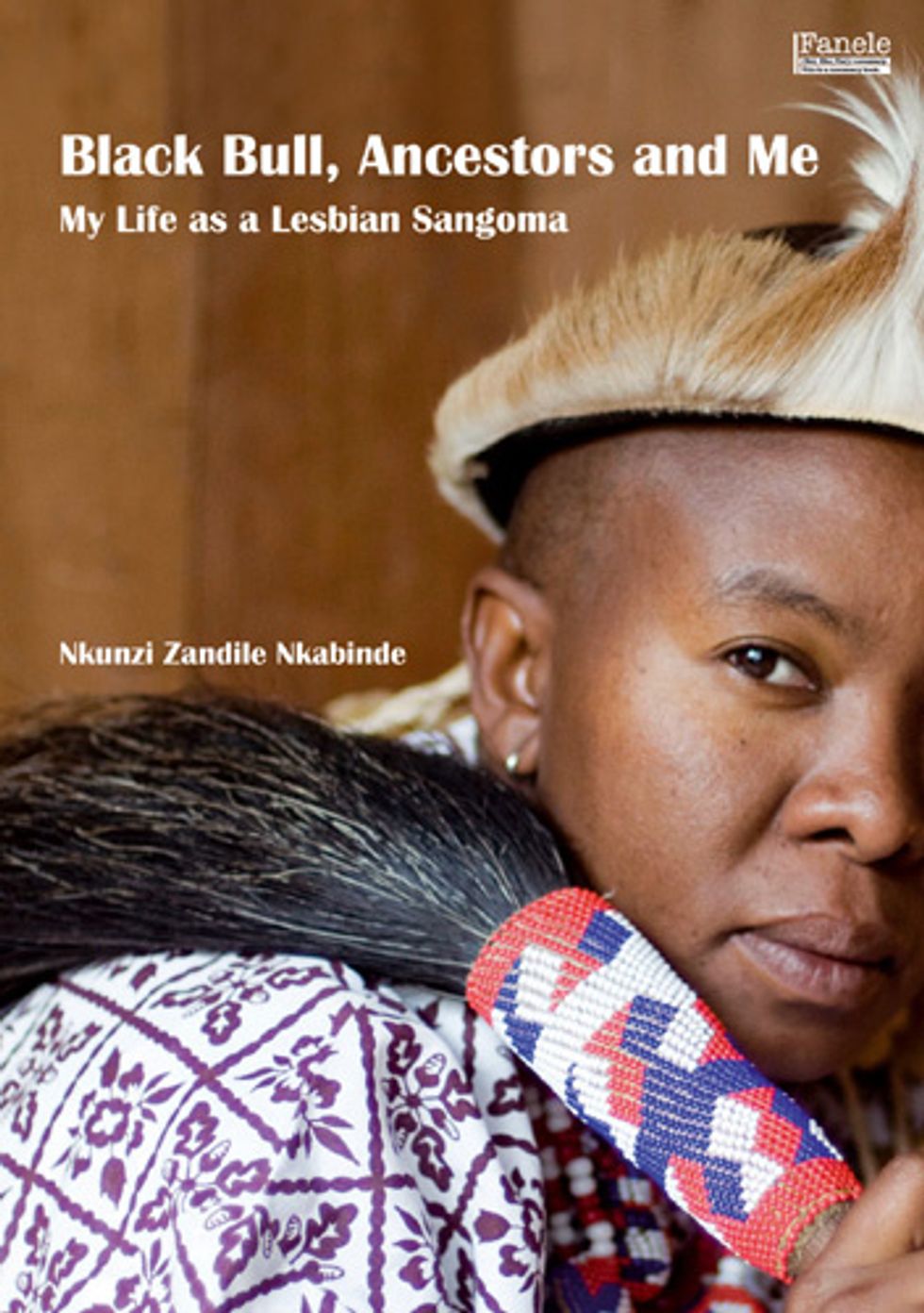 This memoir tells the story of Nkabinde who is held in high esteem because she is a sangoma (traditional healer) but also treated with contempt because she is lesbian. It is yet another work that speaks to the challenges and discomfort that come with intersectional identities especially when one of those identities is still considered "unAfrican". The book details a number of the traditional practices and rituals that sangomas engage in as the healers in their communities while also describing the hardships and indignities that Nkabinde herself endures because of her sexuality.

A-Reece has released another song via SoundCloud. "Selfish" is a minimalist song with its beat consisting mostly of gnarled guitar strings and a pulsating bongo drum.

Aewon Wolf has always preferred to sprinkle some pop in his hip-hop, as can be heard in his previous releases. His latest project, The Return, his first in two years, boasts some pop-leaning songs like "Thando Lwami," "Something Special," "Cool Kids" and others are all glazed in the customary top 40 chart sheen through the use of glossy synths and pads alongside other contraptions.