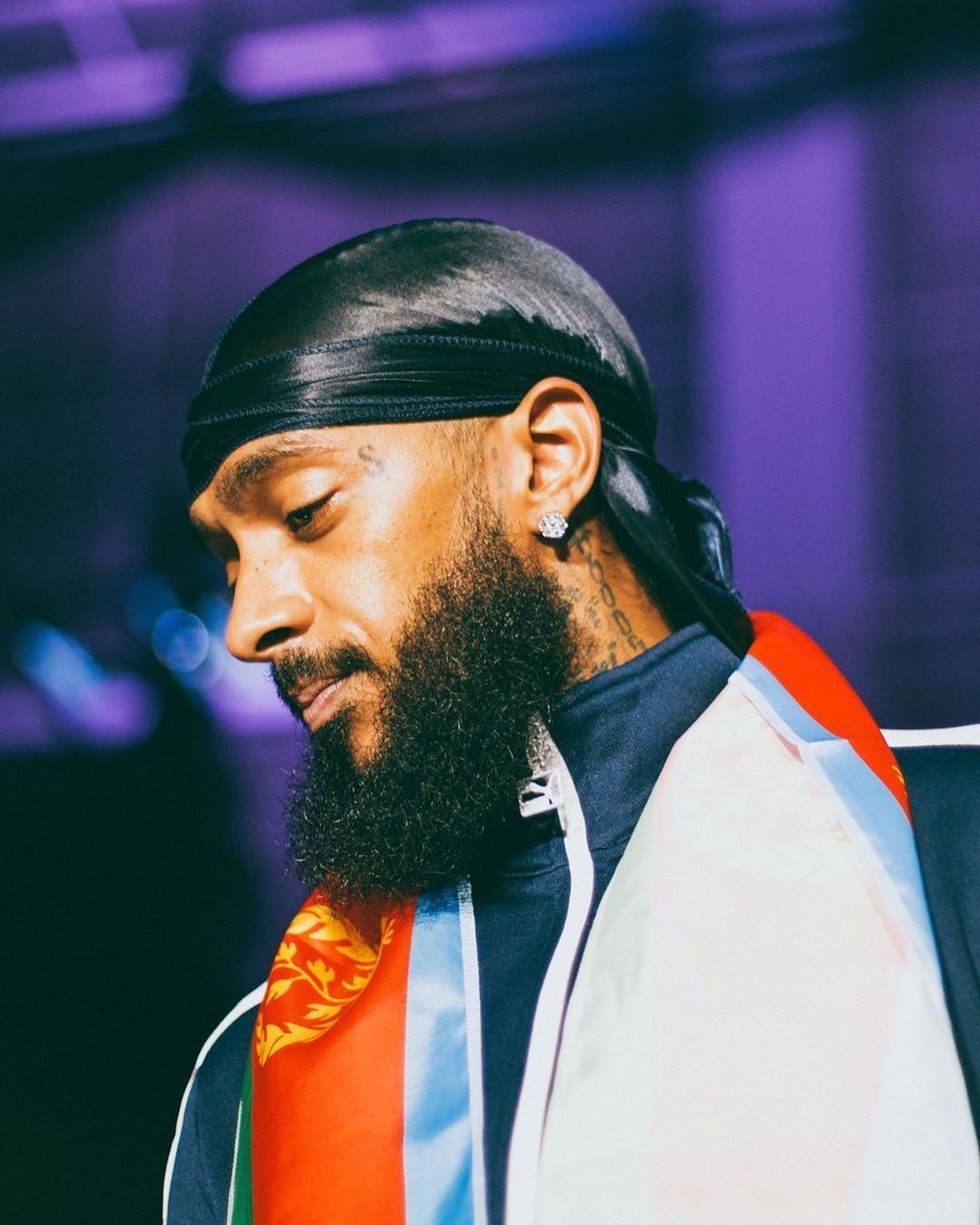 The utter shock continues to reverberate as the world mourns the loss of Eritrean-American rapper Nipsey Hussle. The Grammy-nominated artist, entrepreneur and community builder was killed March 31st in front of his store Marathon Clothing in Los Angeles.

Born Ermias Davidson Asghedom to an African American mother and Eritrean father, he was very proud of his upbringing and heritage. As Abraham T. Zerenotes for Africa Is A Country, his pride is one of the many examples of notables in entertainment who have been reconnecting to their African roots and made it so "public and explicit."

In a March 2018 interview with Dallas-based radio station 97.9 The Beat, Nispey reflects on meeting his Eritrean family for the first time:

"I went out there for three months in 2003—met my granny for the first time, met my cousins, so it definitely had a major impact. I was raised in LA by my mom, my mom's family is Black American, but I always knew my heritage from my dad, but I never met my family. My dad was the only one in America—everybody else is back home. So when I went out there, it educated me to the other side...it just gave me an understanding of what my dad's life was like growing up, what his family was like. I got embraced and they loved me and I became aware of the culture. I'm half American and half Eritrean—as much as I am a black person from America, I am a black person from Africa too. I embraced both sides of that after I went out there."

He returned to his fatherland a few months after his interview in May. Check out his appearance on the "Open Mic" program on ERi-TV below where he speaks on his sense of pride knowing the history of his country:

Fellow young Eritreans, Ethiopians, folks from neighboring countries, as well as just Africans worldwide have been reflecting on the impact he's had as one of the few to represent the habesha community in such a profound way.

Here are a few reactions that hit home:

Nipsey taught us that even as a children of African Immigrants, where it feels like you’re never ‘American’ enough… https://t.co/rSx8wHZUYD
— Amarachi Nwosu (@Amarachi Nwosu) 1554139662.0

I can’t get over this. Nipsey was a true activist. He invested heavily in the upheaval of his community and inspire… https://t.co/qIIxMVGupg
— samra (@samra) 1554097802.0

almost certain that he was the first habesha american in entertainment that i ever knew about. his presence meant s… https://t.co/z7ogTWM6Hy
— agerenesh ashagre (@agerenesh ashagre) 1554079447.0

Keep up with the developments around this tragedy, via our sister platform Okayplayer, here.