Niniola Is the Nigerian Queen of Afro-House 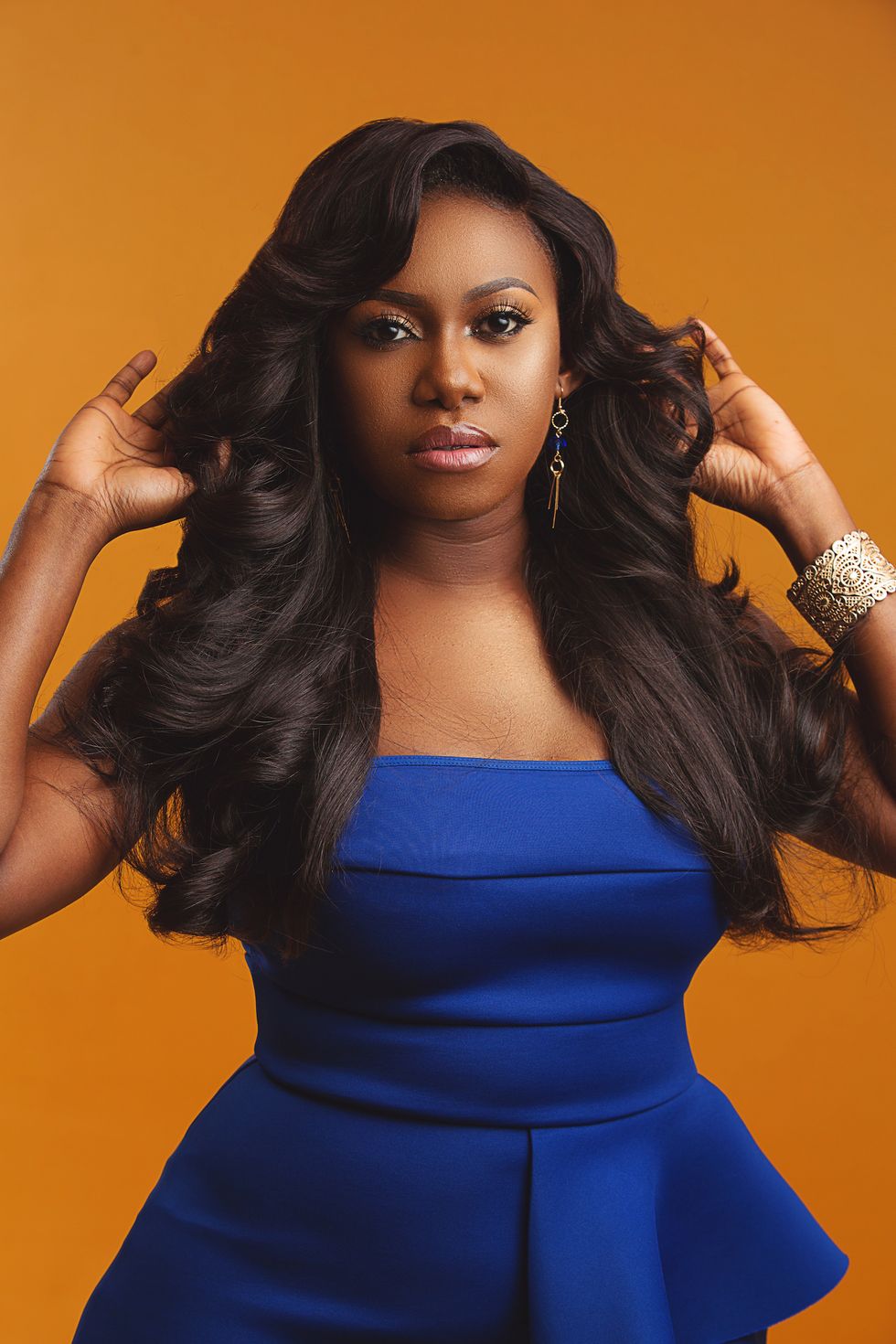 Niniola's combination of an inimitable voice and confident songwriting shine in her debut album, This Is Me.

Niniola started out as a ballerdeer, a good one too, judging by her live performance of "Itura," an original composition she sang as a contestant on the 2013 edition of Project Fame West Africa. But that was until she "met Sarz and that's when all that changed," she mentions.

Sarz is the mercurial producer who made "Come Closer" for Wizkid and Drake, and with whom Niniola has worked to establish house music in the Nigerian pop consciousness with a handful of releases that include with "Ibadi," "Soke," and "Maradona," the crown jewel in the pot of gems that is This Is Me, her debut album released in October.

Earlier in August the "Queen of Afro-House," as she's been nicknamed, won Choice Female Vocalist of the Year which was followed by a nomination, in September, for "Maradona" in the Best Artiste in African Electro at the All African Music Awards (AFRIMA).

Niniola's combination of an inimitable voice and confident songwriting were going to always serve her well, one comes to think, even if she hadn't entered for Project Fame West Africa. But she did and came third runner up, by which time her talents had won the hearts of many viewers.

Speaking from her base in Lagos after a recent promo tour to London, Niniola says writing comes naturally to her but she is not opposed to asking for assistance from other writers. "It's just that right now I don't think i have exhausted what I have upstairs, so I still want to do it myself," she says.

All 13 songs that made the final cut for This Is Me were written by her, a feat that is even more impressive considering how free from monotony they appear. The album opener "Moyo" which in Ekiti Yoruba means "to rejoice" is a worship song, defined by soft guitar pluckings. "Oyin," which simply means "honey," is even mellower and full of passionate heart-renderings to a lover, ending with unexpected additions of trap-like chants, bringing forward a soundscape that used to be a staple of radio R&B.

Terry Apala, who features on "Bale" continues to make good on his proclamation "I dey do anything with apala music," as his voice adds rough texture to a song about being at peace with God's work in one's life.

On "Dola" the most memorable English lyric, "I do my crying in the rain," is beautifully ambiguous and could mean reassurance or dejection, but what gets to your guts is when Niniola holds a note high, one that would float away if it wasn't tethered to the tight groove on the beat made by ODH, who also made "Bale" and "Gbohun." "We have a lot we are working on at the moment so stay tuned" she says of ODH who, after Sarz, has the larger share of work on This Is Me.

"Gbohun" literally means "voice carrier," a title perfectly suited to Niniola but it's purpose is not of self-praise but of self-preservation, she explains, "what I am saying is let my enemies not prevail over me."

As for Sarz she says, "it is simply a perfect match and because all these started with him, it's easy. Sarz understands me and his level of creativity too makes it work. You guys have no idea what that guy is capable of, trust me." Except that we do and Sarz himself has made sure of this since titling a single as "Beat of Life", a beastly big body beat which took some of Wizkid's best singing and writing to tame.

"Maradona," which was made by Sarz, is one of the most elegant beats to have come from the afro-pop sphere this year, and one which Niniola recalls happened on a "blessed day." "I went to meet Sarz and I told him I wanted a mad single and 30 minutes into Sarz making the beat we could feel it was it. The second I said 'oh Maradona,' Sarz said that's your chorus."

Excited, they both continued to "vibe" before arranging and recording the song, whose title takes after the Argentine footballing maestro's dribbling skills which she likens to a cheating lover's deceitful ways.

Many artists, when asked, are quick to tell of the long list of songs they have filtered through before arriving at a final tracklist. Niniola makes it clear this is not the case: "Honestly I won't sit here and tell you we had 100 or 150 songs, but know that if I wanted to give you three dope albums, i had songs to do that. But i didn't want to pull a Chris Brown move on you guys," she says with a laugh.

This Is Me may have only 13 songs, but the aim it has set out for itself is larger than one of consolidating dominance in afro-house. Niniola's debut is tasked with establishing afro-house in Nigeria, a genre that is rooted and has flourished in South Africa.

Niniola's decision to adopt house and adapt it to Ekiti Yoruba and Nigerian-English was a clever move that has distinguished her from what is often a homogeneous lot in Nigerian pop which, like many pop markets, slavishly pursues newer, trendier soundscapes, the most recent of which is Pon Pon. This borrowing, the latest filch from Ghana, is a dominant sound in Nigerian pop coming after azonto and al kayida.

House music, however, has had a slower but continuous intake. Some of the notable house releases have been "All For Love" off Wizkid's Sounds From The Other Side; "Sugarcane" from Tiwa Savage, and "Fasta" by Kah-Lo who earlier this year received a Grammy nomination for her other "Rinse & Repeat."

"In Nigeria i can't actually mention one artiste that does house," said Niniola, also adding that "outside Nigeria I am so feeling the South Africans, and the way they have accepted my sound. You'll be sure to hear a lot of collaborations from me and my people down south."