The 13 Best South African Songs of The Month 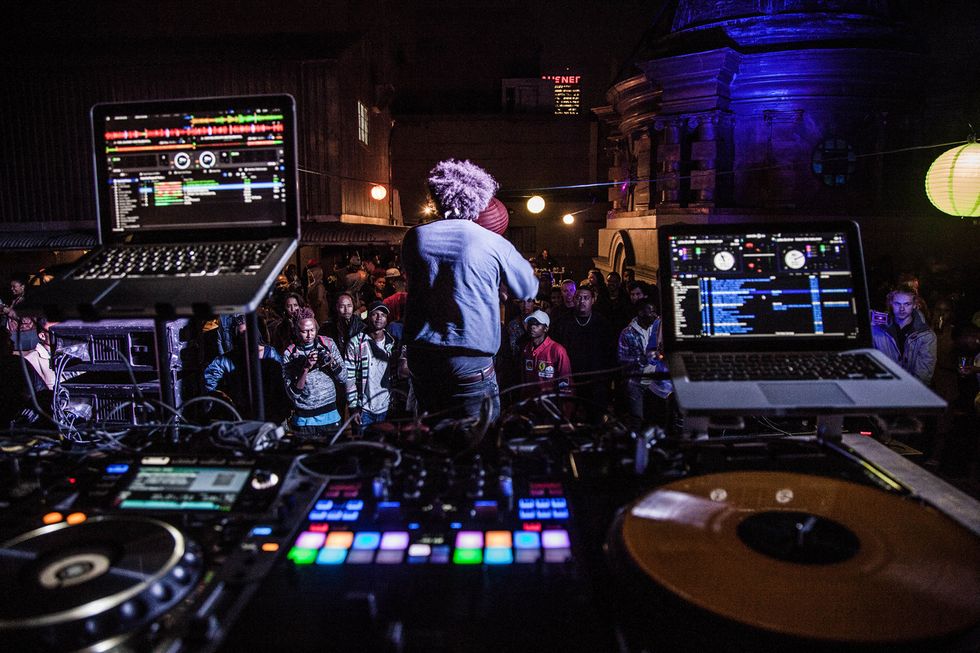 Check out our selections for the month of June below, which feature Ginger Trill,Ami Faku, Solo, J Molley and others.

Kid Tini roped in rap veterans Styles P and Stogie T for a bar fest over an ominous instrumental. "Get Money" had many a hip-hop head quoting and deciphering lines when the song dropped. The song was given a visual interpretation by a world class music video.

Prince Kaybee has another hit in his hands. The song "Gugulethu" from his current album Re-Mmino has been playing everywhere you go in South Africa. The song features vocals sung in SiSwati by Indlovukazi, Supta and Afro Brothers. To officially highlight the song, the artist shot a memorable video in Gugulethu, Cape Town. The visuals show Kaybee cruising in a Gusheshe in the streets of Gugs, while featured vocalist Indlovukazi performs in different locations in the same hood. The highlight of the video, however, has to be the dancing, mostly from Cape Town talent.

After marrying the love of his life last month, Solo released a heartwarming song. "Two by Two," which boasts an expensive sounding hook from Buks, has sprinkles of 80s' pop. A sound Solo and Buks have explored before.

Rapsody sounds at home over the song's fast-paced instrumental, and Lady Zamar's vocals don't disappoint as usual. "Freedom" is the best of both worlds, as it morphs from house to trap with a mean bassline, especially on Lady Zamar's parts.

Lucille Slade's golden voice sits perfectly over sultry R&B production on "Velvet." Released in May, the single just got treated to a sensual music video that sees the singer dancing racily.

Ginger Trill and Top's collaborative EP is not all that. But a few songs are worth your while, one of them being "Going 2, Coming From." From production to raps, delivery and the hook, it's a decent song with decent replay value. It's a pity the same can't be said about most of the EP.

FonZo “Fell Asleep on the Couch”

FonZo reflects on how different life was when he was younger to what it is now, from liking things one used to speak down upon, to waking up on the couch if you ever pass out on the couch. FonZo's storytelling is one of his strongest traits as an MC, and on "Fell Asleep on the Couch," he doesn't disappoint.

Gemini Major invited fellow Durbanites Tellaman and Nasty C for his latest single "Right Now." Nasty C handles the chorus and the first verse before Gemini Major and Tella finish off what's already a slapper with equally engaging verses. Smoky synths and 808s give the song texture while the three close friends exhibit their different personalities and artist traits with an undeniable chemistry.

J Molley is growing right before our eyes. "Flower Child" reveals a less cynical version of the artist—the song is as serene as its music video.

"Bazically" is nothing special, but the beat bangs, and Rouge, as usual, does wonders over it. It will highly likely be a hit, but it wants to be her hit "Dololo" so bad.

Former The Wrecking Crew members B3nchMarQ and Flame dropped a banger from the B3nchMarQ duo's upcoming EP ASPEN 2, a sequel to their debut EP ASPEN. A solid hook from Flame complements the duo's raps that are easy on the ear, as is usually the case.

YoungstaCPT “The Cape of Good Hope”

YoungstaCPT highlights "The Cape of Good Hope," a standout from his latest album 3T, as a single. In the video, he showcases different parts of Cape Town. While most of his videos are shot solely in the hood, "Cape of Good Hope," shows a few of the city's touristy places such as Clifton Beach, alongside middle- and working-class areas like Wynberg.