Trevor Noah's 'The Daily Show' Contract Just Got Extended Through 2022 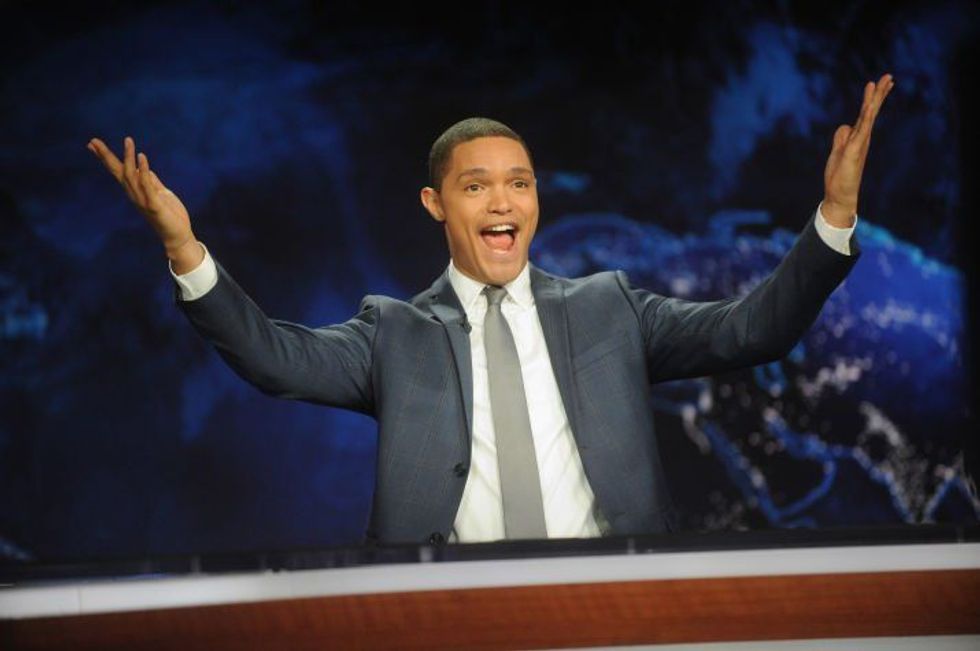 Looks like we'll be seeing Trevor Noah on our TV screens for at least five more years.

Comedy Central has announced that it's extending the The Daily Show host's contract until 2022. His new contract states that he will also produce annual end-of-year specials for the network.

“I'm thrilled to be continuing this amazing journey with both fans of The Daily Show and Comedy Central," remarked Noah. "It's really exciting to renew this contract for either five more years or until Kim Jong Un annihilates us all-whichever one comes first."

The show's ratings have seen a 30 percent increase for the year, reports Shadow and Act.

The South African funnyman seems to be on a winning streak. Just last week, he won his first Emmy ever for Outstanding Short From a Variety Series for his special The Daily Show: Between the Scenes.