These 7 African Women Poets Will Keep You Calm, Cool, and Collected for the Summer

Here's 7 of our favorite female writers who are reshaping poetry worldwide to hold you over this summer.

When Beyoncé dropped Lemonade earlier this year, the world opened their ears to the brilliant work of the British-Somali poet Warsan Shire. But while the mainstream is only catching on to her now, Warsan has been a widely acclaimed poet for some time now. The 27-year-old poet published her first chapbook in 2011 titled Teaching My Mother How to Give Birth and was selected as a Young Poet Laureate in 2013.

In honor of Shire and the countless other African women influencing the poetry landscape today, we've gathered together our favorite contemporary poets to read this summer. Whether you're looking for additions to your summer readings list, curious as to who the authors are behind the multitude of quotes you find so frequently shared on your timeline, but which often go uncited (do better internet.), or you simply want to marvel at the beauty and power of African women in the diaspora, we got you covered. These poets will teach you about love, identity and home all the same. 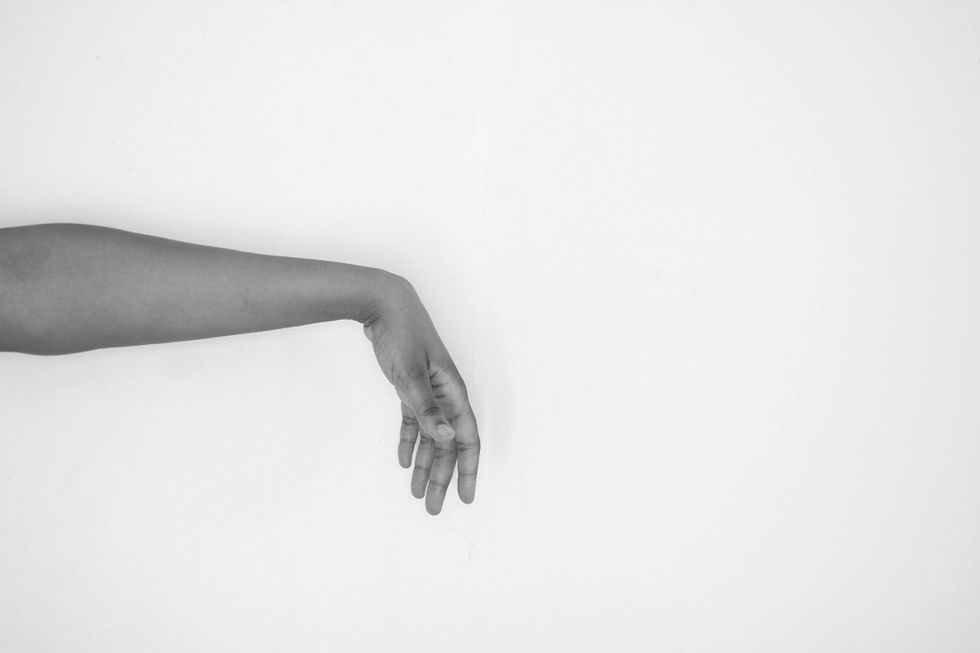 Although not much is known about the oft reclusive writer, Waheed is a U.S. based author whose work has garnered international acclaim. Writing on identity, immigration, and self-love in succinct and powerful sonnets, Waheed distinct voice has reshaped poetry. Waheed released two books, Salt, which was published in 2013 and Nejma, in 2014. You can follow Nayyirah on Twitter @nayyirahwaheed.

To give you a taste of Waheed's work, in commemoration of Afeni Shakur's passing, the writer wrote a homage to the famed rapper's mother for VIBE magazine. 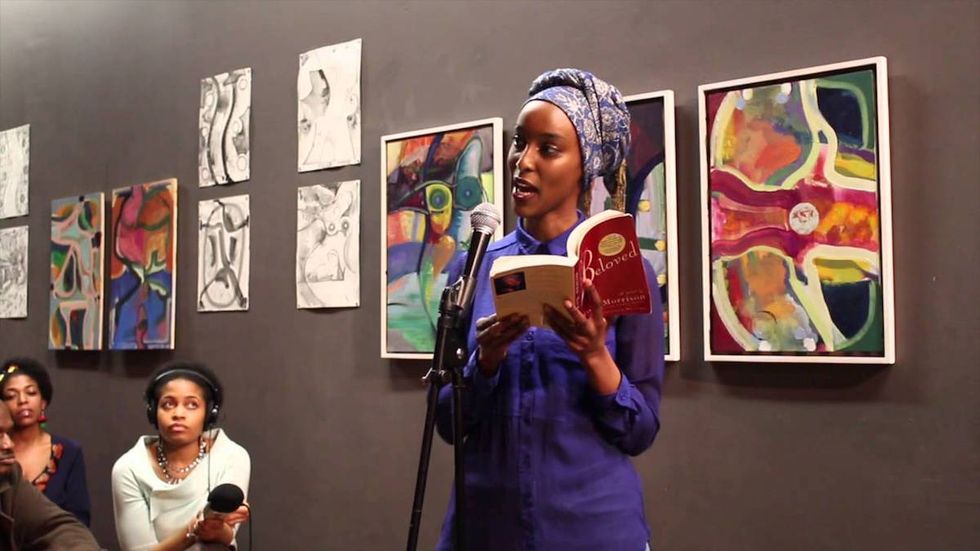 Ladan Osman is a Somali-American poet and teacher. In 2011, Osman was awarded the Sillerman First Book Prize for her collection, The Kitchen Dweller's Testimony. Osman's work transverses the realms of identity, specifically her Somali heritage and Muslim identity. In an interview with The Paris Review, Osman explains the thought-process behind her work. “It was important for me to address all the ways people attempt to override the narratives of our own lives, and the ways we subjugate ourselves and second-guess our own sense of witness," she explains.

Favorite Quote: "I want to say 'Be!' to her but am an ordinary soul./ I watch for the fold under her eye to twitch. / I have many dreams, I say to her./ In my dreams I am better than myself." ― Ladan Osman, Ordinary Heaven 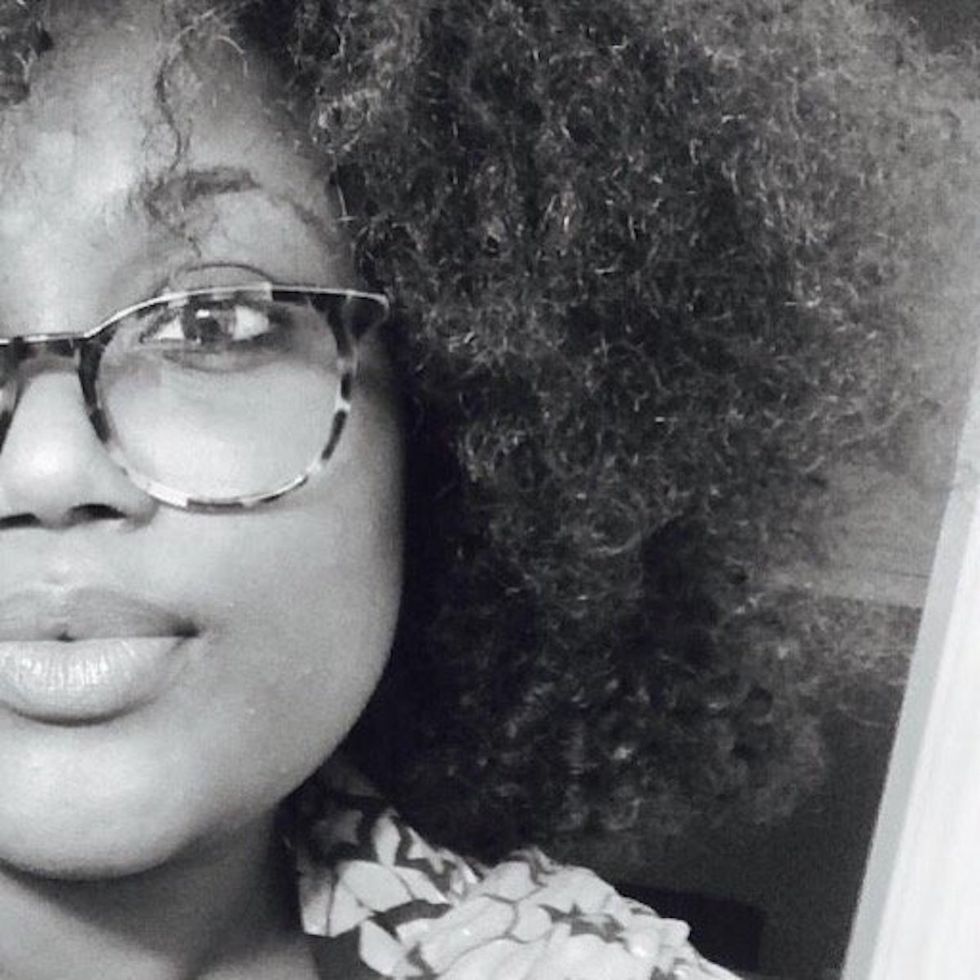 Getting her start through the social media site Tumblr, Ijemoa Umebinyuo is a Nigerian poet born and raised in Lagos, Nigeria. She published her first collection of poems titled Questions for Ada in August of 2015. Writing of her personal story, Umebinyuo highlights the tribulations of being a woman, being foreign and being loved. You can follow Ijeoma on Twitter @ijeomaumebinyuo. 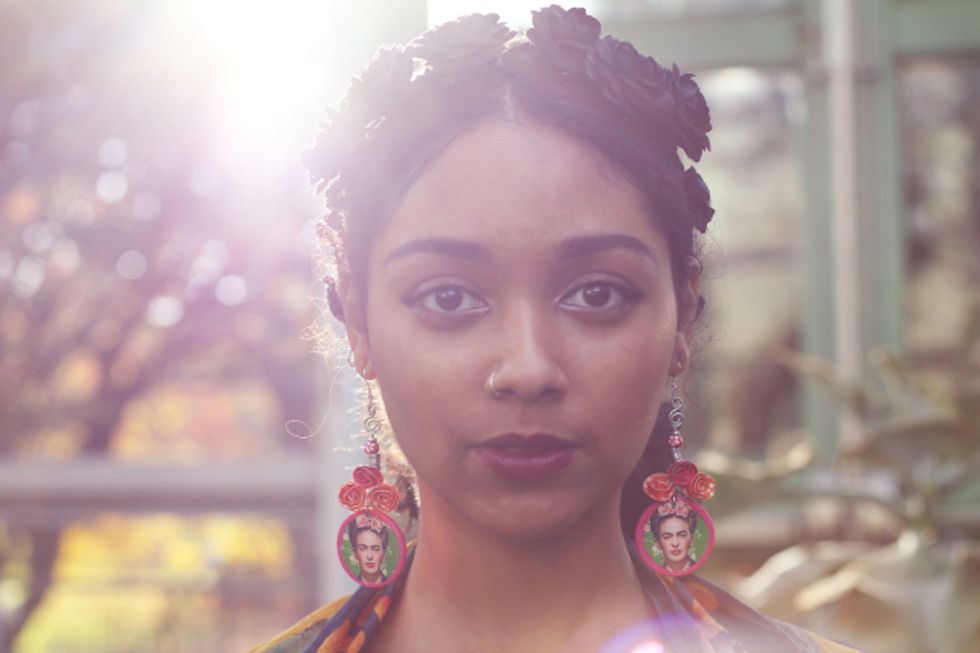 The Sudanese author who grew up in Washington, D.C. is a young poet on the rise. She is the poetry editor for the Kinfolks Quarterly: a journal of black expression and co-winner of the 2015 Brunel University African Poetry Prize. A former Tedx speaker and performer on TV1's Verses and Flow, Elhillo speaks on lost translations, of home and of identity. Safia previously published her first short collection of poems titled, The Life and Times of Susie Knuckles and will publish her second collection in 2017 titled The January Children. You can follow Safia on Twitter @mafiasafia.

Favorite Quote: “I will say:/ Most men are afraid of me, you know?/ Or, I will say:/ In my culture we do not take our men's names as our own/ You have nothing for me/ I have my own name/ I know/ now how this body works/ How it will never let a name go until it has taken it into the mouth and fed it to the breath/ I still know by heart" ―Safia Elhillo 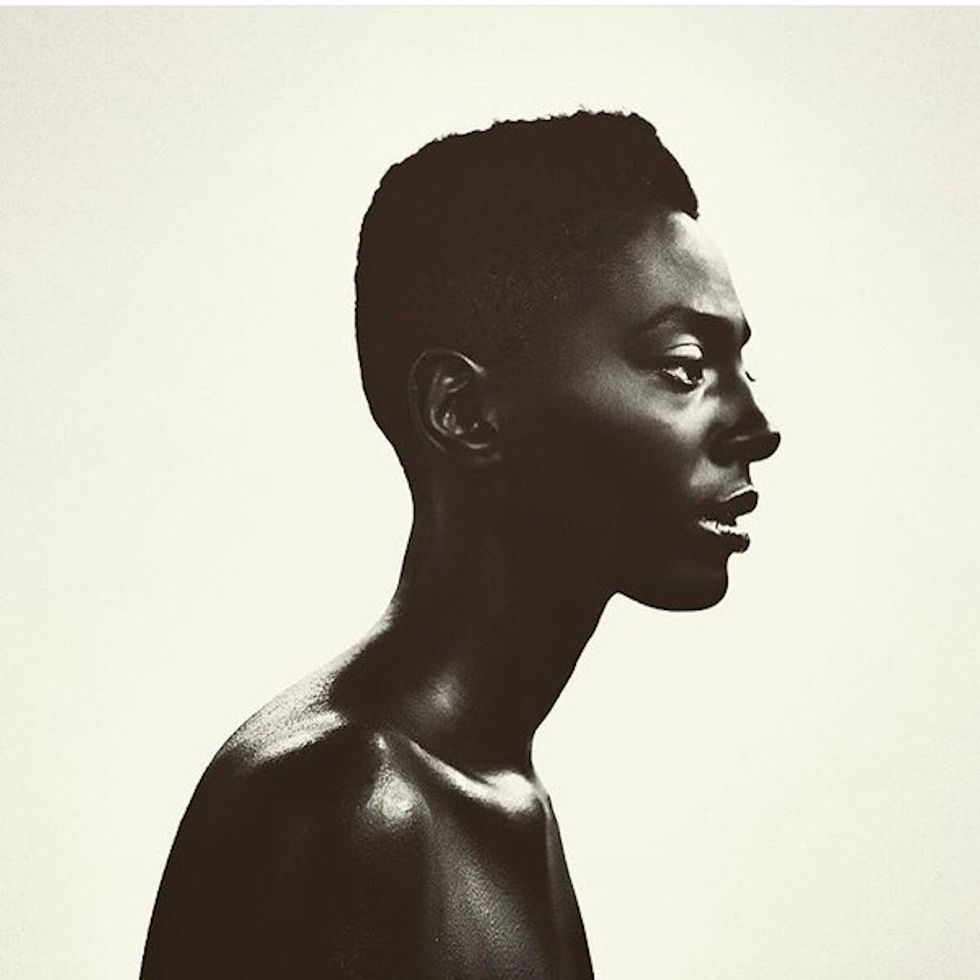 The daughter of a Jamaican mother and a Nigerian father, Yrsa Daley-Ward published her debut book bone in 2014. The actress and writer speaks on womanhood and sexuality; and breathes honesty in her poems highlighting her struggles with depression and self-reliance. You can follow Yrsa Daley-Ward on Twitter @YrsaDaleyWard.

Favorite Quote: “The pastor makes twenty-four/ references to hell / in the sermon at church and forgets/ to talk / about love." —Yrsa Daley-Ward, bone 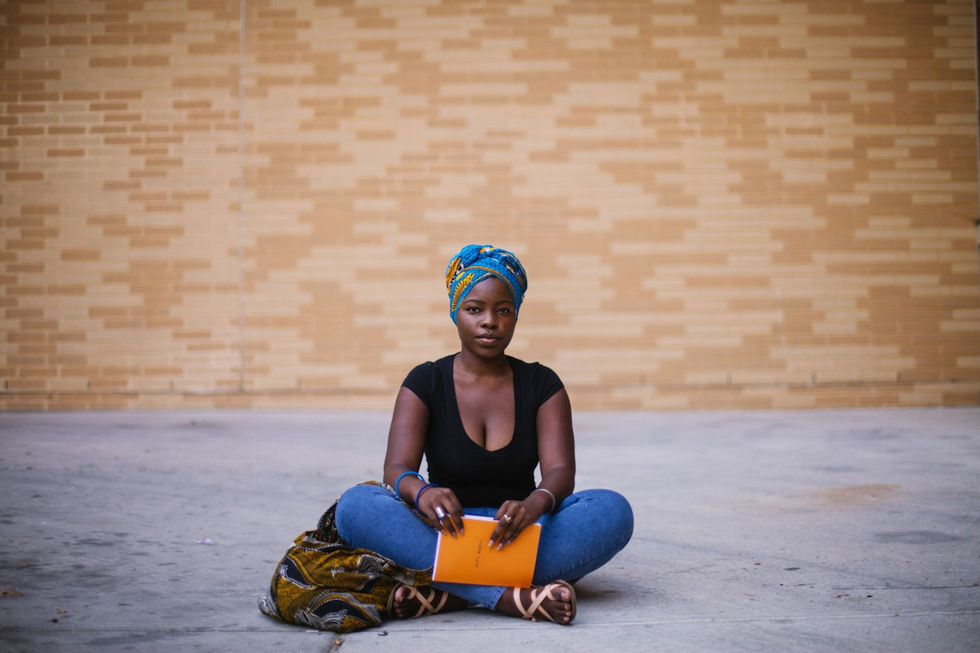 Upile Chisala is a Malawian poet. Along with writing poetry, the recent college graduate who hopes to attend Oxford University in the fall is the co-founder of the Yanja Series, a monthly gathering for women of color in Baltimore for expression and creation. In 2015 Chisala published her first collection of poetry titled, soft magic., a collection of short poems that explore gender, identity, the diaspora and self-care. That is all to say, if anything else follow Chisala's Instagram account. I promise it won't fail you. You can also follow Upile on Twitter @BeingUpile. 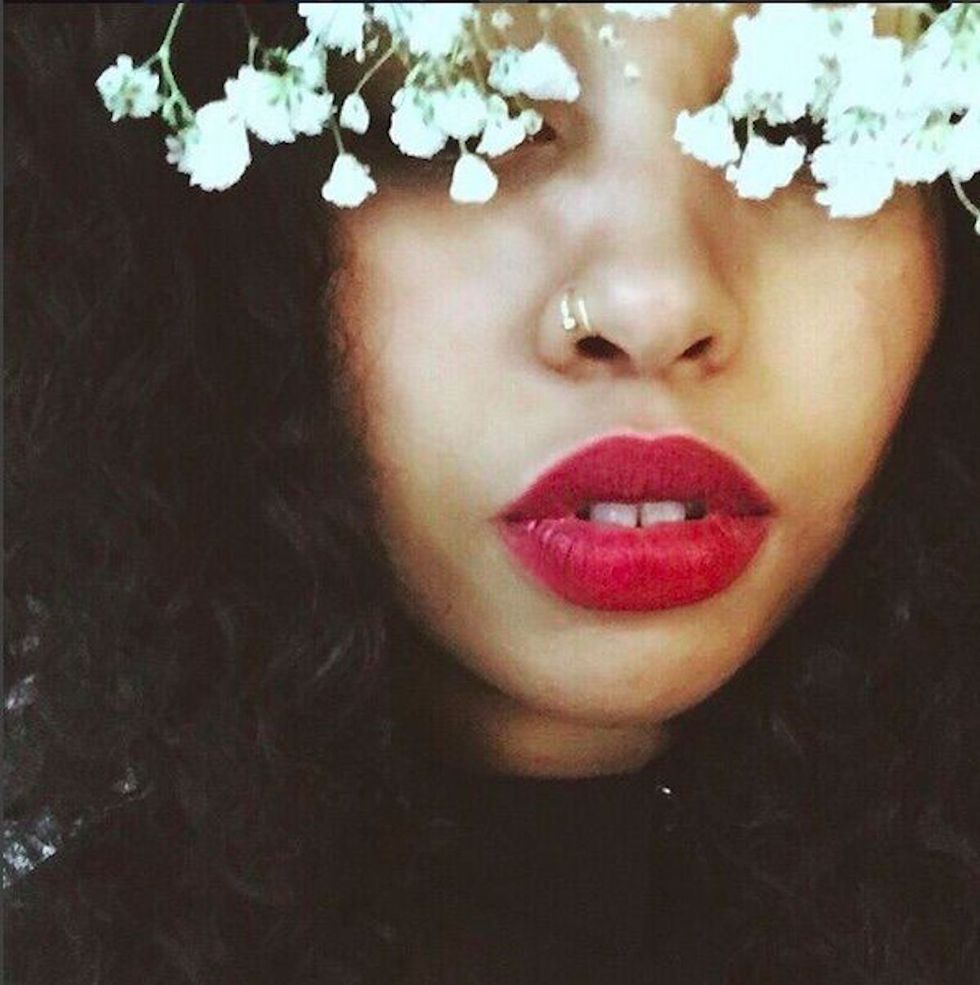 Born in Kenya to Somali parents, Shire and her family moved to the United Kingdom when she was a 1-year-old. Along with her chapbook, Teaching My Mother How to Give Birth, Shire released Her Blue Body in 2015. Warsan is currently working on her first full collection of poems to be released in 2016 titled Extreme Girlhood. You can follow Warsan on Twitter @warsan_shire.

Favorite Quote: "you can't make homes out of human beings/ someone should have already told you that / and if he wants to leave/ then let him leave / you are terrifying/ and strange and beautiful/ something not everyone knows how to love." —Warsan Shire, “For Women Who Are Difficult to Love"

You can watch Warsan's recite more poems below.

Okayafrica contributor, Ciku Kimeria speaks to Ismaïl on her groundbreaking film, her hopes for the filmmaking industry and the universality of stories. Read on for the conversation, and stream Dhalinyaro here.

In our 'Spotlight' series, we highlight the work of photographers, visual artists, multimedia artists and more who are producing vibrant, original work. In our latest piece, we spotlight Adekunle Adeleke, a Nigerian visual artist, using digital mediums to paint dream-like portraits of Africans. Read more about the inspirations behind his work below, and check out some of his stunning paintings underneath. Be sure to keep up with the artist on Instagram and Facebook.

Can you tell us more about your background and when you first started painting?

I am a self taught artist. I started drawing from when I was really young. I mostly used graphite pencils and paper. But about six years ago, I think it was 2014, I wanted to start getting into color. I was a university student at the time and I lived in a hostel with three other people, so I couldn't go traditional so [instead], I started making paintings digitally, first on my iPad and then on my laptop with a Wacom. I have been painting ever since.

What would you say are the central themes in your work?

I personally think my work celebrates beauty (African beauty to be precise) and occasionally absurd things. I really just want to make paintings that are beautiful.

How do you decide who or what you're going to paint?
I do not have an exact process. I do use a lot of references though. Sometimes, I had an idea of how exactly the painting would look, others I just make it up as i go along.

Can you talk about a particular moment or turning point in your life that made you want to pursue art or a creative path?

I am not sure–I did not actively pursue art in a sense. I was just doing it because it was fun and I wanted to. Then people all of a sudden wanted to put me on projects and offer to pay for my hobby. I have thankfully been able to make art and also work in a separate field—which I also enjoy–by day.

Veteran Somali musician Ahmed Ismail Hussein has passed away at the age of 92 according to reports by the BBC.

Considered one of the founding fathers of contemporary Somali music, the musician passed away in London, England, after having tested positive for the coronavirus.