5 Afro-Latinx Poets You Should Know 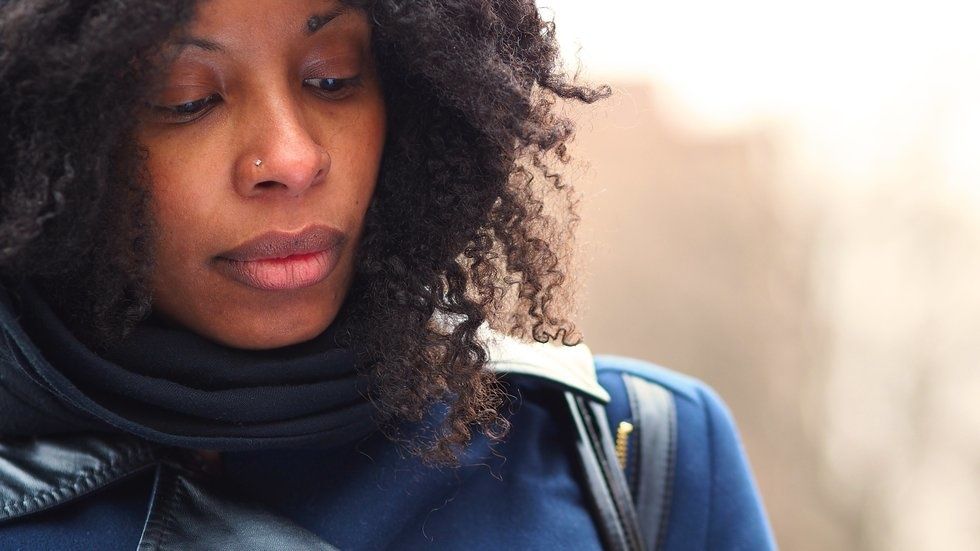 Get familiar with the work of this talented group of poets.

I have a strategy for finding new poetry to read: I take my friends to a bookstore and they can't help but comment on the latest works and suggest writers that would resonate with me.

Many of the poets on the following list came from that process. After exploring their work, I ended up enjoying the poems so much I wondered why I hadn't found them myself in the first place.

One of the most memorable names for a poem is "Elelegy" which is what Aracelis Girmay creates by combining the word "elegy" with the sound of ululation made in many parts of East Africa. She begins her most recent book Black Maria (2016) with "Elelegy" where she introduces herself—"I, Aracelis Kay Weyni Girmay, the narrator-author, born in the/United States. My routes: Eritrea, Puerto Rico, African American."

Girmay uses her family background to think about various sea crossings in Black diasporic histories from Eritrean migrants crossing to Europe to enslaved Africans crossing to the Americas. Her poetry not only tackles politics through family history, but also friendship as a way of creating new family. "I am only 10 & riding/ all of my horses home/ still sisterless, wanting sisters" she writes in one of the best poems "Moon for Aisha" that celebrates the poet Kamilah Aisha Moon who makes her realize that new relationships can change how you remember your history.

Vincent Toro's book Stereo.Island.Mosaic does not shy away from the brutal histories of empire as Toro explores and celebrates Puerto Rico. "This island is a bridge

Toro is not only a poet, but a playwright, director and educator. His book explores identity in the collective, ambitiously engaging themes like colonization, race, and Caribbean identity. If you're interested in poetry that wrestles with global concepts without ignoring small details, check out Toro's work.

Nicole Sealey introduces herself in her debut collection Ordinary Beast (2017) through the first poem "Medical history" that is less clinical than it's title implies. "I've been pregnant. I've had sex with a man/who's had sex with men. I can't sleep.../I'm spooked by wind. Cousin Lilly died/from an aneurysm. Aunt Hilda, a heart attack" She says in lines more tender than most confessions made to a doctor but still as uncomfortable.

Sealey knows how to think through rituals, whether it is the histories told to doctors or the houses created to appease gods. In her poem "Igboland," she writes about the creation of a mbari, a process where a community builds a house for the Nigerian goddess Ala, before the workers discard and burn the clothes they used for their labor. "The West in me wants the mansion/to last. The African knows it cannot./Every thing aspires to one/degradation or another. I want/to learn how to make something/ holy, then walk away," Sealey writes. She explores what a medical history also reveals, that what is meaningful does not have to be permanent.

Lorenzo Thomas is a poet who was a vibrant member of the Black Arts Movement in New York City. He was born in Panama in 1944 and spend most of his life in New York. His style and politics were greatly influenced by African poets writing in Portuguese like Francisco-Jose Tenreiro and Marcelino dos Santos and also poets like Léopold Senghor.

Thomas is a poet to return to because his lines always feel timeless, capturing a perfect balance between ordinary and political pain—"All Americans are losing/Their minds are going crazy/With the fear of being/Alone/In the world/Going nowhere." His poetry addresses various issues like the Vietnam war, civil rights, or American media culture but you can read poems he wrote in the 70's and still feel like they are just as relevant today.

Poets often write like translators who show their work by dissecting and considering how every word could expose memories or find new meanings. María Fernanda is a translator and her poems reflect that craft in the ways that simple words take you into multiple worlds.

María Fernanda thinks about family in ways that remind me of Girmay. In one of her earlier poem "GUAYAQUIL, 1996," she invokes sea crossings with it's connotations of the breaking and making of family in a poem that explores the process of adoption. "The nurses, calling me by my middle name/Because every orphan girl was named María, pulled the Dress/Over my head and I watched the bow disappear from my hair/Like a boat leaving one for the next," she writes, exposing through an unravelling bow how girlhood can be interrupted and created.