We touched base with the creator of the @yungnollywood account (who has requested to remain anonymous), to learn more about the inspiration behind the curation of the content that's made rounds on Twitter, as well as list what she thinks are the 20 best Nollywood films of all time.

You'll see the lives of three friends and how their love lives play out after they play a game with irreversible consequences.

Four babes in university end up blackmailing and scamming most of the government officials in the country. What's not to love about a scamming squad? 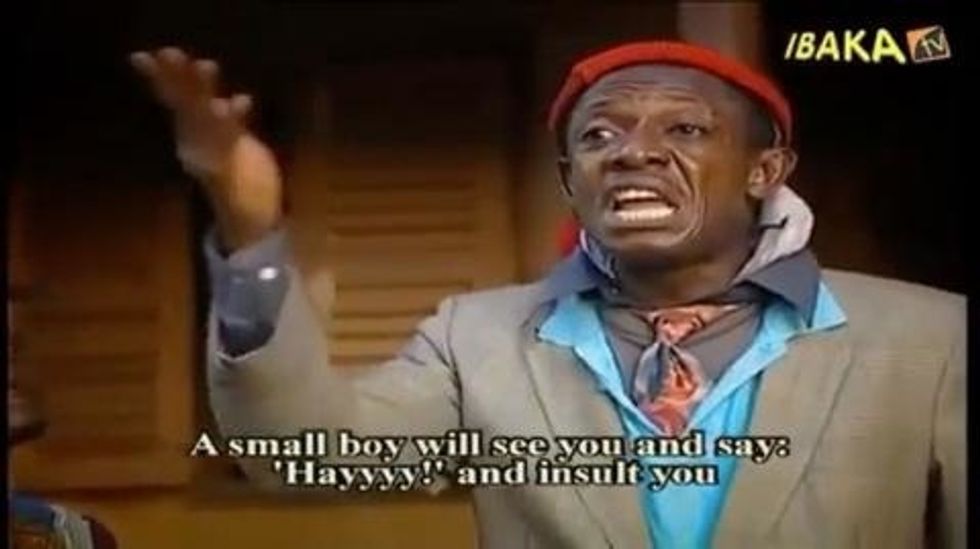 She's the greatest player who ever lived. There are also two sequels because, clearly, no one could get enough of Sharon.

Here you'll see a group of women more powerful than their husbands; dedicated to acquiring more power over each other. We stan powerful career women.

The only thing sweeter than the romance in this movie are Jim Iyke and Chidi Mokeme's character's outfits.

7. END OF THE WICKED

I think the movie title says it all.

We like this movie because we relate to the short time Richard Mofe Damijo's (RMD) son left school and had fun partying in university. Everything else is pretty much scary and a lesson on avoiding peer pressure.

'Karashika' is one of the most popular horror movies in Nollywood. This film is included because the fashion choices of the prostitutes were exquisite. Also, Karashika is the queen of seduction. Minus the demonic part, it's pretty impressive.

We loved Regina Askia's character's fashion choices, but she was definitely crazy for using juju to put RMD's character in a bottle, in the name of love. She also turned into a dog at the end, that was pretty memorable.