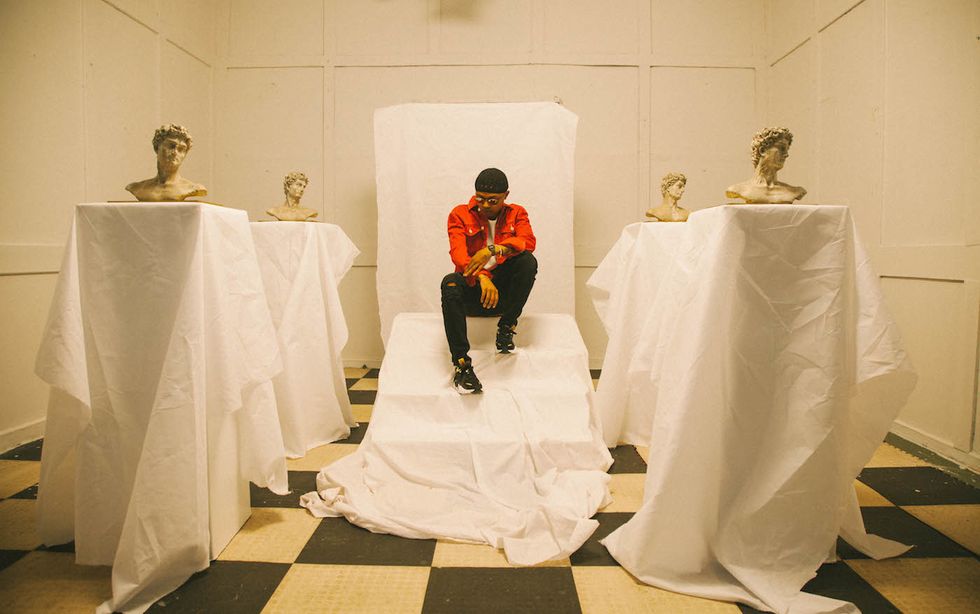 Looks like A-Reece and Flame clashed over a woman.

A-Reecedropped a new song this morning. Titled "Carele$$," the song features The Wrecking Crew Member Wordz. Well, rather what's left of the crew. The Pretoria-based collective recently shed a few members, one of them being Flame.

Fans have been speculating on what exactly happened to TWC, but nothing had been confirmed thus far. On "Carele$$," however, Reece lays it bare that the reason Flame left the crew was a woman.

"What more can I say?/ What you expect to hear when niggas ask me about Flame?/ What makes you think I wanted it to happen this way?/ I was there before the money, she would never say the same/ How could you stick around and let her have her own way?/ She even go as far as throwing dirt on my name/ How you let her come between us and the records that we made?/Shit is crazy, but I just figured you acting your age."

"Carele$$" is short, and only consists of one verse from Reece, and its sole purpose is to clear the air.

Read: The 10 Best Albums & EPs by The Wrecking Crew

The Wrecking Crew is one of the most prominent crews in South African hip-hop at the moment. In just a few years, they have put out more than 10 potent albums and EPs across its original members—A-Reece, Wordz, Ecco, B3nchMarQ, Flame, MashBeatz, 1000 Degreez, Tyga Bankz, Mellow and Ex Global.

According to the crew's Twitter bio, its members currently are A-Reece, Wordz, Ex Global, MashBeatZ, Tyga BankZ and 1000 Degreez. It's not clear if Ecco is still part of the crew—his name doesn't appear, but he's always been a member of 1000 Degreez.

Listen to the song below, and revisit A-Reece's latest project Reece Effect here.