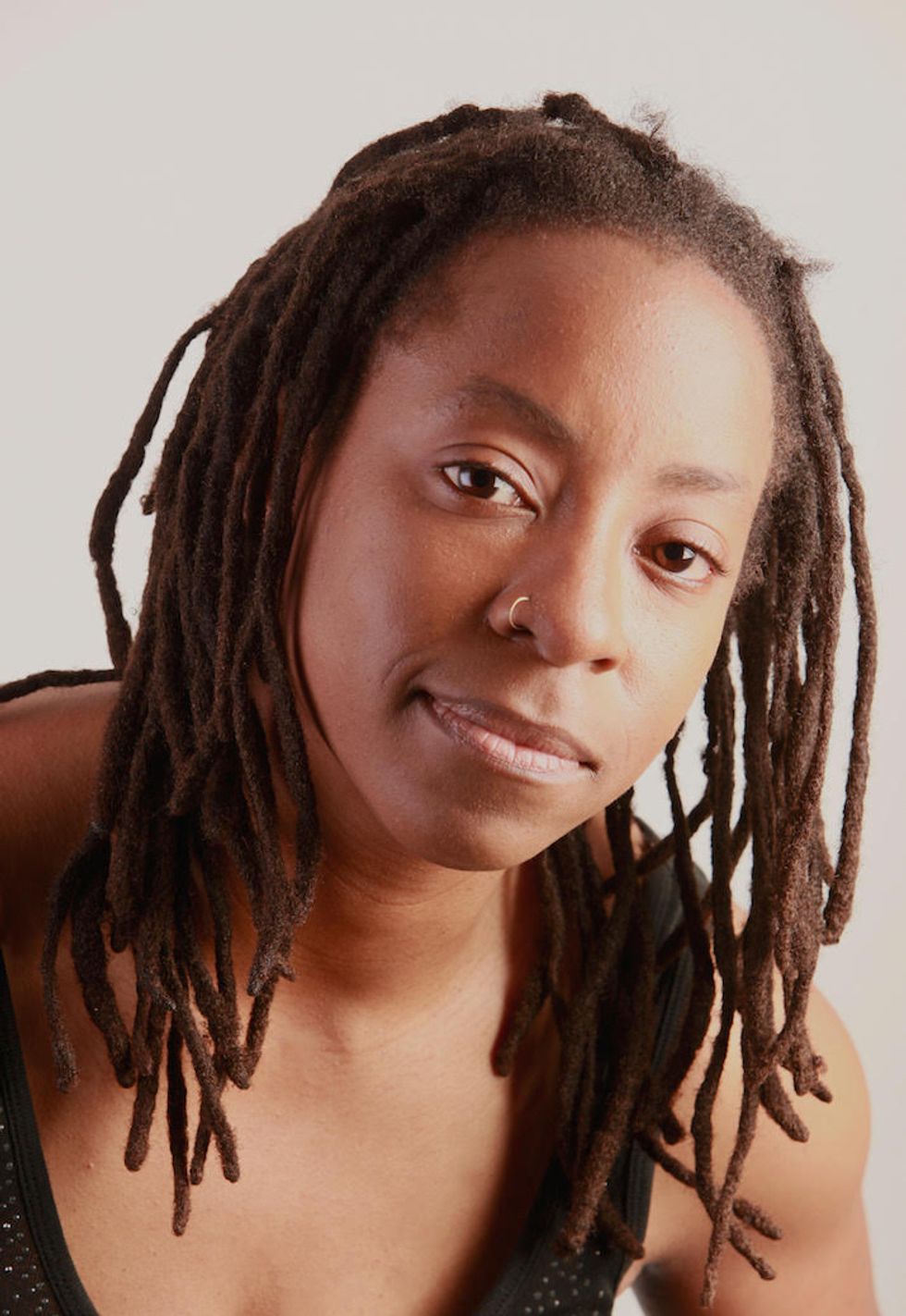 Visual artist and LGBT activist Adejoke Tugbiyele explores the notion of 'A Queer African Spirit' amid anti-gay legislation in Nigeria.

The work of Nigerian-American activist and visual artist Adejoke Tugbiyele spans several media, including film, sculpture and works on paper. Known primarily for the handcrafted figures she assembles from repurposed materials, Tugbiyele's art evokes themes of sexual identity and spirituality with respect to performative aspects of traditional Yoruba culture.

A Queer African Spirit is her newest work, inspired by the 2014 public flogging of Mubarak Ibrahim. Ibrahim, a 28-year old Muslim man from Northern Nigeria, was put on trial and convicted of sodomy just days after former president Goodluck Jonathan signed the Same Sex Marriage Prohibition Act into law. In addition to imposing prison sentences of up to 14 years for Nigerians who attempt to enter into a civil union, the measure criminalizes public displays of affection between same-sex couples and restricts the assembly of individuals in support of LGBT rights.

According to Tugbiyele, a heightened state of fear gripped Nigeria's queer community in the wake of the anti-gay law's enactment and Ibrahim's trial. These events took such a toll on the artist herself that her mental and physical health began to deteriorate. "I was in Nigeria at the time, and there was one tormenting story after the next showing up in various news publications," she told us over e-mail. "Not only did I become emotionally depressed, I started getting ill from high-anxiety, lack of sleep and loss of appetite for food. I couldn't help but wonder if this was how life was in Europe's Middle Ages when a religious fervor that demonized innocent people dominated intellectual thought among the masses."

Ibrahim's punishment, meted out with a leather whip dipped in oil, served as a reminder to queer Nigerians that their freedom meant nothing before the law. "It was clear that the political climate had changed practically overnight, based on news articles that emerged within days of the anti-gay law's passing," Tugbiyele says. "All of a sudden, homosexuality emerged as a primary conversation topic. It didn't matter if you were standing at a local bus stop or drinking palm wine at Freedom Park, Bogobiri or the Ikoyi Club. It was the new hot topic and tensions were high. My response was to make art, or rather quickly finish what I had already started."

With state-sanctioned homophobia and media sensationalism leading to "witch hunts" and indiscriminate raids on gay enclaves, Tugbiyele's work in Nigeria began to take on even more significance. Working on A Queer African Spirit soon turned into a meditative and intellectual process for the artist. She wove found objects in a way that projected the same traumatic feelings she had when she first heard Mubarak Ibrahim's story. These objects included a leather whip, a skull and horse hair, which is a common sight in Northern Nigeria.

"A Queer African Spirit evokes the death of one's soul - death by the whip," Tugbiyele says. "The judge who ordered the flogging after Nigeria's anti-gay bill became effective, said he was being 'lenient.' Although Mubarak is still alive, I can only imagine how broken his spirit had become by that punishment. By extension, all our spirits are negatively affected because when one man is oppressed, we are all oppressed."

"Indeed we live in the twenty-first century, and so reading the news and others like it underscored just how much work still needs to be done in Nigeria and much of Africa with regards to human rights," she says.

In order to do some of this work Tugbiyele has maintained strong ties with Nigeria's LGBTQI community since her return to the U.S. She is currently affiliated with The Initiative for Equal Rights, a Nigerian NGO which "takes a very hands-on approach to providing immediate emergency assistance for LGBT people, ranging from counseling to housing or bailing out innocent people who have been wrongly jailed."

She was also recently invited to contribute images of her sculpture “Past/Future" to the Guidebook to Gender and Sexuality in Nigeria. The publication is to be used as a resource for educating the Nigerian public and press on the roots of homosexuality in Africa, and serve as a guide on how best to report on LGBT issues. Previously, Tugbiyele served as the U.S. representative for Solidarity Alliance for Human Rights, a coalition of Nigerian LGBT-focused, human rights and HIV/AIDS organizations.

As an artist and and activist Tugbiyele uses her work to reflects the struggles of her times. She cites artists who feel a strong sense of responsibility to their communities as her biggest influences, listing renowned Ghanaian sculptor El Anatsui as an African artist who has reached great heights. Tugbiyele also says she finds inspiration in the work of artists like Fela Kuti, Ai Weiwei and Kara Walker, who have "made it their duty to hold a mirror up to society through their work, especially when the reflection is quite ugly and traumatic."

As a queer artist, Tugbiyele is also especially influenced by the work of openly gay African artists like Zanele Muholi and the late Rotimi Fani-Kayode, who she says "have broken down barriers by speaking their truth."

Moving forward, Tugbiyele hopes to continue creating work that addresses complexities around the African body and how it navigates institutional structures like family, religion and the state. "I am inspired to make work that improves the human condition at large, that addresses my cultural heritage and builds on the work of my ancestors and finally to imagine a future of equality for all regardless of race, gender, class or sexuality," she says.