'The Most Audacious Writer I Know:' the African Literary Community Reflects on Binyavanga Wainaina's Legacy 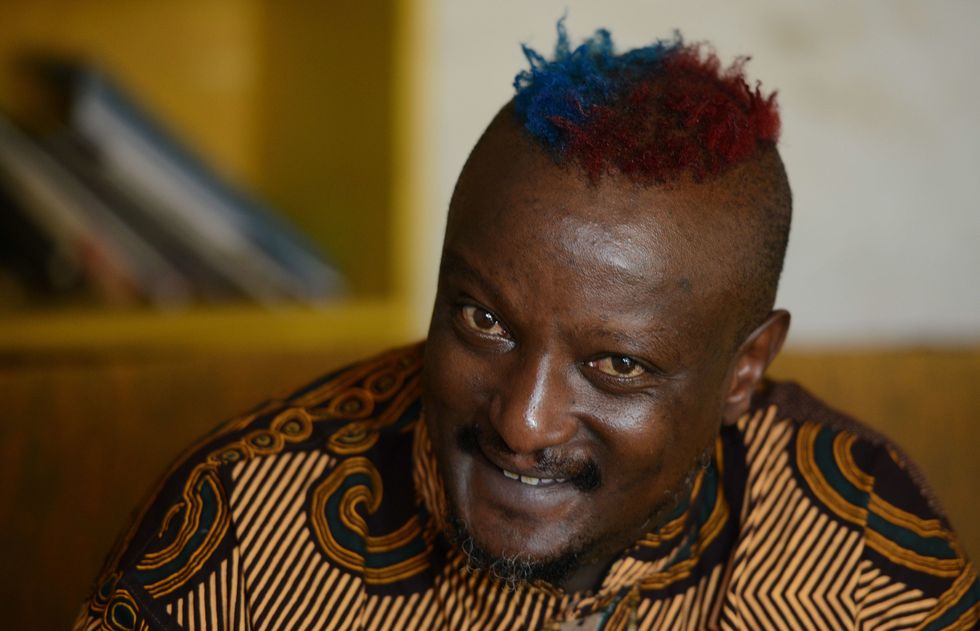 Kenyan author Binyavanga Wainaina smiles during an interview with the AFP on January 27, 2014, in Nairobi. (Photo: SIMON MAINA/AFP/Getty Images)

The Kenyan literary icon and LGBTQ activist is being celebrated and remembered for his "fearlessness."

Binyavanga Wainaina was one of the continent's boldest voices. As an openly gay Kenyan man and activist, he put himself on the line to challenge bigotry and anti-gay sentiments in his country. As an author, he denounced trite narratives about African life—often with great wit—and offered perspective and nuance instead.

His extensive works include the famous satirical essay How to Write About Africa and "I am Homosexual Mum," in which the author imagined coming out to his late mother. "Binyavanga has demystified and humanized homosexuality," Chimamanda Ngozi Adichie wrote of him in his 2014 Time 100 Most Influential People profile. The two sat down for a conversation back in 2011 at the Lannan Foundation, in which Adichie described Wainaina as "one of her best friends."

He earned a Caine Prize in 2002 for his short story "Discovering Home," and went on to create the literary magazine Kwani. His memoir, "One Day I Will Write About This Place" was published in 2012. His entire archive, from his earlier writings in various South African publications to some of his more recent and well-known works, are listed on the site planetbinya.com. The extensive works listed, illustrate the writer's invaluable contribution to the African literary community and his dedication to combatting the erasure of LGBTQ identity in Africa.

Since his passing on Wednesday morning, several African writers have reflected on his impact. He is being remebered as an LGBTQ icon, a passionate advocate for the community and a bold and "fearless" thinker.

"We have lost a great writer and person," wrote the celebrated Nigerian writer Nnedi Okorafor. "He was the most audacious writer I know. Kind, sweet, charismatic, honest, blunt and such a biting sense of humor. He always spoke his mind and I'm glad he did. His voice was so necessary."

"To me his most important legacy isn't even the writing per se. It's that he made room—he published us, invited us into the platforms, shouted down the walls of Jericho," wrote fellow Kenyan author, Nanjala Nayabola on Twitter.

She also had this to say about the one-of-a-kind author and activist:

For those of us who grew up with "the best Kenyan writers" (whatever that means) living in exile, jailed and persec… https://t.co/Qoxyg7QPpa
— Nanjala Nyabola (@Nanjala Nyabola) 1558507741.0

Several writers from across the continent have taken to social media to express their appreciation for his work, share personal experiences with him and reflect on his profound legacy. Read their reactions below.

I remember the early days, from SA to Kwani? open mic at Yaya. Audacity of possibilities. You started something sp… https://t.co/xo1WiFBOnJ
— Oyunga Pala (@Oyunga Pala) 1558507864.0

Thank you Binyavanga Wainana for the radical, critical and compassionate thinking that you brought to the world. He… https://t.co/2hnGVVqkWb
— Minna Salami (@Minna Salami) 1558514643.0

The amazing thing about @BinyavangaW was how he lived his life unapologetic, unafraid. And his stunning literary ta… https://t.co/EVPC7a6Cmn
— Arya MF Stark (@Arya MF Stark) 1558504838.0

Got to meet Binyavanga a few times in this lifetime. The first time was in London with @A_Gatsinzi after 'One Day… https://t.co/wAtkmIad9J
— Fungai Machirori (@Fungai Machirori) 1558510263.0