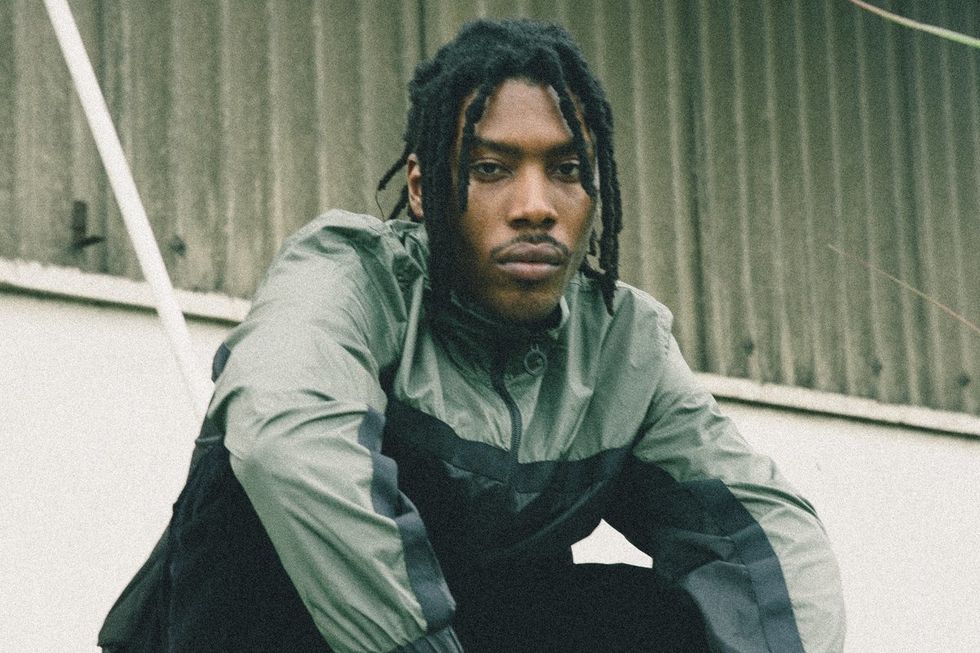 After captivating audiences with "Freaky" in August, Santiis back and he's lighting up the dance floor yet again with his newest single, Rapid Fire. Santi brings back early 2000's dancehall vibes with his swift delivery on this wavy Genio Bambino-produced beat. He also enlists fellow alté scenester Amaarae and South African emcee Shane Eagle to complete this endlessly-playable track.

Skepta has released the long-awaited music video for his single "Pure Water," his first official single of 2018 which he released back in May. The grime rapper teased the music video with an Instagram post of him in a tub surrounded by a group of fierce women back in June, and now the self-directed music video has arrived. In some of the more striking scenes, the rapper performs while surrounded by a group of sharply dressed women, who appear to be channeling the Fela Kuti Queens. Skepta himself dons Fela Kuti style face paint throughout the video as well.

Wizkid revealed that he was working on new music with the "Bad & Boujee" producer back in July. On the Swae Lee (of Rae Sremmurd) led song "Borrowed Love," Wizkid provides a memorable verse about halfway through, as the two sing about a sad breakup. "Only You" sees Wizkid taking the reigns, opening the song with a verse about to the girl. Migos rapper Offset joins in the second verse, and Colombian reggeaton singer J Balvin joins in later, delivering sultry lyrics sung in Spanish. They make for a pretty infectious trio.

Runtown and Nasty C come through with a new collaboration track that'll jump start your week. 'No Permission" sees the Nigerian artist and South African rapper trading rapid fire bars over an ominous, trap-inspired beat. It's a heavyweight-meets-heavyweight link up that's sure to get a lot of play in this last quarter of the year. The track comes accompanied with a pink-tinted new music video, directed by Director Teekay.

Mimi Mars is one of the buzzing names coming out of Tanzania's music scene, which the likes of her sister, Vanessa Mdee, and superstar Diamond Platnumz have helped establish as East Africa's musical powerhouse. The Dar es Salaam singer now comes through with "Kodoo," a highly-addictive new single that you'll surely have on repeat.

Nigerian-American singer Kesswa's "To Find" is an alluring blend of soulful vocals with ambient, drum and bass production work. The song's accompanying music video, directed by Kai Dowridge, was inspired by Oshun, goddess of strength, beauty and femininity. It's well worth a watch.

"To Find" is available now

Nigeria's DJ Spinalldropped his fourth studio album, Iyanu, just under two weeks ago. The 10-track record is packed with features from some of the biggest names in the game like Wizkid, Davido, Tekno, Burna Boy, and Kizz Daniel, as well as newcomers WurlD and Nonso Amadi. Spinall, who's already scored some big hits off Iyanu with "Nowo" and "Baba," is now sharing the latest music video from the album for "Omoge."

Bantuis a Lagos-based 13-piece band whose music straddles genres such as afrobeat, hip-hop, afrofunk, highlife and Yoruba music. The group's latest albumAgberos International—"Agbero" is Yoruba slang for public vehicle conductor—was released last year. We now get the new visual for "Ká Máa Dúpẹ́," one of the clear highlights from that record.

Rah Sosa rolls through on a trap-meets-electronic beat with his latest single "SMAT (Send Me A Text)," in which he talks about times with his girl and, as implied in the title, not being too fond of phone calls.