14 Cultural Events You Can't Miss this December in South Africa

South Africans will tell you that December is not just a month, it's an entire lifestyle. From beginning to end, it's about being immersed in a ton of activity with friends and family as well as any new folk you meet along the way. Whether you're looking to turn up to some good music or watch some provocative theater, our guide to just 14 cultural events happening in South Africa this December, has something for everyone. 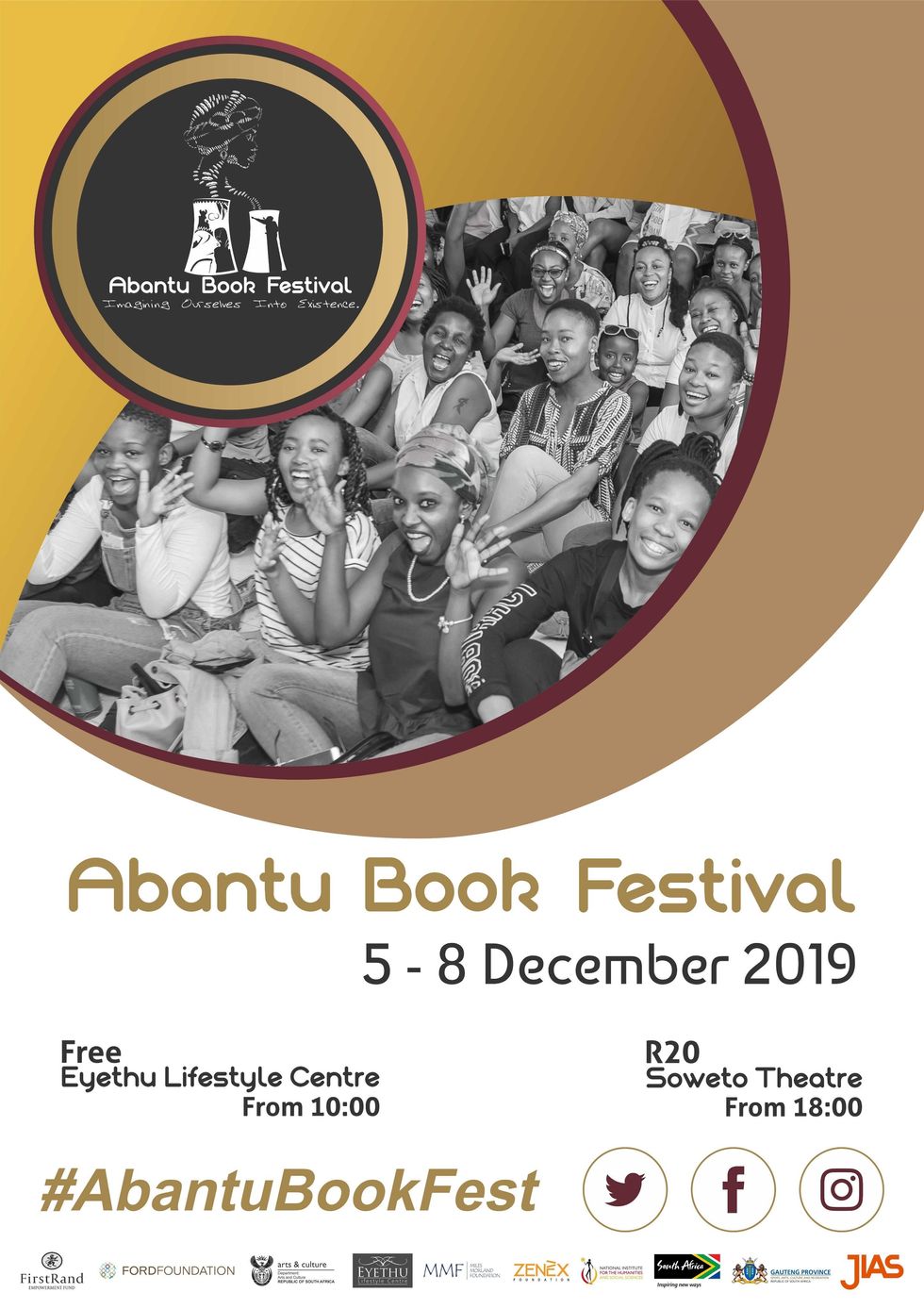 South Africa's biggest book festival for Black people is back this year and the lineup of writers is spectacular. From Zakes Mda and Mohale Mashigo to the likes of Chris Abani, Mona Eltahawy and others, it promises to be yet another genuinely engaging event for the Black literary community. Read more about the event here.

Currently ongoing and will run until the 8th of December 2019 at the Eyethu Lifestyle Center in Soweto, Johannesburg. Entry is R20. 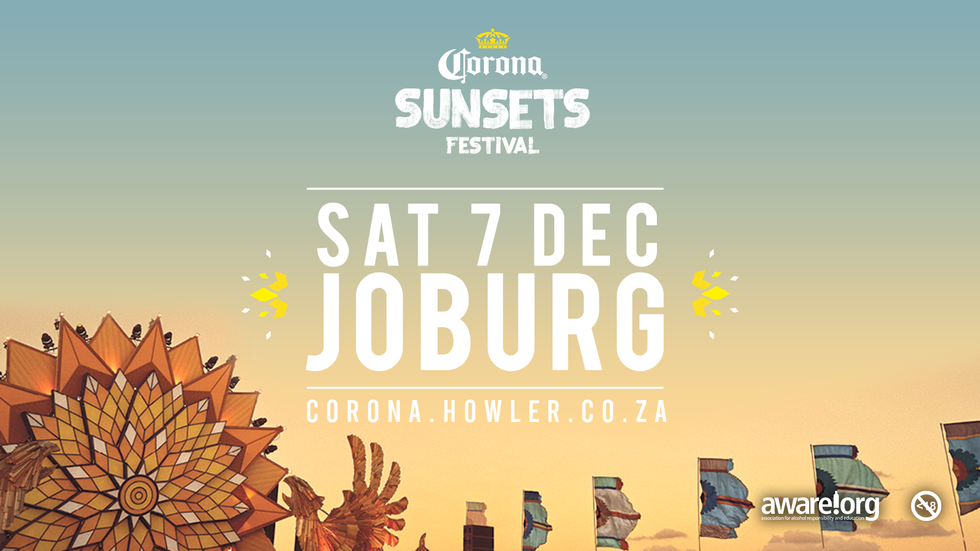 If you're looking for a good time and equally good vibes, then this one's for you. There will be a ton of talent performing at this music festival including Shimza, DJ Maphorisa, Kabza De Small, Prince Kaybee, Jazzi Disciples and several others.

Will take place on the 7th of December at the Ground in Muldersdrift, Johannesburg. Purchase tickets here. 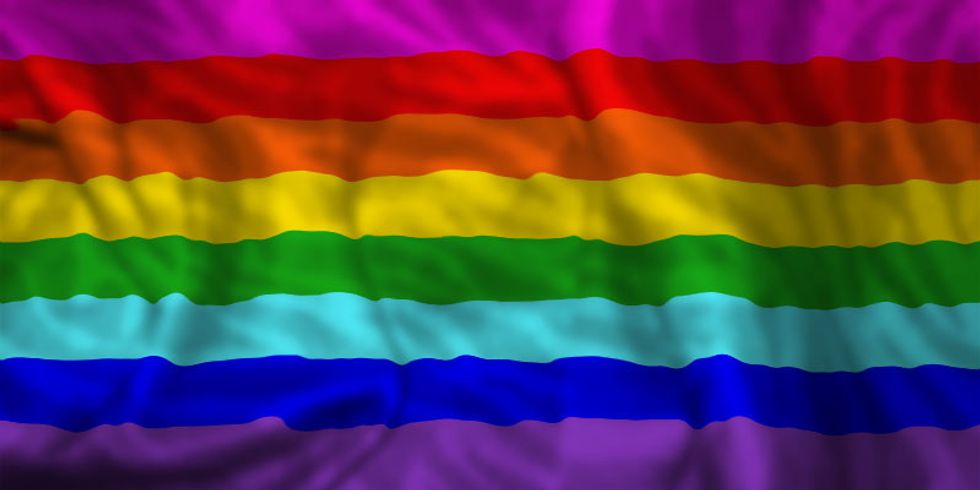 This annual event brings together members of the LGBT community and their allies to raise awareness around the issues facing the marginalized community. The march will begin at 11 A.M. and there will be an exhibition in honor of the late gay activist, Simon Nkoli, among other activities.

Will take place on the 7th of December at Mary Fitzgerald Square, Johannesburg.

This year has been a particularly difficult one for South African women as gender-based violence, rape and femicide have all been on a sharp rise. This event will feature artists such as Nelisiwe Xaba, Kwanele Finch, Joseph Komani among several others who will use art as part of a collective effort to raise awareness around the abuse of both women and children.

Currently ongoing and will run until the 10th of December at the South African State Theater, Pretoria. Most events are free although those with a cost can be paid for at the specific event.

The Lion King Live in Concert 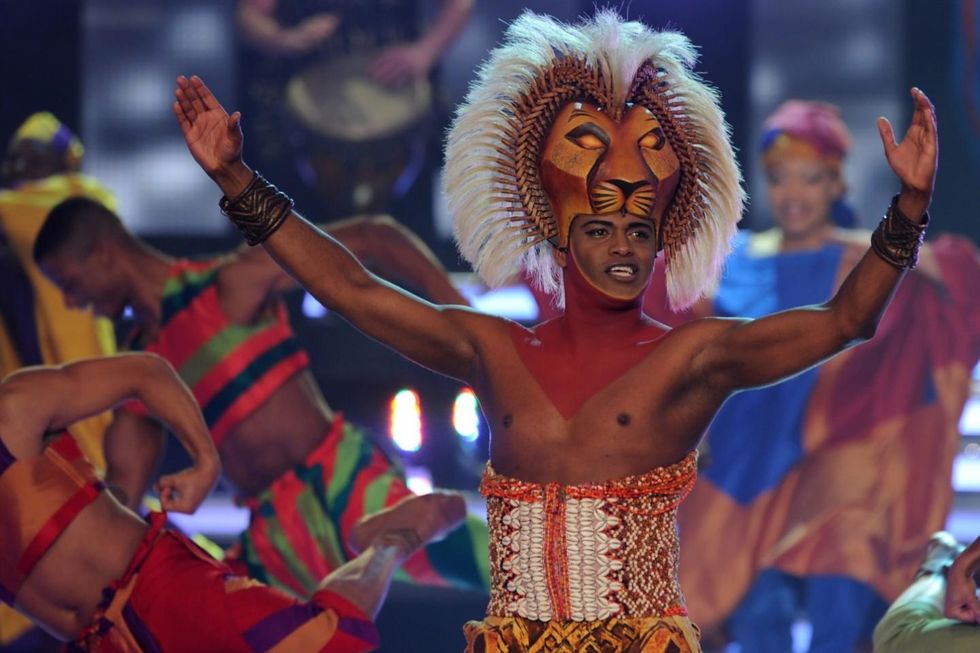 This year saw the innovative remake of the beloved Disney classic. If you're still looking to indulge in the nostalgia for just a little longer, then you're in luck. You can watch the live version of The Lion King on the stage at the Sun Arena.

Will take place from the 10th to the 12th of December at Sun Arena at Time Square Casino, Pretoria. Purchase tickets here. 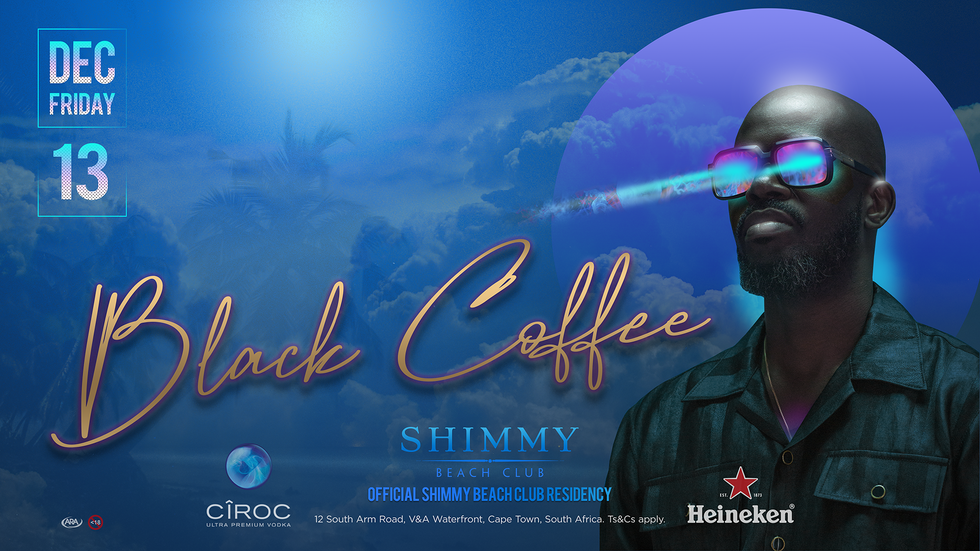 Join talented South African DJ Black Coffee as he carries out his summer residency at Shimmy Beach for the fourth time. With the internationally renowned "king of house music", the event promises to be an epic time of great music and equally great vibes.

Will take place from the 13th December to the 5th of January 2020 at Shimmy Beach Club, V&A Waterfront, Cape Town. Purchase tickets here.

Prepare to have the time of your life at this epic music festival. This time around the event will be hosted in both Johannesburg and Durban and will feature local talent including AKA, Jazzi Disciples, Moonchild Sanelly, Black Coffee and more. 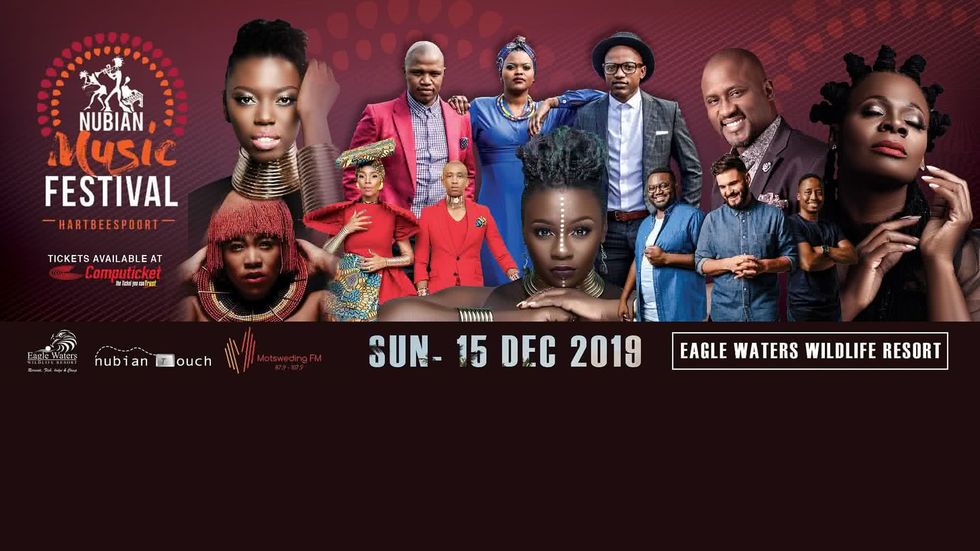 This music festival boasts a spectacular lineup of Black South African talent including Amanda Black, Ringo Madlingozi, Thandiswa Mazwai, Lira, Mafikizolo, The Soil and so many more. All we can say is that you can't afford to miss this one!

If you thought it's just strictly hip-hop and house music, think again. For all the maskandi fans out there, this one is definitely for you and will feature the likes of Thokozani Langa, Khuzani Mpungose, Igcokama Elisha and several others.

Will take place on the 21st of December of December at the Multipurpose Open Space Ulundi, Zululand. Purchase tickets here.

What's a festive season without some jazz? If you're looking for some soul-soothing music and mellow vibes then the Ekurhuleni Jazz Festival is where you need to be this December. Enjoy performances by both pioneering and contemporary jazz artists.

Will take place on the 21st of December of December at the Big Top Arena, Carnival City, Johannesburg. Purchase tickets here.

The Lion and the Lamb Musical 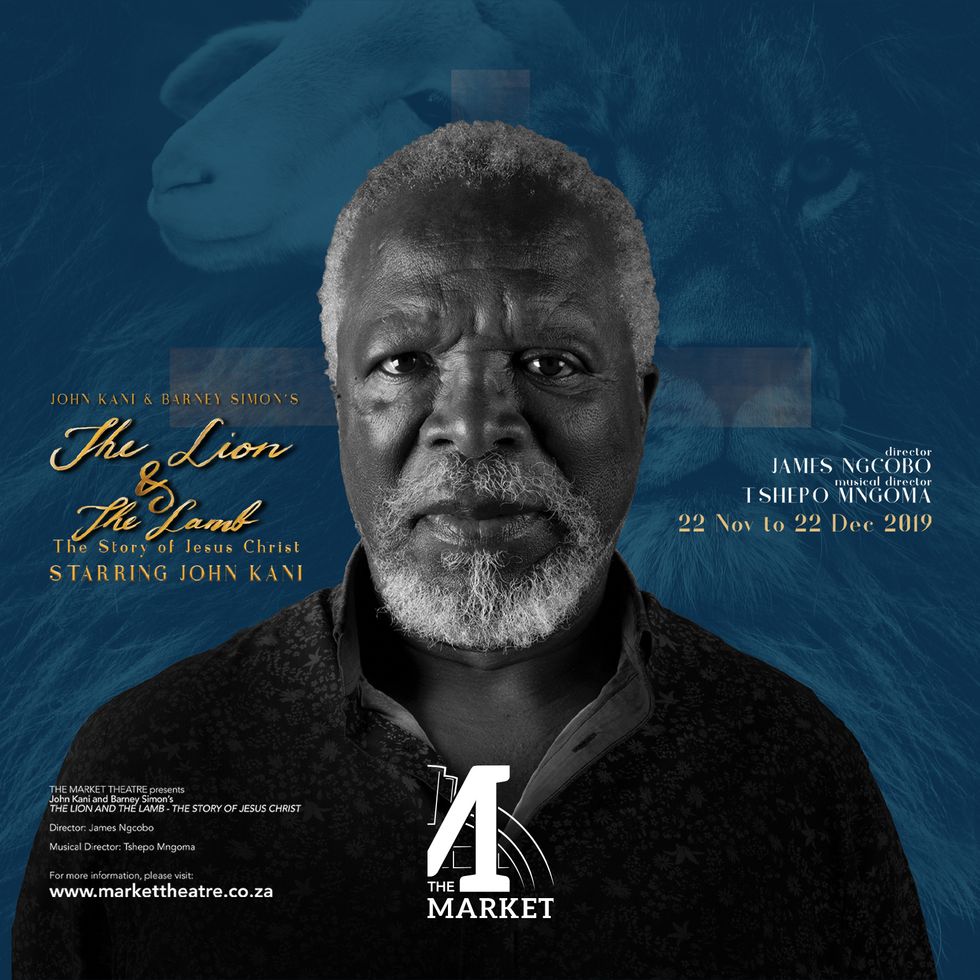 The incomparable Dr John Kani takes to the stage in this Christmas special. After a decade since this musical play was originally created by Kani and Barney Simon, Kani reprises his lead role for a performance that vibrantly portrays the life of Jesus.

Will take place on the 22nd of December at the Market Theater, Johannesburg. Purchase tickets here.

DJ Shimza is back with the 11th edition of his grossly popular music show. The musical event promises to be nothing short of phenomenal as the seasoned musician brings his A-game.

Will take place on the 25th of December at Mehlareng Stadium, Johannesburg. Purchase tickets here.

It's been a spectacular year for Lady Zamar on the music front following the release of her sophomore album Monarch. Now the house/dance singer-songwriter plans to end of the year by bringing the Christmas spirit to her fans.

Will take place on the 25th of December at Sebesong Lifestyle 0411, Johannesburg. Purchase tickets here. 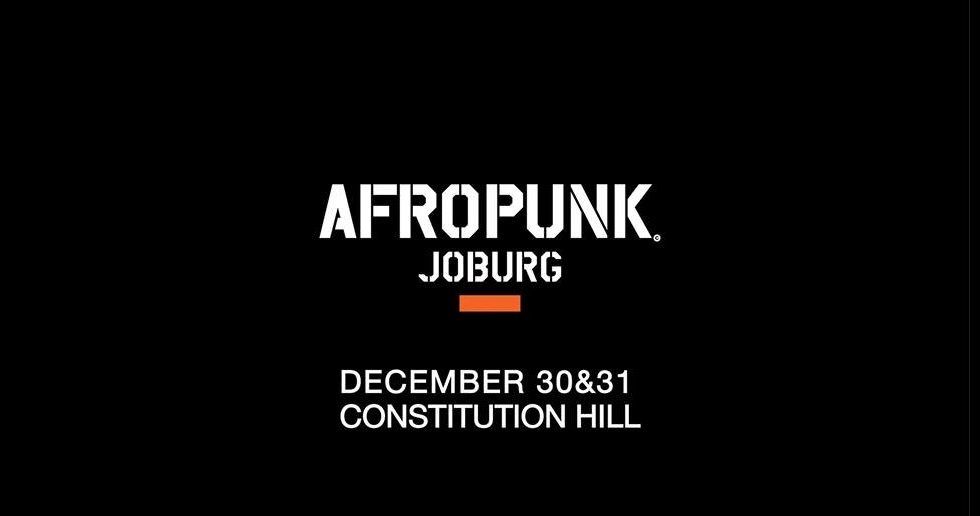 This year's edition of Afropunk promises to be even better than last year's. Solange, Miguel, Masego, Goldlink, Blinky Bill, Sho Madjozi, Burna Boy and several other local and international music heavyweights are set to perform at the music festival. It's the perfect way to usher in the new year if you ask us. Read more about the event here.

Will take place on the 30th to 31st of December at Constitutional Hill, Johannesburg. Purchase tickets here.