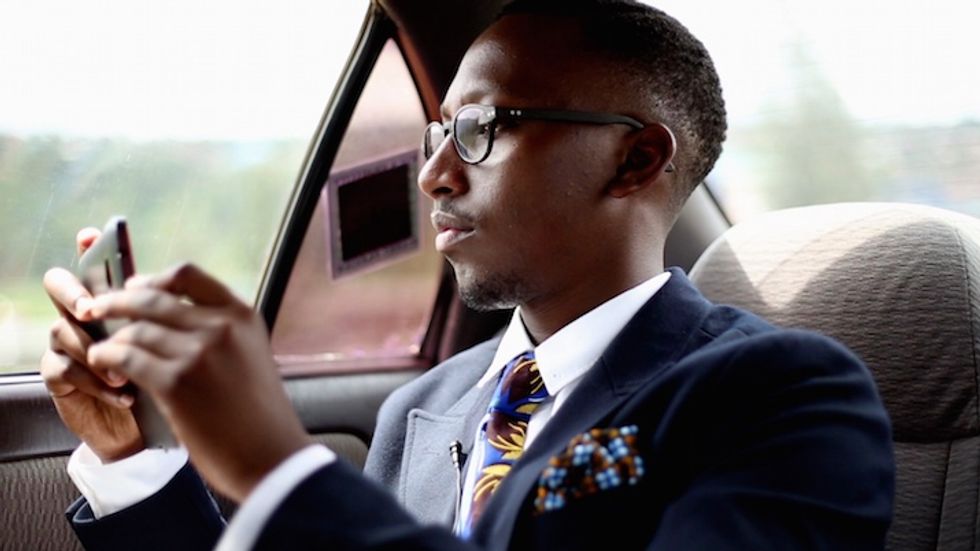 All images via The Africa Channel

House Of Tayo: Journey Of A Rwandan Designer is a forthcoming reality web series presented by The Africa Channel that offers a behind-the-scenes look into the daily routine of rising fashion designer and entrepreneur Matthew Rugamba. Viewers will be introduced to Rugamba and his bespoke menswear label, House Of Tayo, over the course of thirteen episodes as he scouts the streets of Kigali in search of fabric and inspiration for his new line of accessories.

The most recent collection from Rugamba's label features a vibrant range of skinny neckties and bowties the twenty-five year old designer says are equally inspired by the Motown era, traditional British tailoring and the dapper style of Congolese independence leader Patrice Lumumba. "In my studies I read about Pan-Africanism,” Rugamba said in a recent interview.  “And I read about Patrice Lumumba, and [he] always wore bow ties. I’ve always liked bow ties. I just felt they are a symbol of dignity. You think about important dinners, black tie affairs, professors. It’s a small piece of clothing, but there is a lot attached to it."

House of Tayo is set to premiere July 31st on The Africa Channel website with new episodes every Friday and Sunday. Watch a short preview trailer for the forthcoming series below. Keep up with the House Of Tayo  on Facebook, Instagram, and Tumblr.