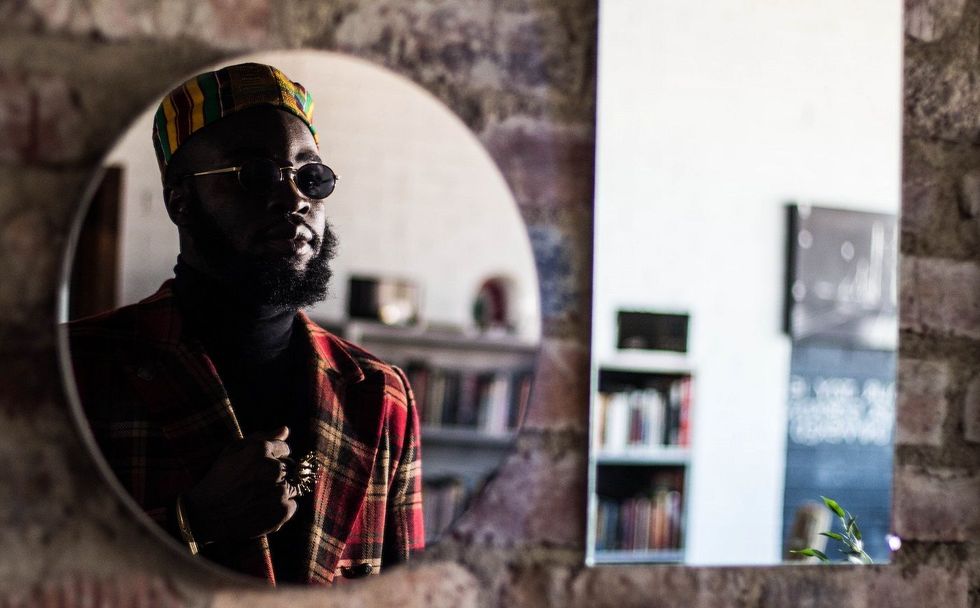 From the airwaves in Accra and to the streets of Lagos, these are the best Nigerian and Ghanaian hip-hop tracks of 2017 (so far).

We are only halfway through the year, and the continent is jamming to some of the best hip-hop tunes from West Africa, especially Ghana and Nigeria.

From the airwaves in Accra and to the streets of Lagos, hip-hop artists like Wanlov The Kubolor, M.anifest, Vector, Phyno, among others, are releasing some noteworthy, witty and politically-conscious songs.

We know that afrobeats is the main sound blasting out of West Africa these days, but you can't—and shouldn't ever—overlook the incredible hip-hop being released these days in the region.

Here’s a list of the 10 Best Nigerian and Ghanaian Hip-Hop Songs so far.

Off Wanlov’s Orange Card: Fruitopian Raps album, “Trotro Blues” is one of the tunes enjoying praises in Ghana right now. Over boom-bap production, the rapper narrates the daily occurrences in using commercial public transport in Ghana. Wanlov’s message is relatable to any African who commutes with a commercial vehicles. In his customary action to promote emerging artists, Wanlov features Otuntu, who rides the beat in a usual FOKN Bois style.

The remix to Nigerian Saeon Moruda’s hit “Aii” has left Nigerians talking about something other than the (majority) of afrobeats songs in the country. The song is a hybrid of trap and afro-beats, apart from its danceable nature, it’s filled with metaphors, double entendres and puns that make references to historical events and the socio-political situation in Nigeria.

For example, Vector makes reference to, how at some point, Nigerians will have to fight for their rights like artist and activist Ken Saro-Wiwa did for the people of Ogoni: “If the metaphor gotta be metaphorical enough/ gotta make the reason historical enough for some Ken Saro-Wiwa/ I am Ken with the pen, Saro-Wiwa.” The song is a factual illustration of Nigeria, describing the times, with hopes that “We gon be aii.”

Ghanaian “God MC” M.anifest shows his lyrical prowess amidst subliminal messages on this tropical tune characterized by synths and thumping baselines. “100%” has a traditional jama rhythm that makes the song danceable.

Some of the shade he throws is believed to be directed at fellow Ghanaian rapper Sarkodie, after the two went at each other for some time. M Dot features one of Ghana’s fastest emerging artists, rapper and producer Worlasi, on the track. The chorus is easy to sing along to, which is one reasons the song is still one of the biggest in the continent.

Emerging Ghanaian rapper Akan continues his proverbial agility in storytelling over this moody, grime-influenced beat. “Helebaba” is Akan’s way of proving his exceptionality to the game. Industry greats like Hammer, Wanlov, Jayso and Sarkodie have all acknowledged his astounding talent. This song is supported by a colourful video, shot and directed filmmaker Ghalileo. Akan, who raps in Twi (a language largely spoken by the Asantes), is undoubtedly one of the best wordplay artists and storytellers in Ghana.

Igbo rapper Phyno is getting a lot of hype for this song in Nigeria. He brought out Nigeria’s rap heavyweight M.I and dancehall artist Burna Boy on this hybrid of trap, afro-pop and hip-hop. The song sees M.I rapping faster than he usually does, the rapper makes the Igbo language so soluble on the beat, and Burna Boy’s husky voice adds a dancehall flavor.

BET Award-winner, and one of Africa’s best rappers of the last decade, Sarkodie, took most of the attention of the hip-hop fraternity with “Trumpet.” The rapper takes a backseat on this song to pave a way for six of the most talented new school rappers–and they don’t disappoint.

TeePhlow, Medikal, Strongman, Koo Ntakra, Donzy and Pappy Kojo showcase their unique styles and blow their “trumpet” with wordplay, metaphors and personality. The West Coast-esque, hard-hitting bass lines bring out the monster in all of them as they talk, mostly, about why each one of them is the best in the industry. This song has started an ongoing conversation about who is the best new rapper on the hip-hop scene right now.

Louisville “Based On Logistics” (ft. Blazzy)

Nigerian rapper Louisville .O Ataino Snr (aka 9ja Fifty) creatively uses “based on logistics,” the catchiest phrase in Nigeria right now to tell the story of the people of Warri in the Delta State of Nigeria. The on-and-off rapper, who’s called Fifty because of his resemblance of American rapper 50 Cent, talks about the positive energy emanating from Warri over the “In Da Club” instrumental.

Above the lack of originality in terms of instrumentation, the rapper tells a good story about the perseverance of the people of Warri. The title, “Based on Logistics,” makes the song very popular. It’s a phrase made up by Big Brother Nigeria winner Efe, who's from Warri.

Worlasi is by far the most popular emerging rapper, singer and producer in Ghana right now. “Black Man” is one of the most thought-provoking songs on his Nusɛ album.

Now a household name on the Ghanaian hip-hop scene, Worlasi brings a rare method of production to his records. His production is characterized by traditional rhythms merged with electronic synths. “Black Man” is a portion of the story the rapper tells on the album. On this song, he wonders why black people don’t believe in themselves. He goes ahead to tell the “Black Man” to “Shun dey doubt, and believe instead.”

“Poof Gang” is a straight-up street anthem. The song is an appreciation young people's hustle. In it, Medikal, one of Africa’s hardest rappers, spits venom over a thumping bass line and a hardcore West Coast-style beat. The song got a lot of praises because of its 90s influence. Ironically, the rapper added more Ghanaian fans to his “Poof Gang” after he was ignored for the Artist of the Year Award at the Ghana Music Awards.

Wild rappers have their emotional side, too, and this is what Nigerian rapper Vector shows on his song “Adurah,” a tender, sincere and percussive song off his album, Lafiaji, released late last year in which Vector sings and raps over a highlife beat. Vector complements the song with a beautiful video directed by GINI. At a time when most artists in Nigeria are taking the afrobeats route, Vector chooses to experiment with a highlife rhythm, and, on “Adurah” he easily created a classic.

Nana Osei is an freelance art & culture writer based in Accra, Ghana. He's also an emerging curator with an interest in the historical narrative of highlife music.