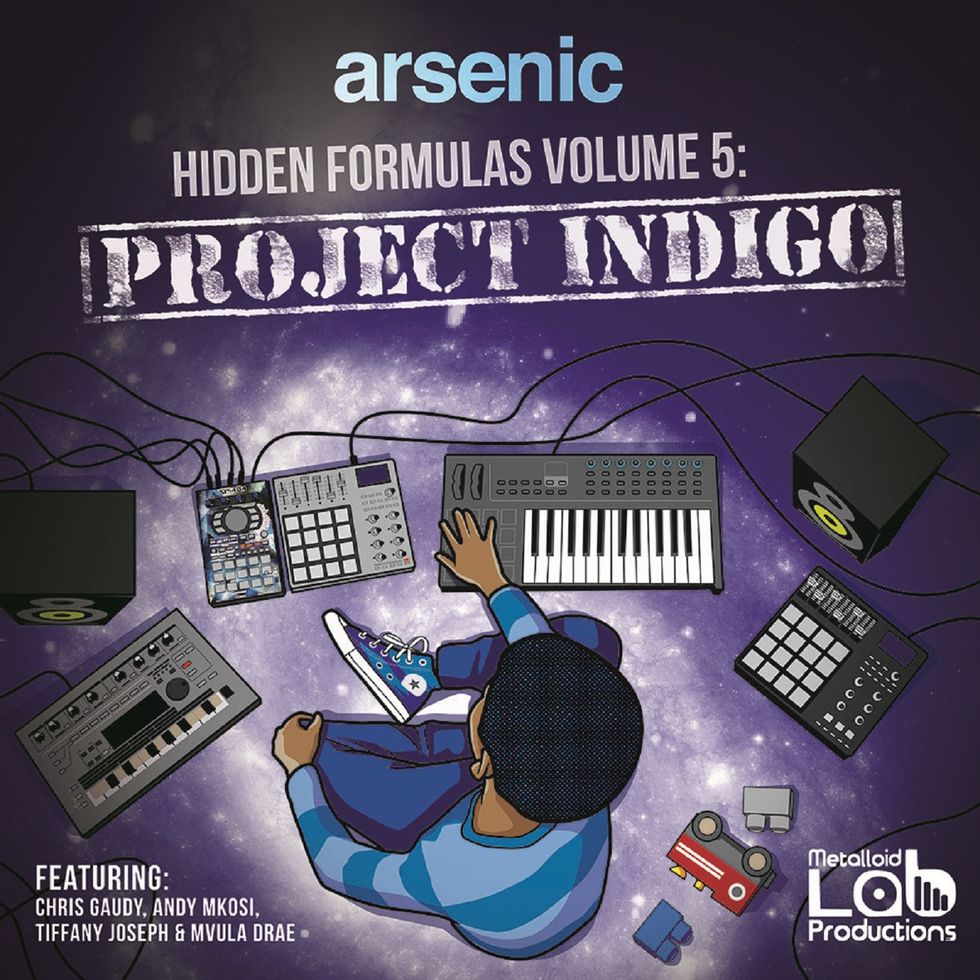 Sadly it's only 15 minutes long. Just as you are gearing for more heat, it's done. Hidden Formulas 5: Project Indigo, the latest in the series of mixtapes by Cape Town veteran producer Arsenic, packs some serious heat.

It's too focused in theme to be an EP and plays rather as a short album with skits containing explainers of the concept of indigo children. The producer is astonished by the ways of the indigo subculture.

"The indigo project name came because I started exploring the concept of indigo children a few years ago. They are children sent to earth to alter and heighten the vibrational frequency of our planet and expand our consciousness. All of the artists I work with display that ability."

First off displaying that ability is the rapper Chris Gaudy and the singer Soul Sista Tilo on the EP's first song "Indigo." With an unmatched conviction, Gaudy speaks on the concept of protecting your unorthodox dreams in a world that favors clones.

The rapper Andy Mkosi viciously raps about the contradictions of "the city of Apartheid," i.e. Cape Town, on the remix to her 2013 song "Words." She explores the complexities of the city—class and race—in a near-perfect 16 bar verse. YoungstaCPT, who appears on the second verse, finishes what Andy started with another one of his show-stealing guest verses.

To relieve your ear of the heat provided by the first two songs, the vocalist Tiffany Joseph appeases you with smooth vocals over mild piano keys.

Mvula Drae closes this grand gathering of some of CPT's finest with "Hidden Formula." The young lyricist exhibits his 90s-inspired flows over a falsetto trumpet loop.

Hidden Formulas 5: Project Indigo will thoroughly entertain boom-bap heads and fans of lyrics. It plays out as an album by a group of artists who are comfortable with picking their own lane and sticking to it.

Listen to Hidden Formulas 5: Project Indigo below or download it here.