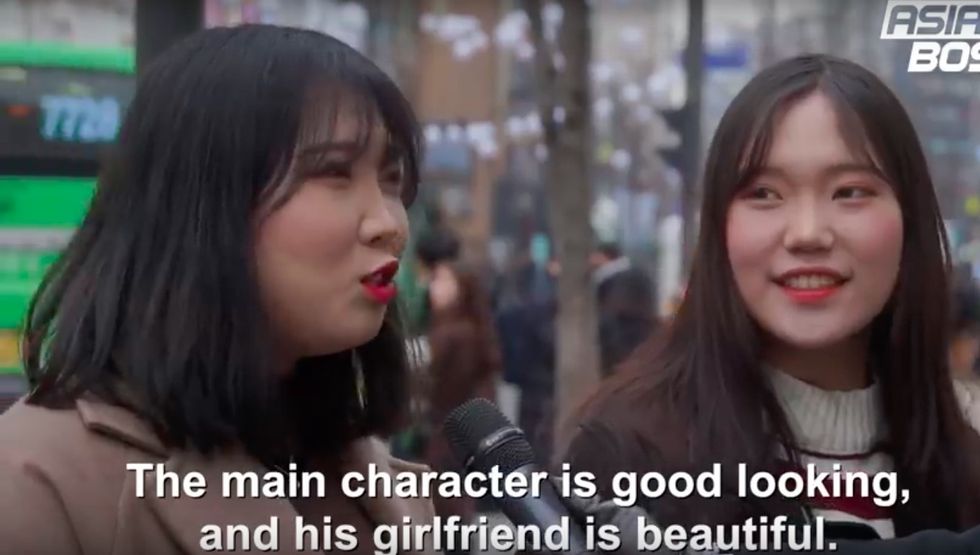 A new video from 'Asian Boss' shows what young South Koreans thought of 'Black Panther,' and it's incredibly eye-opening.

Black Panther mania has touched places as far and wide as South Korea, where the film remains number one at the box office and is its highest-grossing market outside of the US. Members of the cast visited South Korea last month as part of their worldwide press run.

A new video from media outlet Asian Boss, highlights reactions to Black Panther from young South Koreans, and there's a lot to unpack in the 12-minute video.

The video gets particularly interesting when the host asks what South Korean viewers thought of the film's all-black cast, and its role in helping challenge negative perceptions about black people in the country. Their answers highlight why Black Panther is more than just another superhero film—It's singlehandedly changing how people think about race and black identity globally.

Responses ranged from lighthearted responses about how good-looking the cast is, to more critical answers about discrimination and Western storytelling—all thought-provoking nonetheless. They answer questions about the film's cast, whether or not the movie lived up to expectations, its role in challenging anti-blackness, and they even comment on Lupita Nyong'o's Korean—which according to them, is surprisingly better than the actual Korean character in the film.

"Before, the average Korean's perception of black people was not very good, because we learned from our history books that they were slaves," said one interviewees. "Now we perceive them as cool and hip, you know, very free-spirited and expressive, which is great."

"There are lots of movies that portray black as evil," said another. "But I think that through this movie, the perception of black people will improve."

The video helps open up a much-needed conversation about representation, diversity, inclusion, the prevalence of Eurocentric beauty standards and more. After seeing their first non-white superhero, many expressed hope in the possibility of one day seeing themselves reflected on the big screen through a Korean superhero.

Check out the video below.