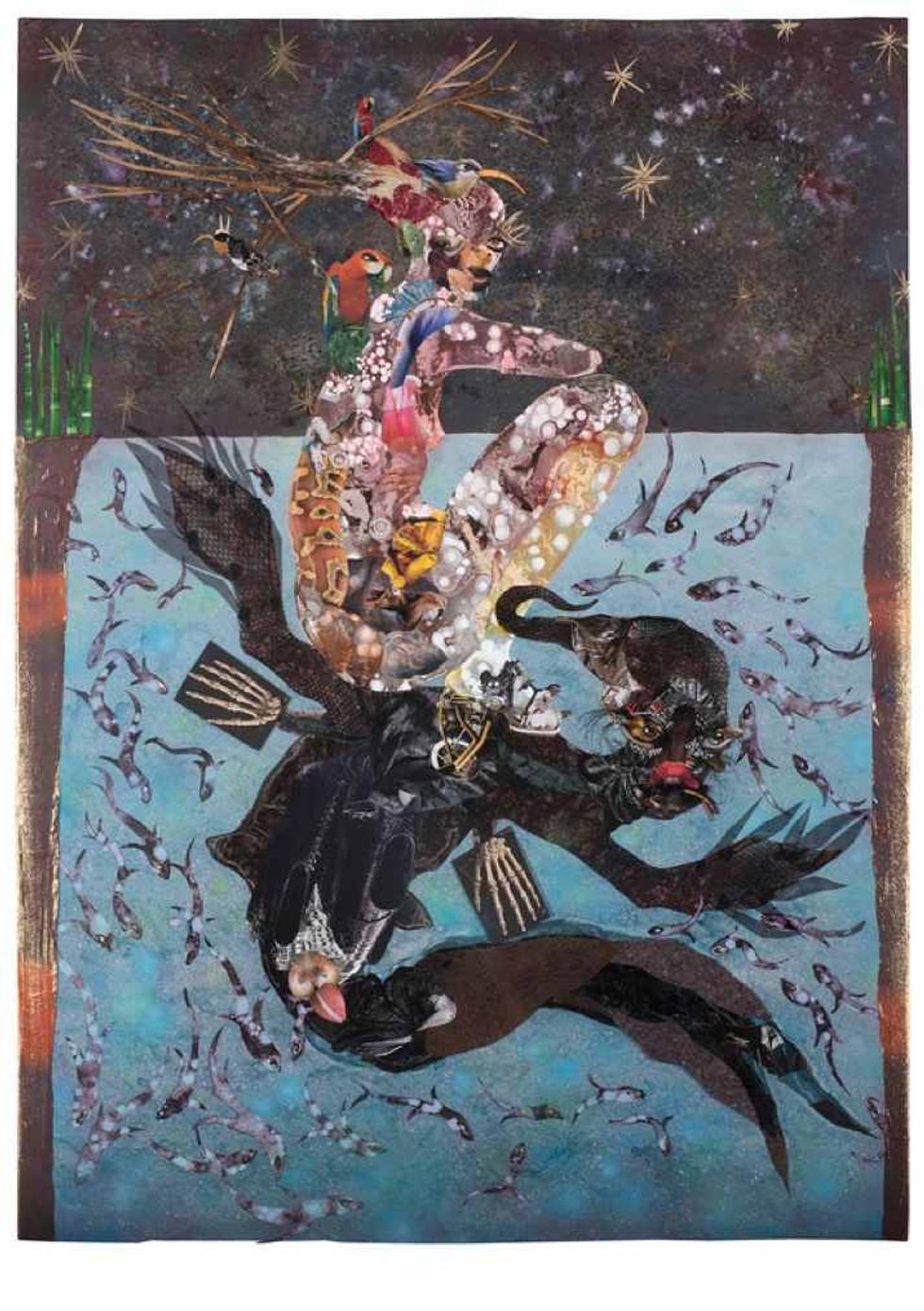 Last February Kenyan visual artist Wangechi Mutu gave Okayafrica a behind-the-scenes tour of her first solo museum exhibition in the US. Mutu returned this week with a new exhibit at the Victoria Miro Gallery in London (October 14th-December 19th). Nguva na Nyoka, which means "Sirens and Serpents" in Kiswahili, draws influence from a range of cultures and mythology, like East African coastal myths, specifically the nguvas (water women). In an interview conducted by Teju Cole for The Guardian, Mutu explains her interest in Nguvas and other coastal myths. “I am fascinated by these ocean-grown folks," she says. "On the coast, there’s all this cross-pollination of ideas. Someone thinks they saw something. One person’s madness is reiterated by another, and a story is born. The rumour becomes a substitute for news.”

Nguva na Nyoka, similar to Mutu's previous work, is influenced by cultural views of the female body and femininity, race, gender, and western pop culture. When we caught up with Mutu in February she described her interest and focus on the feminine. "Because I went to Catholic school I happen to have a deep love of a certain kind [of] imagery," she told us. "In some ways a lot of my singular female images are always a dedication to reworking that ultimately unfathomably impossible ideal of the Madonna."

Along with featuring Mutu's latest collage, sculptural and video work, the new exhibit also includes Nguva, a video which the Victoria Miro describes as "a multi-tiered performance featuring the mesmeric eponymous role: a mysterious acquatic character who emerges from the sea onto land and wanders, restless, vicious and curious." See a preview of Mutu's mystical art in the gallery above. Nguva na Nyoka is on display at Victoria Miro in London October 14th-December 19th. Watch Mutu's Guide To A Fantastic Journey At The Brooklyn Museum via Okayafrica TV below.