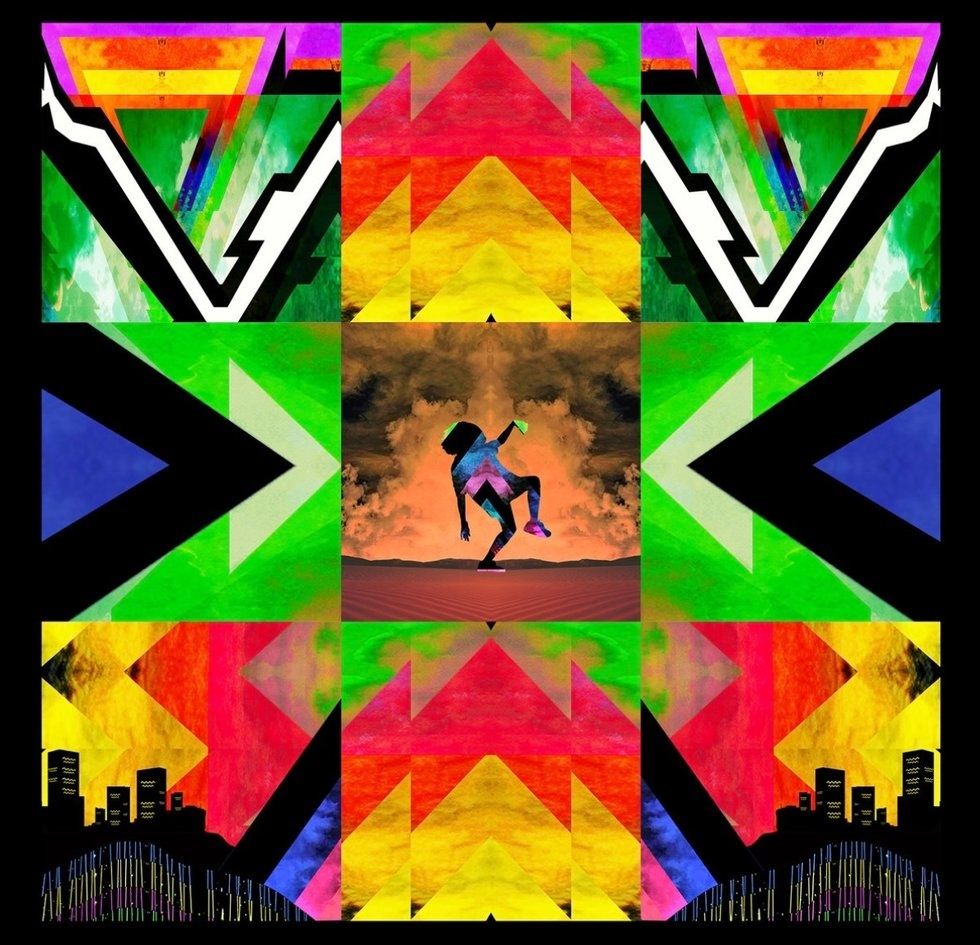 Yemi Alade is back, with a new track just in time for the summer. The Nigerian singer has released her latest song "Bounce," a bubbly tune, tailor made for the dance floor. "Shake body. Bounce," she urges listeners throughout the Edgarboi-produced track. The repetitive lyrics—which see the artist flexing her range and unique flow—and upbeat production make it easy to hit some of our favorite moves to. In May, the artist teased the release of her forthcoming album Woman of Steel, which will be her fourth studio album to date.

GoldLinkis back with his brand new album, Diaspora. True to its name, the 14-track Diaspora sees the DMV rapper connecting with the likes of Wizkid, hitmaker Maleek Berryand British-Ghanaian producer Juls, as well as Pusha T, Tyler the Creator, Khalid, WSTRN and more. The record was first announced with lead single "Zulu Screams," an addictive track that features Maleek Berry on the chorus and Bibi Bourelly on additional vocals. Both GoldLink and Berry appeared on The Tonight Show with Jimmy Fallon last night to perform the track.

Listen to the album here

Sampa The Great is back with her first single of the year, the hard-hitting "Final Form." On "Final Form" the artist rhymes fiercely over grand production, offering soulful '70s funk vibes and a message of black power. The vibrant music video was shot in Zambia and Botswana, where Sampa was born and raised, respectively. The striking visual features dancers performing on the street and in the market and tons of colorful ambiance. Sampa serves up a number of bold looks as she performs the song in multiple settings throughout the two countries.

Africa Expressare coming back soon with a brand new studio album,EGOLI. The 18-track album from the music collective, which was co-founded by Damon Albarn, will concentrate on the sounds of South Africa and was recorded in just a week of collaborations in Johannesburg. Featured include buzzing South African names like Moonchild Sanelly, Sho Madjozi, BCUC, BLK JKS, FAKA, Mahotella Queens, Muzi, Morena Leraba, Nonku Phiri, Radio 123, and Sibot. It will also include a posthumous track with DJ Spoko. Other notable artists include Damon Albarn, Nick Zinner of the Yeah Yeah Yeahs, Gruff Rhys, Ghetts, Blue May, Georgia, Poté and many more.

Kid Tini, one of South Africa's most talented young lyricists, ropes in veterans Styles P and Stogie T for a bar fest on his latest single "Get Money." Produced by Kreazo (who's produced for the likes of Emtee andSjava), the song sees the three lyricists each sharing a solid verse exploring the concept of getting money. Styles P mentions his mother is from Durban, and that he gets money like it's urgent. The New York hip-hop legend was recently in the country on a personal visit, that's highly likely when the collaboration happened. For Kid Tini to go bar for bar with these veterans is great to behold, but it's not surprising.

Last month, Ghanaian producer Juls teamed up with Nigerian alté star Santi and Tanzanian musician Tiggs Da Author for the sultry love song "Maayaa." Now the artist has shared the music video for the standout track. "Maayaa" is dedicated to every bold black woman [who is] never embarrassed or ashamed to boast about their success and achievements, confident in their own skin and never scared to speak their mind," said Juls about the track upon its release.

Olamide is back with the video for his latest single "Oil & Gas." On the song, the Nigerian rapper asks some of the country's billionaire's to share in their immense wealth, so others can help them spend it—they'll never be able to spend it all by themselves after all. He name drops some of the country's richest men like Tony Elumelu and Femi Otedola on the Pheelz-produced. With its rapid beat, the song is an easy one to hit the zanku to.

Walshy Fire has been on a roll, giving us a glimpse of what we can expect from his new album Abengwith "No Negative Vibes" and "Round of Applause." Now, the Jamaican-born DJ enlists Mr Eazi and Kranium for another cross-cultural collab with his latest single, "Call Me." The music video, directed by Jocelyn Cooper, has also dropped and is a colorful affair—nodding to both the Ghanaian and Rastafarian flags with the monochrome scenes of yellow, green and red.

Timz has finally dropped the music video for his latest single "Check and Balance". On the song, Nigerian singer Timz gives us a romantic but upbeat melody that we can groove and get down to. The video opens against the backdrop of colorful umbrellas and flags overhead, bright walls and greenery. Surrounded by beautiful Black women, Timz attempts to win the heart of his love interest. One definitely gets strong island vibes from this stunning visual.

Sidney Onoriode Esiri or Dr Sid as he's popularly known, has finally dropped the music video for his first release of the year—"Good Time". Mavin Records' Dr Sid brings the heat in this upbeat and energetic visual. The music video opens with shots of the ocean and then pans out with aerial shots of palm trees, giving us relaxed beach vibes. In the music video, the prolific Nigerian artist sings about how he just wants to have a good time with his friends and of course, the vibrant scenes of a house party (both outdoors and indoors) only serve to drive that point home.