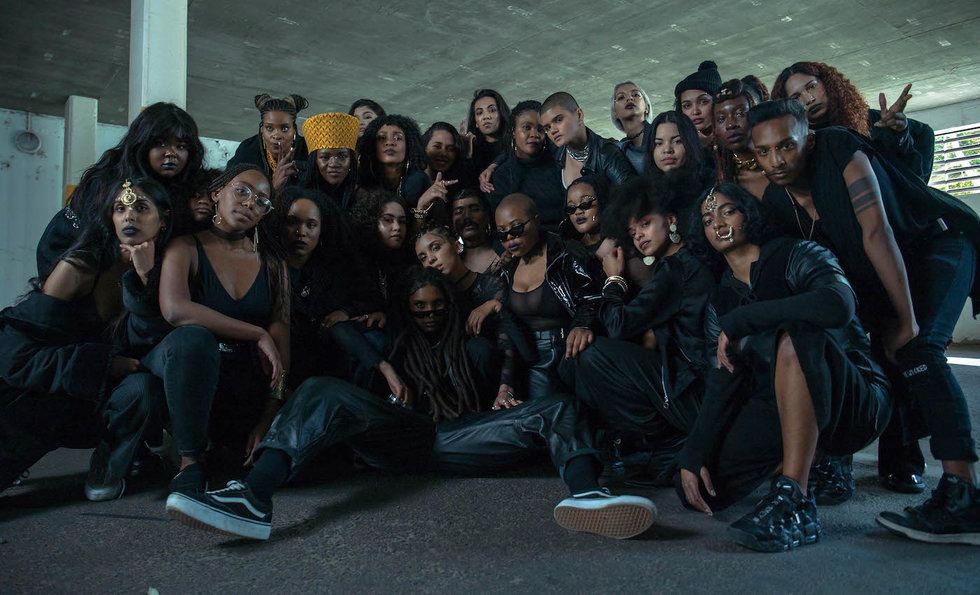 Mr Eazi gets political with his new song and video "Keys to the City (Ogede). In the satirical music video, Eazi puts himself in the running to become president of Ogede (plantian) State, a fictional place—that happens to looks a lot like London—where politics is ruled by the same tactics used by many corrupt politicians: bribery, backdoor deals, greed—we could go on.

South African rapper Dope Saint Jude's latest music video will make you jump for joy. The music video for her latest song "Grrrl Like" showcases black women triumphing in their own terms. In the song, the MC rides a bass-heavy electronic instrumental with her customary verve and conviction. The artist directed the music video, which is part of an upcoming project.

Cassper Nyovest's latest single "Hase Mo States" is another one in which the rapper draws inspiration from kwaito. The song's title makes reference to a Brothers of Peace song of the same name, and the hook is appropriated from Kabelo's "For As Long As Ng'saphefumula." Cassper Nyovest has been on a kwaito streak since he announced his fourth album, which has no title and release date yet. He started by releasing "Getsa Getsa 2.0," which sampled Doc Shebeleza's song of the same name, two months ago.

Tekno and his younger brother Spotless prove that musical talent runs in the family with new single 'The Benz.' The song features blazing mid-tempo production with a sultry Latin flare. Both artists trade lines back and forth throughout the nearly 4-minute track in Pidgin and Igbo.

Just a few days after releasing the music video for A-Reece's "Amber Rose," The Wrecking Crew drops new visuals for a song called "Kim Kardashian" (where are we headed with these song titles?). The song, which is by The Wrecking Crew members, A-Reece, Wordz and Ex-Global, sees them rap impressively, as we've grown to expect from the Pretoria collective. The song isn't necessarily an ode to "Kim Kardashian," but she is being used as a metaphor of some sort for the different women they rap about on the song. "I just woke up, she's on iMessage naked/ If I hit her up, she's gon dash like Stacey,"raps Reece.

In her latest offering, the London-based artist explores her Congolese heritage over an addictive electro-RnB beat. Koko Clay is a London-based artist of Congolese roots who stands out with an inventive sound that blends futuristic soul, retro pop and funk influences.The self-proclaimed "Nubian Disco Queen" returns with a brand new single titled "Motherland" – a bittersweet love letter to her Congolese heritage.

Since breaking into the South African hip-hop scene, Moozlie has successfully leveraged her status in the entertainment industry. She's formed partnerships with Steve Madden for her foray into fashion and previously the now defunct indie label Cashtime Life, which set the tone for SA rap at some point. After appearing on songs and projects by the likes of Rouge, Solo, DJ Speedsta, Kid X, Ma-E and Da L.E.S, among others, she strides as a solo artist on her debut offering titled Victory.

South African veteran singer, rapper and writer, Kabomo recently released a free album titled All Things Red. The album features rapper Khuli Chana and singers Nothende, Siphokazi, Mpumi and Mapula Mahlo. All Things Red is vintage Kabomo, as the artist returns to the mellow neo-soul he has been known for.