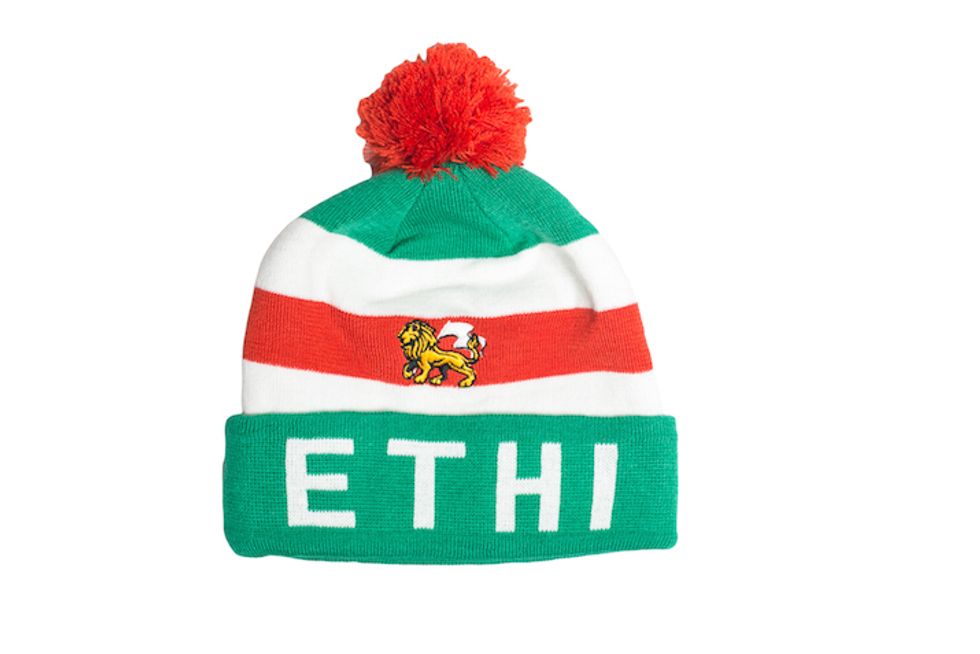 The year's best streetwear, accessories, books and more from Africa and the Diaspora

Throughout the year, we here at Okayafrica have spotlighted hundreds of small business owners and creatives making outstanding strides in fashion, film, art and beyond. With the holiday season upon us, what better time to delve deeper into these entrepreneurs' one-of-a-kind works than now?

We've rounded up the best and brightest brands and products guaranteed to eliminate any last-minute shopping crises and elevate one's gift-giving game. The creators behind these picks selection hail from all over; their signature styles as distinct as their home bases, representing cities like Monrovia, Brooklyn, London, Abidjan and Washington D.C. So, it's safe to say that there's something for just about everyone on your holiday gift list. Browse through our entire guide for some overall inspiration or head straight to a particular category by clicking below.

In 2014, Somali-born short story writer, essayist, critic and visual artist Diriye Osman became the first African to win a Polari First Book Prize (the UK prize awarded to a British author whose debut book explores the LGBT experience.) Osman’s Fairytales For Lost Children tell the stories of young, gay and lesbian Somalis as they navigate matters of family, identity and the immigrant experience in Kenya, Somalia and South London.

New York-based French-Caribbean illustrator and author Paul Louise-Julie’s African mythology comic series debuted earlier this year with an issue about a group of ancient Egyptian werewolves. Louise-Julie, who also has an African-inspired futuristic space opera in the works, says he plans to release part three of The Pack’s Egyptian saga soon.

Africa 39 brings together short stories from 39 writers under the age of 40 from sub-Saharan Africa and the Diaspora. The project was launched at the Port Harcourt Book Festival in October 2014. The anthology includes selections by Chimamanda Ngozi Adichie, Dinaw Mengestu, Taiye Selasi, Lola Shoneyin and an introduction by Wole Soyinka.

Duval Timothy, Folayemi Brown and Fodio Todd are the longtime friends behind the South London-based food platform and supper club known as The Groundnut. This year, the trio shared over 60 of their favorite contemporary African recipes in a self-titled cookbook.

Set in a Nigerian town in the mid 1990’s, The Fishermen centers on a Cain and Abel-esque story of four brothers whose encounter with a volatile local madman leads to a mystic prophecy and a momentous, tragic event. “Awesome in the true sense of the word: crackling with life, freighted with death, vertiginous both in its style and in the elemental power of its story,” Man Booker Prize-winning author Eleanor Catton writes about the book. “Few novels deserve to be called 'mythic,' but Chigozie Obioma's The Fishermen is certainly one of them. A truly magnificent debut."

We Should All Be Feminists –Chimamanda Ngozi Adichie

Chances are you’ve heard the clip of Chimamanda Ngozi Adichie advocating feminism on Beyonce’s track "Flawless." But have you heard the entire speech? Well, the award-winning novelist’s personal essay, which was adapted from her celebrated TEDx talk, is now available in a pocket-sized book. Whether you’ve never heard the speech or you’ve watched it more times than you can count, We Should All Be Feminists deserves a place on everyone’s bookshelf. In fact, Sweden recently made headlines after giving a copy of the manifesto to every 16-year-old student in the country.

Encourage your younger loved ones to sharpen their reading skills with this illustrated book written by Cameroonian writer Nkiacha Atemnkeng.

Nigerian writer Ozi Okaro wanted to provide children from her homeland with an engaging introduction to the vivid cultural experience that is a traditional Nigerian wedding. So, she pulled double duty penning and illustrating The Big Ceremony to help readers learn more about the customs of their ancestors and their heritage.

Sahara Rocks! is the culmination of French author, filmmaker and photographer Arnaud Contreras’ work documenting the Sahara’s dynamic music scene and its tech-savvy youth while traveling alongside artists such as Tinariwen, Bombino and Tamikrest over the course of 15 years. “I want to portray the modernity of young Tuaregs, Arabs, Songhaï, and Moors who share both good and bad news through their social medias accounts and their cell phones,” writes Contreras. “Today’s Saharan music – rock, blues, guitar – is the soundtrack to their wanderings, their parties, their struggles, and the only visa that can permit their culture to cross frontiers." After launching a crowdfunding campaign in 2014, the photobook officially hit shelves in September.