Modenine: "The Ones That Are Against Me Tend to Overlook My Skill & What I Can Do" 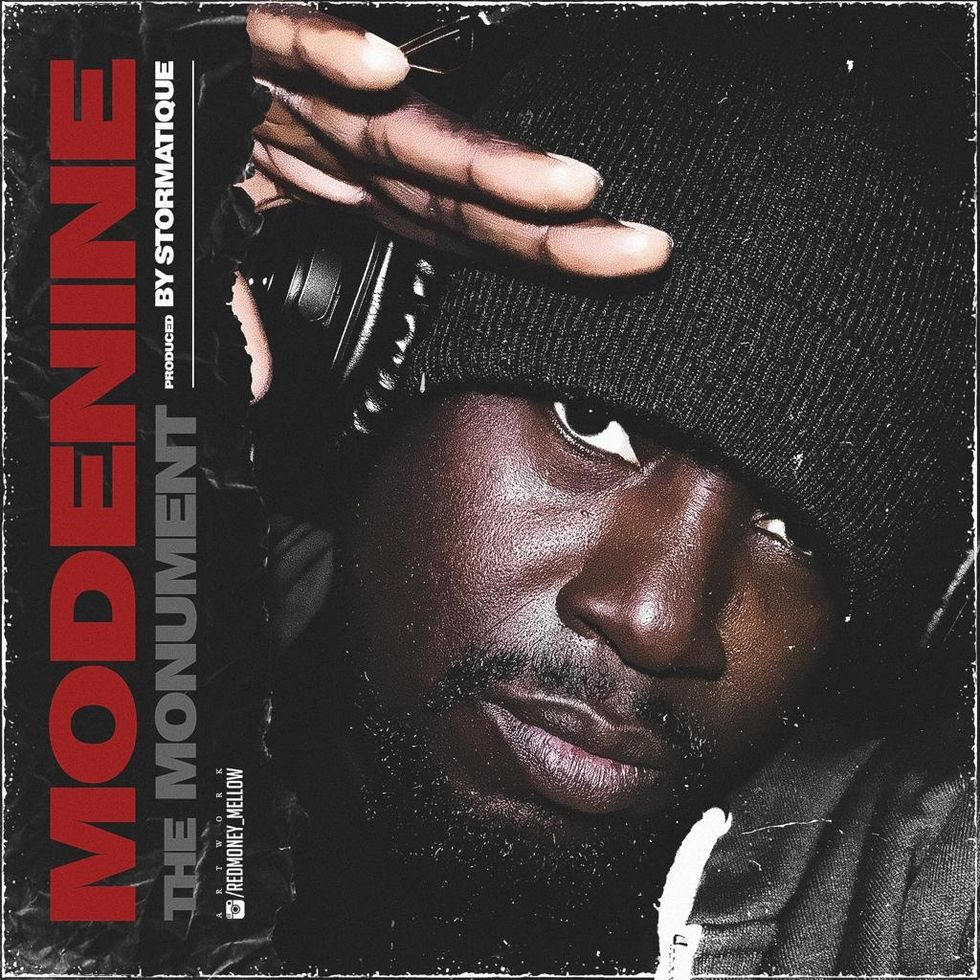 In an exclusive interview with OkayAfrica, the Nigerian rap legend talks about his process and expectations for his new album, The Monument, career longevity, and the place of boom-bap in the age of trap.

Nigerian rapper Modenine's new album, The Monument, is a testament to longevity and a lifetime dedication to one's chosen craft. It is also the tale of a rap legend who is puzzled that his vitality has somehow marginalised him, while a continuing stream of weaker or newer rappers are celebrated on account of their youth and ever changing trends.

This is the eleventh studio album by the rapper, whose output includes six mixtapes and numerous singles. The new record is entirely produced by Nigerian producer, Stormatique, whose brother MCSkill Tha Preacha is the only featured artist on the album.

The sole production work and sibling association suggests an organic assembly of all of the eight songs that make up The Monument. This is not the case. Five of the songs were recorded in 2012 for a different project and in conjunction with a German producer who delayed further work on it. As a result, the project was brought to a halt and the songs subsequently vaulted for six years.

"I was like, 'man, I'm tired' " Modenine recalls his exasperation.

Fed up of waiting, he passed on the verses and hooks in a cappella form to Stormatique who then built around them instrumentation that is faithful to boom-bap beats—a recognisable template of scratches, samples and a combination of bass and snare drums that defined '90s hip hop in the East Coast of the US.

Speaking over the phone in London, where he moved two years ago from Nigeria, Modenine is both a patient listener and combative speaker, if prodded. It should come as no surprise from a renowned battle rapper. But attendant reasons contribute to his intolerance of lazy interview questions or disregard for his art—real or perceived—much of which is steeped in the lore and idiom of a rap era that would seem positively alien to a teenage trapper in 2019.

Two songs carry Modenine's present career frustrations. One is "Lyricist Woes" where he complains: "fans desert me, few show me love, the rest cut me off curtly." He emphasises similar sour points on "Check For Me" where he sneers at fickle fandom: "they hit me up say they don't fuck with iTunes, begging for a free link to download my tunes."

I ask Modenine just how frustrated he is with the respect fans and the industry in Nigeria show to some of his recent releases, to which he says, "mostly the industry not the fans. Jimmy Jatt [a foremost Nigerian DJ] is an industry guy and he's showed me so much love and a lot of guys have showed me love. It's not all of them that are against Modenine. The ones that are against [me] tend to overlook my skill and what I can do."

It comes as a little relief to hear of those who have been stalwart to the legendary rapper. But Modenine is also quick to consider his own faults in some of his broken relationships when he adds that "sometimes I can be a little bit standoffish, I like to keep to myself for the most part because of the way people have a Judas mentality. It's very rampant in the industry."

The fourth song on The Monument is "Ghetto," a survivalist tale of growing up disenfranchised, and not one which Modenine claims for himself. Born Babatunde Adewale to Nigerian parents in east London, his family moved to Lagos when he was a pre-teen. The switch from Hackney to Agege opened up vistas of new experiences for the young Adewale.

He talks with renewed wonder of witnessing for the first time, haphazard traffic, open air cooking with firewood, public arguments and skirmishes between bus conductors and passengers: "it was just like a mini-movie, like going home every day from work or going to school and going back from school. It's just like a movie every single day".

The descriptive cataloguing in "The Ghetto" makes for a vivid portrait of these formative years. It is also, for this writer, reminiscent of Sticky Fingaz' own song of the same title. Modenine admits no knowledge of this song but he acknowledges two figures synonymous with the ghettos of Lagos in singer Daddy Showkey and Vocal Slender, a bin scavenger turn performer, and the subject of a BBC documentary in 2010. These are not shout outs to bring authenticity to the song but the result of long running relationships he's had with both totems of ghetto survival.

On the album's second song, "Your Bad,", a former lover is refused when she returns after the rapper has signed a deal and is enjoying life as a touring musician. "Reptilian Vixens" is about gold-digging models at his video shoots, while "Mystery Girl" starts out as an ode to the perfect woman, but takes a narrative twist towards the end.

Of the three aforementioned songs, not one is an out-and-out attempt to court a real or imagined female audience. Creative instinct would seem to come before thematic considerations in this instant. In the rapper's own words, "the type of women that listen to my music, they will break down the lyrics I didn't know existed in my own songs. Everybody knows and I used to tell producers 'listen, refrain from giving me your hard beats, give me your musical beats.'"

The release of The Monument marked new changes for Modenine, not least in the precise way he writes and records his vocals. Where he's always written lyrics on paper, for the first time in a long career "I was on the go, right? And so, I was typing everything." For 17 projects until now, he stood up to voice in the vocal book with the producer on the boards as was customary. For this album (and perhaps henceforth) he chose to sit each time because "I found out that it sounds much better and it's easier for me to edit."

Our interview led to an unexpected revelation. Modenine is now seriously pursuing music production, or rather more than he'd done in the past. Sensing my surprise, he proceeds to educate me on his considerable yet unshowy body of producer credits beginning with Asphyxiation, an EP he produced for Aina More, a female MC and poet. The list goes on: "150 Bars" (Malcolm IX, 2004) "Gentle Wind" and "Legal State of Mind" (Pentium IX, 2006) "Regular Guy" and "Spectacular" (E' Pluribus Unum, 2007). "Why I feel like I'm a new producer is because I bought hardware" says the rapper of the MK3 and MIDI Controller production equipment he recently purchase, after years of using computer-based softwares.

Modenine may yet convince as a beat maker and his continuing relationship with boom-bap from the '90s may place him at great odds with trap or "drip drip music" as he calls it. But by virtue of lyrical vitality and considerable body of work, he remains a one man rap institution.

The Momument is available now.