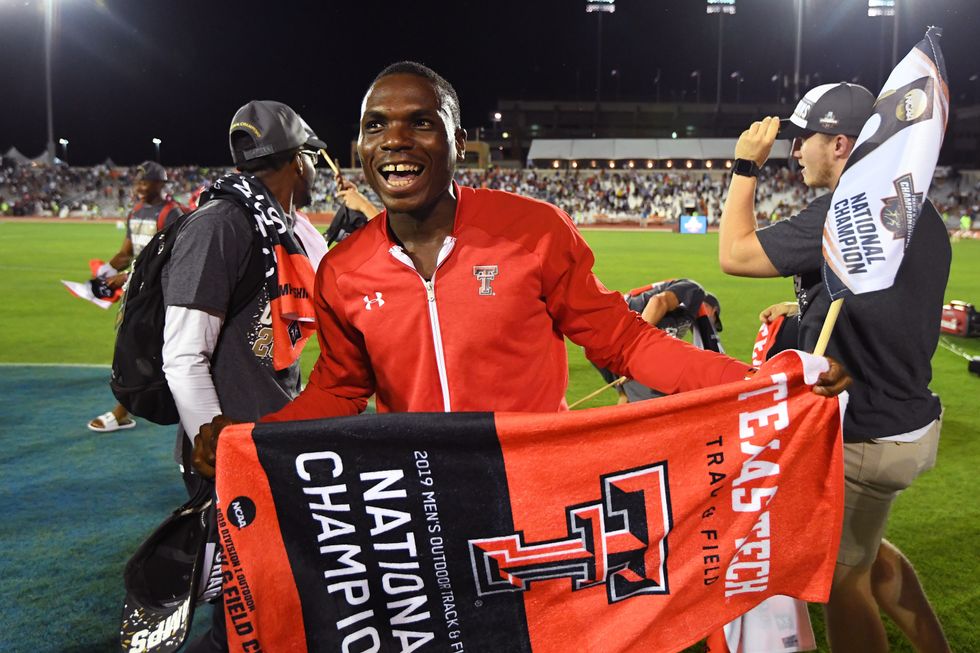 The Nigerian track star is unstoppable.

Nigerian-born track star Divine Oduduru is showing no signs of slowing down.

The 22-year-old student athlete who attends Texas Tech University, has been named the Men's Track Athlete of the Year by the US Track & Field and Cross-Country Coaches Association (USTFCCCA). He is the co-winner alongside Grant Holloway from the University of Florida.

The news comes after the athlete announced his plans to pursue a professional career last week, which means he won't be completing his senior year at Texas Tech. "It's a tough one," said the athlete of his decision to turn pro. "This is my family. This has been my home. And you deciding to leave your home and go see the world, it's a difficult one, but sometimes it's the choice you have to make. I talked about it and we have a discussion with the coaches and everything, and they were like, 'It's time for you to go.' "

The athlete has certainly earned the title of Men's Track Athlete of the Year, considering all he's accomplished so far in his short career. He became the second fastest African athlete ever, just after Olusoji Fasuba, when he ran the 100m in just 9.86 seconds, and he's already booked for the 2020 Olympics, as Konbini notes.

In May, he broke the 100m record at the Big 12 Outdoor Championships, making him the first-ever athlete from the Big 12 Conference to be named Men's Track Athlete of the Year. Major Congrats to Oduduru.