Interview: Tems Is On a Mission to Take Over

We sit down with the rising Nigerian artist to talk about her process, influences and the massive success of "Try Me."

With singles "Looku Looku," "Mr. Rebel," and the viral hit "Try Me," singer-songwriter & producer Tems has cemented her place as one to watch in 2020.

Tems wants to take on the world. The de facto leader of the Rebel Gang, as her fans call themselves, is determined to remain true to herself by consistently keeping things light while pursuing her undying love for music. "I'm literally just trying to chill. You see me here drinking tea. This is like my second water," she mentions.

We had a chat below with Tems about her journey thus far, her future endeavors and more. Read ahead for the interview.

If you could describe yourself with a song which song would you be?

I would say "Mob Ties" by Drake.

Right now, I'm in a space where I need to be super real with myself. This also applies to the people around me. Everyone needs to be on a hundred. I'm just trying to be 100% focused on my work. No distractions. No sentiments. No pretense.

"I'm just trying to be 100% focused on my work. No distractions. No sentiments. No pretense." 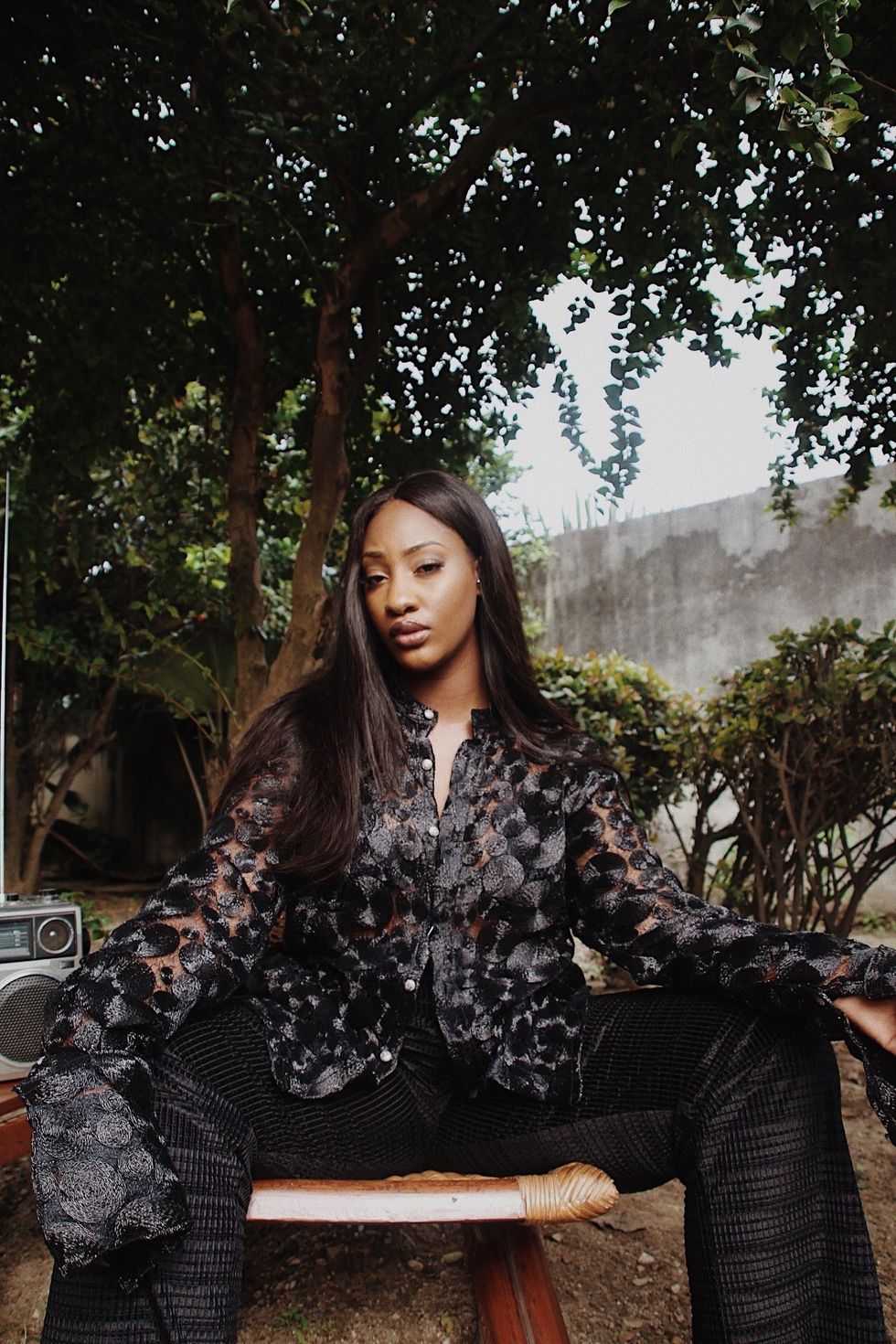 At what point did you decide to pursue music?

It was probably when I was 13. I thought to myself "I'm kinda good at this thing. it's the only thing that comes naturally to me." I could make a song about Cornflakes if I wanted to, or I could just wake up and see a bird eating a worm and make a song out of that. It was just very easy, it wasn't something I had to try for. So I understood music to be my thing and no matter what it was going to take, I had to end up in it.

This last decade we've seen genre lines being blurred on a big scale. As an artist contributing to this phenomenon, what's your take on that?

I think it's a good thing. I feel music should be categorized but it shouldn't be categorized in a way that limits an artist. It's like telling me what to choose. I like music, that's it. Before I knew about genres, I knew about music. I remember googling R&B. That's how much I did not know about genres. Before then, I was already writing songs. Imagine if someone had said "Oh you should do R&B. That's what you're good at." "Try Me" isn't R&B, reggae, or pop. I mean it has pop elements but it's not pop. I think genres being blurred means progress.

Music just comes to me in my everyday movement. I draw inspiration from the things around me and the things I hear. Then I go to my laptop and see what I can do with it. It's only when I need to record the song that I head to the studio. But most of it happens in my bedroom.

What was the story behind "Try Me"?

I was actually freestyling when it came to me. Freestyling, for me, feels like a release. A lot of things I feel, I can't explain, I just sing it. So it was one of those days when it was just inside me. I don't know where it came from. By the time I finished, I knew I had something special.

Did you envision its popularity?

Not at all. Even now, it's still hard to process. But I do remember praying on the release day and saying to God that it doesn't matter how many people like the song as long as it reaches someone, somewhere. After I record a song, I listen to it a thousand times. When it's released, I don't go back to listen to it again. So when everybody was going crazy over it, I was like "Huh is this the same song? Is it that great?" [laughs]. I really didn't expect any of it. We didn't spend anything on promotion. Everything happened organically. The fact that so many people resonate with it makes me feel really good. I'm happy they can feel it. 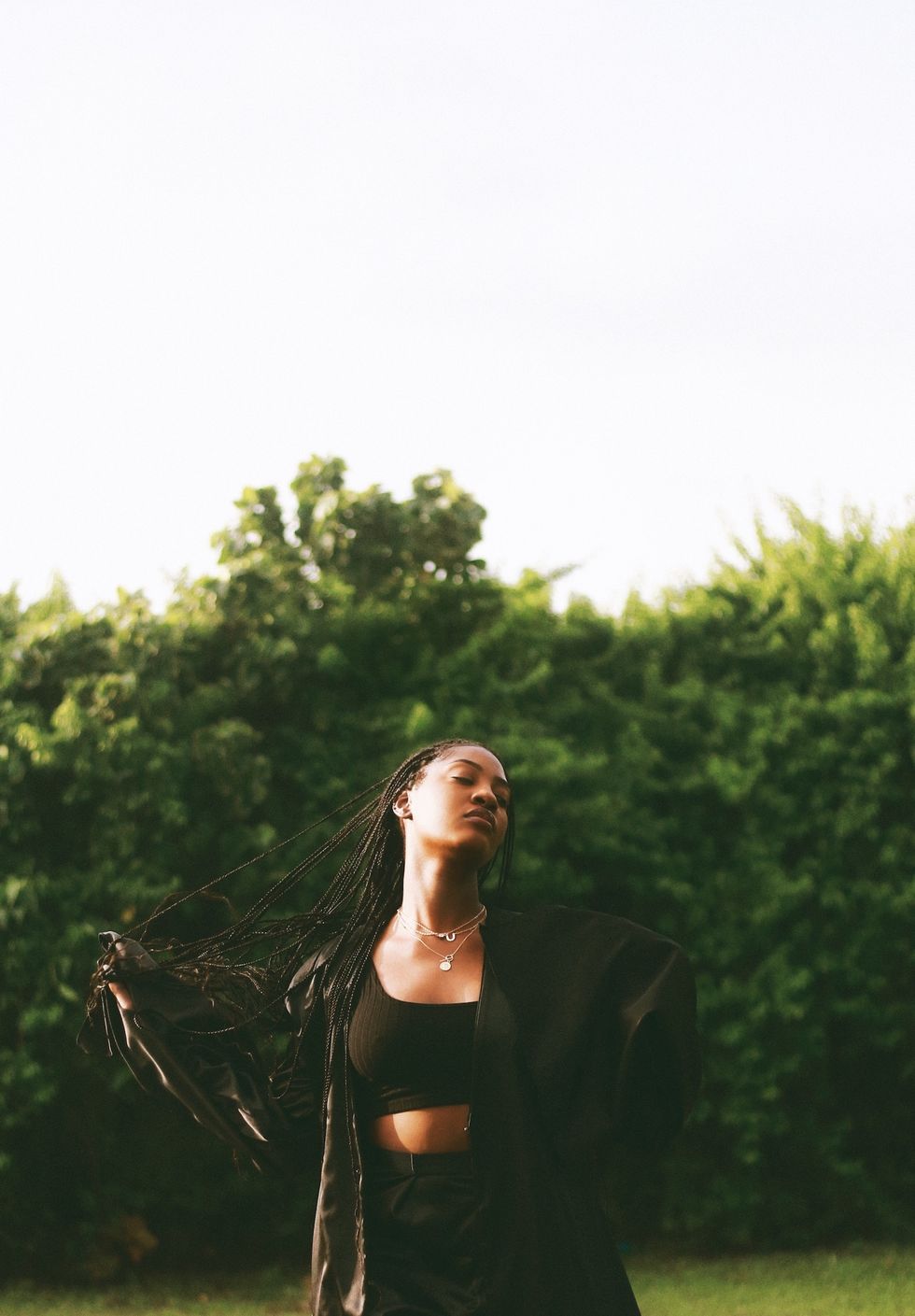 Considering how well "Try Me" has done, do you feel any pressure to switch things up in order to outdo yourself?

I'm always going to switch things up naturally because no song I make is the same. Before I released "Try Me," nobody expected me to release a song like it. So I don't feel any pressure because I know someone will connect to the song in the end. I try not to worry too much about it. I just focus on the music because it has to be pure and 100% undiluted. If I make every song with pressure, it'll sound different and I can't afford that. It is unacceptable.

Do you think a part of the freedom from pressure stems from you being an independent artist?

To be honest, even if I were to sign to a label today, the terms will be such that they're just going to have to take me as I am. The truth is I've been doing this by myself and the success is all organic. I've never struggled. It's honestly just God.

For starters, my entering music at all. Anything that I'm doing with music to me is rebellious because it wasn't expected of me. Many people envisioned me pregnant by 25, married, living in a small house, traveling for holiday with the kids [laughs]. They didn't know who I was. Even my friends didn't see it happening even though I used to talk about music all the time. They thought I would be one of those people that go "I could have sung." The real Tems is rebellious and fearless. I mean I've jumped out of a plane. I'm driving in Lagos now. I can enter "streets" [laughs]. I've stood up to a couple of people. I'm not afraid to stand up to anyone.

"The real Tems is rebellious and fearless."

What has been the most memorable experience so far in your career?

I had a show in Abuja called the Festival of Lights. There were so many people in the crowd and they were all singing along. The love was just so real. When it was time to leave, there were people following us till we got to the car. It was just really crazy. I couldn't believe it. I still can't believe it. That was when I realized things have actually changed. 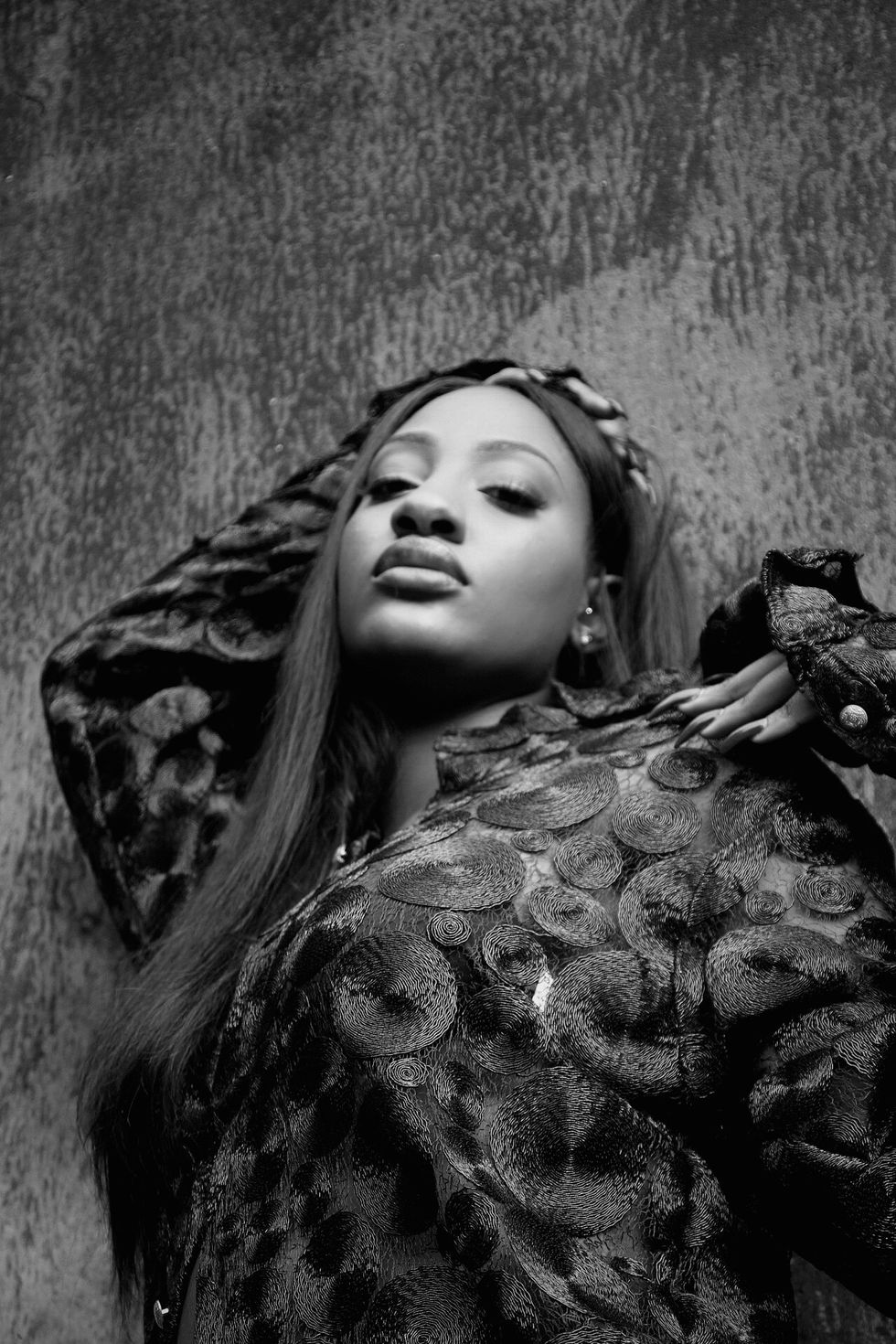 What do you have in store for the new year?

More music. More me. I'm working on a lot now. I mean I'm the kind of person that doesn't intend to put people in suspense but I just end up doing that [laughs]. I won't announce anything is coming out 'til I know for certain there's no going back whether I like it or not. I don't want to give people a timeline and not stick to it in the end.

[Laughs] Yeah. It's all going to come. Definitely more than three songs this year. There's going to be singles, collaborations, and joint projects. I'm just hoping people can trust me. As I said, I can't work with pressure on my mind. There might be pressure on the outside but I can't let it into my head.

What artists are you hoping to collaborate with in the near future?

Locally, I'm definitely hoping for Burna Boy, Wizkid, and Niniola. I'm also hoping for my friend, Dami Oniru. I'm hoping we can release some of our collaborations. Internationally, I'd like Stormzy, Ms Banks, and maybe Khalid. This is the longest shot ever but I want to work with Frank Ocean. Koffee as well! She's top on my list.

Félicity Ben Rejeb Price represents a new generation of imagery in Afro-French hip-hop culture, with clients including top French acts like Dadju, Aya Nakamura, Gims, Niska, SCH and Soolking. She also has a growing catalogue of editorial campaigns for the likes of Adidas, Uber and Converse.

Her current role is a combination of everything she's done so far. A jack of many trades, she's played her hand as an interior decorator, publicist, set designer, stylist, casting director, photographer, and ultimately, artistic director. The detail-oriented Félicity relishes at being able to select the location, models, styling, and the method of filming for her projects.

Félicity dominates a masculine industry with illustrations that go beyond the typical rap video starter pack—comprised of cars, scantily-clad women, alcohol, and money. Her formula is: film music videos that are mini-films where women such as herself are treated as equals rather than objectified, while also sprinkling in a number of lights and colors.

It's Saturday afternoon in Arizona, where Félicity is shooting a new music video. She pauses to speak with us on the phone about the trajectory of her career.

The article below has been edited and condensed for clarity.