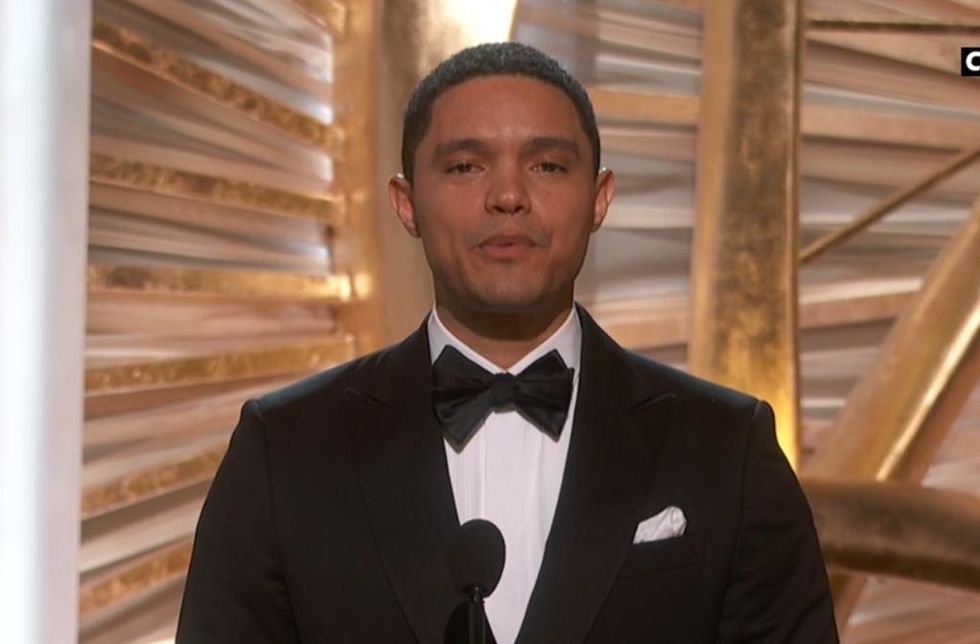 You'd want to know what he really said—we're here for it.

Trevor Noah just gave us the comedic relief we didn't know we needed during the Oscars.

While presenting the montage for "Best Picture" nominee Black Panther, Noah touched on the "universal appeal" of the Marvel story while throwing shade at those who really believe Wakanda is a real place, greeting him with "Wakanda Forever."

"Growing up as a young boy in Wakanda, I would see T'Challa flying over our village, and he would remind me of a great Xhosa phrase," he says, "'Abelungu abazi' uba ndiyaxoka'—which means, 'In times like these, we are stronger when we fight together than when we try to fight apart."

Thing is—that's not what the phrase means.

Despite folks fawning that he spoke his mother tongue, he instead did a solid for the Xhosa speakers paying attention.